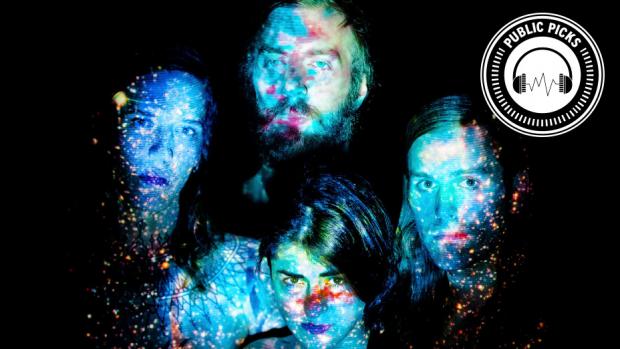 Featuring a who’s who of Buffalo musicians—John Toohill, Ryan McMullen, Doug Scheider, and Irene Rekhviashvili, Alpha Hopper are an indie noise punk band from Buffalo. Last week, the band released their debut full length record, Last Chance Power Drive. The 12-track record is loaded with deranged noise punk tracks—all clocking in at less than three minutes each—that are likely to both whip listeners into a frenzy and mesmerize them.

The record, which was recorded and mixed a Mammoth Recording Studio was released by the Buffalo-based indie and punk label One Percent Press and will be pressed to smokey blue vinyl. The pressing will be limited to 300 copies, which will include a high-quality MP3 and FLAC downloads.