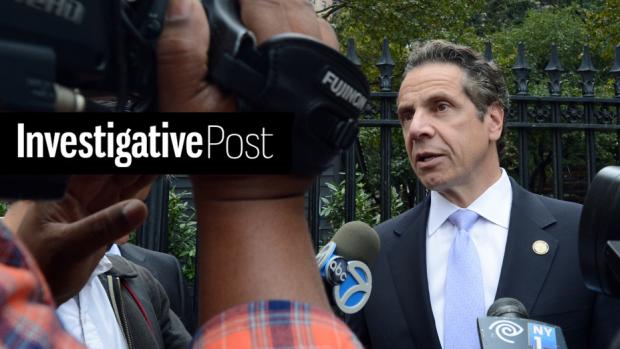 Revitalizing the upstate economy was job #1, or at least #1B, when Andrew Cuomo took office as governor in 2011. Since then, Cuomo has spent a fair amount of tax dollars, as well as his own political capital, advancing a number of economic development initiatives.

First and foremost, there’s been the Buffalo Billion, and in particular, the $750 million SolarCity plant. There have been other costly initiatives along the Thruway corridor, including a drug manufacturing plant in Dunkirk, photonics center in Rochester, high-efficiency light bulb plant in Syracuse, and two high-tech facilities in Utica.

Big job promises have accompanied the projects, starting with 1,460 jobs—no, wait, 500—at the SolarCity plant.

The numbers say otherwise, however.

New York State Comptroller Thomas DiNapoli issued a data-laden report earlier this week that concluded: “The pace of job growth upstate continues to lag well behind downstate New York’s and the nation as a whole.”

Three upstate regions have added jobs, including Western New York, while five others, including the Southern Tier, have lost jobs since June 2009, when the recession was officially declared over.

Western New York added more jobs in the leisure and hospitality industry than any other sector, some 7,300 positions from 2010 through the end of last year. The problem: The jobs pay an average of $21,400 a year.

Compare that with, say, the Finger Lakes region that includes Rochester, where the biggest job gains come in the business service sector that pay an average of $63,500.

While Western New York is adding a lot of low-paying service jobs, we’re shedding more jobs in government than in any other sector. That’s not necessarily a bad thing, but keep in mind the jobs we’re losing pay an average of $51,900.

In other words, we’re shedding high-paying jobs and replacing them with lower-paying ones.

Then again, the DiNapoli report also said wages are on the rise, a good thing considering upstate wages on balance tend to lag behind the rest of the nation. Most upstate regions, including Western New York, reported average wage growth that outpaced inflation from 2010 to 2015.

On balance, the DiNapoli report demonstrates that the upstate economy, while doing a bit better, is hardly thriving. The same can be said of the Buffalo area.

Which raises the question: Are taxpayers getting a good return on Cuomo’s investment in upstate? The numbers suggest we are not.

Jim Heaney is founder and editor of Investigative Post, a nonprofit investigative journalism center focused on subjects of interest to Western New Yorkers.