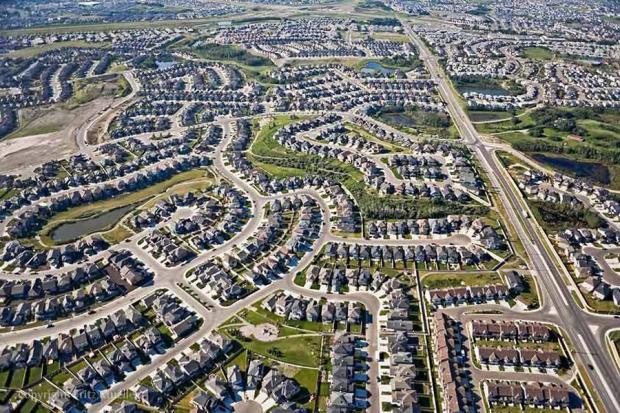 Canadian spending on the Buffalo side of the Niagara isn’t returning soon. That means that the budget planning of local governments—plans that include the effortless arrival of $30 million or so more in free dollars a year—will have to change. (Both the elected Erie County comptroller and the appointees of Erie County’s control board have gleefully gone on record that the Democratic county executive will be short $10 million in sales tax receipts this year.) We’re going to watch some ugly politics unfold in the next while as suburban officials go full Paladino in blaming civil servants, teachers, and uniforms for inevitable property tax increases.

We’ll get to that.

There’s a cluster of lows—low oil prices, low commodity prices, a currency that’s slumping and that most expect will keep slumping, and low or negative economic growth going on in Canada.

And, confusingly, there are highs, too—high real estate values, high immigration, significant upticks in US tourists who love the cheap Loonie and the feel of going to Europe without the fret about random death cult violence.

But the Canadian bankers are fretting. They know that it was unreconstructed Glass-Steagall regulation that spared Canada the real estate bubble that burst disastrously in the US in 2008. The Canadian bankers don’t want a bubble, because there’d be no Bush-Obama government bailout for them. The bankers want tighter mortgage rules, higher mortgage rates, and new taxes on some transactions.

That very rich, very sophisticated society is, however, very conflicted. And nowhere is the allure of real estate riches more evident and the politics of short-term gratification written more boldly into the landscape than in the part of Canada that used to shop at the Walden Galleria and the Niagara Falls outlets mall.

Oh, how it pains me to say so.

I’m a close student and true fan of Canadian innovations in planning and governance. I get a thrill whenever I read the plain-spoken reports from the biggest Canadian banks, and from the Toronto version of the chamber of commerce, which stomps loudly for publicly funded infrastructure, especially public transport, to end the Toronto traffic nightmare.

There’s a recent unhappy report on Canadian energy that sums up just how behind the curve the country is, because everybody believed in $100-per-barrel oil forever, or at least $70-per-barrel oil, like Harvard’s Maugheri predicted when he was thumping the tub for North American energy independence.

But pay attention anywhere on your drive from Niagara Falls to Peterborough, or between Brantford and Orillia: You’ll get an abrupt lesson in how truly unsustainable American-style, car-centered suburbanization is in precisely the place whose leadership was supposed to have been smart enough to avoid the big bad Yank’s mistake.

An ancient Brit observed that government was actually a conspiracy of a few rich men, dressing up their private drive for more as everyone’s patriotic duty.

I think of them when I leaf through the bookmarked Toronto Globe and Mail editorials of a year or two ago, in which those stern scholars hectored all Hosers about their national interest in the filthy tar sands of Alberta, ignoring all the ringing alarm bells. But they timed their instructions poorly: As Justin Trudeau took office, as the Saudis pumped more liquid low-sulphur crude, as Americans nixed the Keystone Pipeline, as prices plunged, and with them, Canada’s prospects, they sang the praises of $50-per-barrel oil—because they simply cannot detach from what they know, despite the very strong possibility that this particular commodity has no future.

But now, with Justin Trudeau and his inclusive and vigorous mien, there’s hope, right?

Yes, at least a bit. Trudeau’s pledge of an Ontario Half Billion for transportation will get Toronto’s subways fixed. That money, plus the Kathleen Wynne Billion for Trains announced last year, will get some of the insane congestion off the QEW and the Gardner.

But the numbers don’t really crunch. The commitment to sprawl has already been made. The new bedroom communities all over the northern and western Toronto ex-urbs, and in the Niagara region, are isolated pods of suburban monoculture connected to the metropolis via roads designed for cars fueled by tar sands oil.

Which is to say, the prosperous society nearby is stuck on the road to the new nowhere—a far-flung zone of congestion serviced by multinational retail outlets that can only be driven to because there is no possibility of walking, biking, or taking a bus, streetcar, subway, or even an interurban electric train to a Canadian shopping center or outlet mall, because the Canadians believed their oil tycoons for a generation, and did what Americans did.

Maybe they’ll all drive Teslas. Or electric Toyotas built in that Lexus/Toyota plant in Cambridge. The one that mainly builds Canadian-made cars like Adidas builds German -made sneakers: with the latest in non-union, no-overtime, zero-sick-days employees money can buy, i.e., robots.

Beware of the small men and women who will pantomime Carl Paladino, Bill and Melinda Gates, Arthur Laffer, and withal channel the late Jack Kemp when they say, as they will, that the way to deal with the loss of Canadians’ sales taxes is to cut government here further, the better to stimulate economic growth.

Here’s the problem with living next door to a country that’s going to need a turnaround: Their currency will stay cheap, their real estate bubble will soon enough pop (thus bringing commercial and industrial land prices low again), and the rational survival strategy for this happy corner of the Rust Belt is to sell them as many Solar City panels and Tesla batteries and Riverbend LED lights as we can possibly make. And to use our Canadian revenue crisis as the new rationale (as we always seem to need a new one) to regionalize, consolidate, and merge our way out of needing their money—because it isn’t coming back.