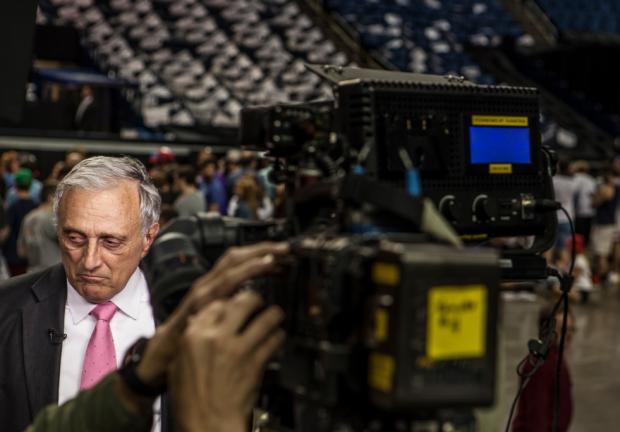 If you haven’t yet read the blockbuster reporting from Channel 7’s Charlie Specht regarding the ongoing cover-up and coddling of predator pedophile priests in the Buffalo Diocese, you should do so here and here. Specht’s evidence shows that Bishop Richard Malone knowingly placed priests who had been accused of predatory sexual harassment of adults and children in situations where their crimes could simply be repeated against a fresh batch of victims.

Given the choice between siding with abused parishioners or predatory pedophile priests, alt-right frotteur Carl Paladino sides with the pedophile priests and is very upset that their crimes—and the diocesan cover-up—are being exposed.

In this idiotic Paladino e-mail missive, he pays lip-service to the “pain” of the victims of pedophile priests whose crimes were systemically covered up by the Church heirarchy for decades in Pennsylvania and Buffalo. But then he launches into a non-sequitur tirade against his biggest enemy: the free press that reports on him and his racist, dumb antics. What do the roster of Buffalo News writers and editors he name-calls have to do with anything? Paladino implies that they have some sort of unnamed secrets in something called an “anxiety closet”, and are presumably unworthy to comment on the topic of priests raping children.

I think pretty much anyone has the right to be outraged by priests raping children. Even, e.g., moral giants like guys who tell their wives about their secret love child the week of their son’s death.

Paladino is furious—furious—that the media have forced the diocese to release the names of a fraction of its clergy against whom credible accusations of predatory sexual behavior had been made. The diocese has the names because it investigated the allegations, and then covered them all up. The media aren’t the villains here, Carl. It’s your beloved Church: the one that presumably still welcomes you despite your adultery and hateful racism.

But Carl comes to the rescue for priests who “invested their lives in the pain of the poor, sick and downtrodden” and have earned the right to due process. He rhetorically asks whether his media and political enemies ever considered the right of an accused to confront their accuser and be tried by a jury?

The problem is that when a priest —a holy person of authority within a hierarchy that demands obedience to that authority—molests a child, that is a massive and deeply traumatic event for that child. In the few instances when people made a complaint, the Church covered it up or simply moved the perpetrator to a new parish. Consider,

Researchers, advocates for abuse victims and the victims themselves say it can take years, even decades, for victims to come to terms with what happened to them as children, and speak out about it or go to court. That’s why proponents of the Child Victims Act insist it contain a one-year window for victims to file lawsuits over abuses that happened long ago.

The Buffalo Diocese has paid out at least $1.2 million to victims of predatory clergy over the past two decades. (Not counting this $1.5 million in 2016.) More often than not, the child is too afraid to make a formal complaint. The statute of limitations, as Carl—a lawyer very concerned about the Constitution—would know, is effectively age 23 for a child victim. The Child Victim’s Act found bipartisan support and passage 139 to 7 in the New York State Assembly, but the Republican State Senate blocked it. The bill would allow for a one-year window for victims to bring claims even if the statute of limitations had expired.

Does Carl, the pedophile defender, know which group is lobbying hard against the pending Child Victim’s Act? New York’s Catholic Conference has spent $1.8 million over six years in a lobbying effort to prevent victims of pedophile priests to seek justice. Justice in court. Where victim and accused alike are entitled to due process. Where the accused priest and diocese would get to confront their accusers. Carl’s Republicans have blocked that opportunity. How convenient for him to take to his email list to demand justice and due process, while his party blocks exactly that in the legislature.

Carl goes on to whine about Chris Collins and his felony indictment, and all of it can be boiled down to one salient point:

Given the choice between supporting the victims or perpetrators of sexual abuse by Catholic clergy, Republican avatar and alt-right frotteur Carl Paladino sides with the predatory pedophile priests.