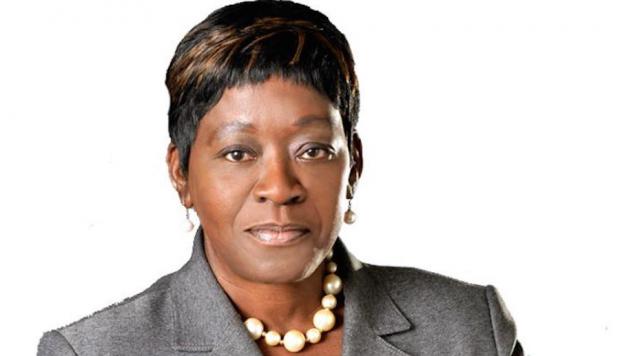 Assemblywoman Crystal Peoples-Stokes has bottled up some important government contracting reform bills in a committee she chairs. Why?
by
Jim Heaney
/ Aug. 29, 2018 8am EST

A lot of issues scream for reform in Albany: ethics, campaign finance, cash bail. But nothing rivals state contracting practices, not in the wake of the corruption convictions of Alain Kaloyeros and three developers who contributed heavily to Andrew Cuomo’s gubernatorial campaign, including Lou Ciminelli of Buffalo.

Yet here we are, 21 months after the indictments, two months after the convictions, with no reform. Yes, Cuomo has proposed a handful of changes, but they satisfy practically no one. Meanwhile, a trio of bills sit stalled in the Assembly, a victim of Speaker Carl Heastie’s willingness to appease the governor by refusing to bring them up for a vote.

Heastie has a willing accomplice in Assemblywoman Crystal Peoples-Stokes, who has kept two of the measures bottled up in the Government Operations Committee that she chairs.

“I’m not blocking reform,” she insisted in a recent interview with me.

The most important of the bills, dubbed the Procurement Integrity Act, was approved by the state Senate in May by a 60 to 2 vote. The Assembly’s companion bill has no fewer than 37 co-sponsors. Yet Peoples-Stokes won’t release it from her committee for a vote, no doubt in cahoots with Heastie and Cuomo.

Among other things, the bill would:

Peoples-Stokes’s stated reasons for opposing the bill are that it would endanger UB 2020—which is geared toward improving the school’s standing as a major research university—and hurt companies owned by minorities and women. I pressed her for specifics during my interview with her and she offered few, save for a general concern that restoring the state comptroller’s power to review SUNY-related contracts would delay construction projects.

To which the comptroller’s office replied: We take an average of 7.5 days to review contracts.

“I would struggle to see how [the bill] would endanger that program,” said John Traylor, the state’s executive deputy comptroller.

As for Peoples-Stokes’s concerns regarding minority and women contractors, Traylor said: “We think our bill would add protections, not take them away. So we’re frankly kind of perplexed why she keeps raising the issue.”

There’s room for honest disagreement, but it’s telling to me that Peoples-Stokes, in her role as committee chair, has not held a single hearing on the bill during the last two legislative sessions. That’s what a chair typically does when he or she wants to work toward a solution.

Likewise, Traylor said neither Peoples-Stokes or her staff have responded to invitations from the comptroller’s office to cite specific problems or propose amendments.

Instead, Peoples-Stokes is preaching patience. She wants the UB 2020 program to unfold for two more years before revisiting the issue.

“I’m asking the 37 colleagues who are sponsors of that bill and the other of the 150 of us to give SUNY an opportunity to play out to 2020,” she said.

Why the lack of urgency?

She doesn’t necessarily think New York State has a corruption problem that legislation would fix.

I asked her point-blank if New York has a corruption problem.

Her response: “I think America has a corruption problem.”

“I think America has a corruption problem.”

Let me get this straight: The Buffalo Billion scandal unfolded in her backyard and she doesn’t see a need to act to make sure it doesn’t happen again? Whose interests is she looking out for? It’s certainly not the taxpayer’s.

A second bill also sits in her committee, one that would make Fort Schuyler and Fuller Road subject to the state Freedom of Information Law—a measure they long refused to acknowledge and now follow on what they say is a voluntary basis. Those two state nonprofits have played all sorts of games trying to avoid scrutiny of the dirty deals they’ve cut. They should not have the option of whether to follow the FOI Law.

Also stuck in committee—Ways and Means, chaired by Helene E. Weinstein of Brooklyn—is the so-called Database of Deals. The bill would require the state to track all the money it hands out in the name of economic development and post it online in a format that would enable the public and policy makers to see how some $4 billion a year is being spent and whether subsidy recipients are delivering on their promises.

The bill was approved by the state Senate in May in a unanimous 62 to 0 vote. The Senate, mind you, is controlled by Republicans, the Assembly by Democrats. It’s clear that the Democrats are the ones blocking reform. Their governor created the mess and they refuse to clean up after him—at the peril of state taxpayers.

Jim Heaney is editor of Investigative Post, a nonprofit investigative journalism center focused on issues of importance to Buffalo and Western New Yorkers.