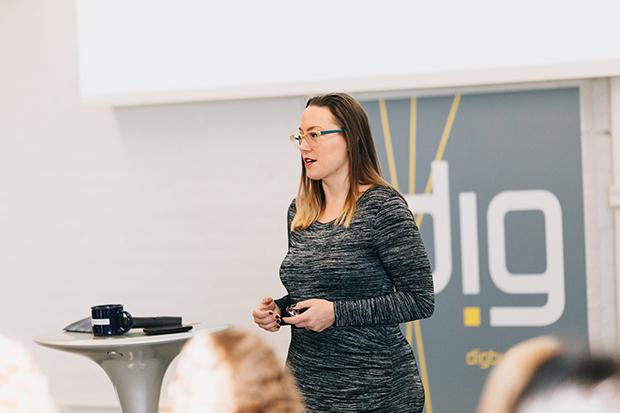 Dana Saylor is a woman of many talents and interests: She not only draws and paints local architecture, she researches the histories of houses and buildings for their owners and for preservationist organizations. As an event organizer, she was instrumental in the creation of the first City of Night extravaganzas, which drew thousands to Silo City for a circus of performances, tours, and art installations. Her most recent project is the Buffalo-Niagara Tesla Festival, conceived with fellow event planner Martin McGee, which celebrates the local and international legacy of the inventor and visionary Nikola Tesla, whose experiments with and advocacy of AC power generation and transmission had profound effects on the region. The latest from Saylor and Mcgee is the Electric Circus (“Party Like It’s 1899”) at Lakeward Spirits (65 Vandalia Street) on September 22. There will be art, music, edifying exhibits, and of course food and drink, all intended to shed light on one of the most brilliant and enigmatic personalities of his era, and his deep relationship with the Niagara Frontier.

Saylor is also the author of a weekly email called Dana’s Updates, in which she lists goings-on about town of particular interest to her: readings, art openings, demonstrations, lectures—you name it. (The most recent update included a guided bike ride through the Fruit Belt, a vintage game night at the Theodore Roosevelt Inaugural Site, a happy hour at Community Beer Works benefitting the Buffalo Parent-Teacher Organization, and Queen City Gallery’s “Art Under the Stars” exhibit this Friday at 64 College Street, among other big doings.) It’s the kind of curated list that is useful to newcomers and veterans of the cultural scene. We recently asked Saylor about both endeavors.

Tell us who you are and what you do around here.

I’m an artist, historian, event planner, and general community activist. I am interested in emotional connection with place: why people have it, and how to create it.

When did you start “Dana’s Updates” and why? And why an email, when so many folks seem committed to social media to plan their social calendars?

I started “Dana’s Updates” as a plain old email back in March 2015, after hearing from a number of friends and colleagues that they wanted to see an arts calendar that covered a wide range of disciplines and interests—though I am certainly not the music maven, I leave that to others. People I knew always asked the projects on which I was working, and what sorts of community and arts events I would recommend to them/visitors. The weekly email was a perfect solution.

I switched over to MailChimp later that year because it looked nicer and helped me manage the listserv. I decided email, especially from someone you know, is more likely to be seen than a Facebook post (especially considering their algorithms lately).

How do you choose activities to highlight? Is there some balance you try to strike?

In choosing events to include, I try to add only those I would want to attend—and provide a mix of types/disciplines. A balanced week includes some political activism, some art openings, film screenings, and poetry readings, as well as unique experiences that may take an extra push for the average person to attend. Maybe it’s weird, out-of-the-way, or hard to describe. And I occasionally plug the events my close friends and acquaintances are planning—but only if I feel they would add value for my community.

How do you track so much stuff going on in this city?

I keep track using my own Google calendar, Facebook, word-of-mouth, and press releases/event invitations that I’m sent directly. I frequently search the listings of other organizations, like Visit Buffalo Niagara or the Albright-Knox. If I think I might include it on next week’s updates, it goes on my own Google calendar. I’m also a researcher, so hunting down information is my jam.

When you were new to this city, how did you unwrap it? And how did you introduce yourself to it?

When I moved to Buffalo in 2008, I delved in because I really wanted to be a part something good in the community. I relished the chance to seek out new things, so I read the local papers, read every poster on a bulletin board, used (early) Facebook, and popped into all kinds of social and creative events (though in those days I could barely afford one paid event a week). I just tried many things and found my community by talking to people and learning, bit by bit, what was out there.

Tell us all about Tesla Fest: What and when is it? Why Tesla?

The Buffalo-Niagara Tesla Festival is an event—more a movement, really—that myself and my co-founder, Martin McGee, have been planning over the last two years. This September 22 will be our “Tesla Fest: Electric Circus” event, inspired by Nikola Tesla’s achievement of AC power at Niagara Falls, and the first long-distance transmission of AC electricity in the world (to Buffalo) in 1896. The Electric Circus is an art party in the vein of Hallwalls’s famous Artists & Models parties, with Tesla-inspired art installations, poets and storytellers, scientific exploration, video projections, and food and drink. We’re hosted by the generous folks at Lakeward Spirits and sponsored in part by ELAB (Emerging Leaders in the Arts in Buffalo, who created City of Night) and the Rupp Foundation.

Learn more about Tesla Fest in Facebook or at teslafest.org.