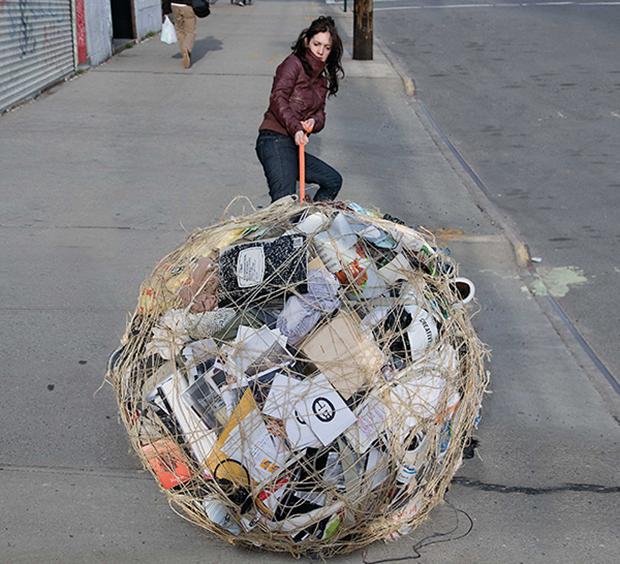 Take a break from your heavy courseload with some fun things to eat, see, and do around Buffalo.
by
The Public Staff
/ Aug. 30, 2017 2pm EST

Fall is coming, school is in session, and here are 20 things to eat, do, and see as the city picks up the pace

It’s back to school time, but you don’t have to be a student to enjoy the sudden rush of vitality that attends the return of students to the region’s institutions of higher learning. In fact, you’ll probably enjoy it much more if you’re not a student, because, well, you won’t actually have to go back to school. It’ll just be like the summer, but you’re not sweating and you get to do a bunch of new stuff…indoors! Here we’ve compiled a list of some new stuff that’s popped up over the summer, some cheap places to eat, and some decent date ideas for students, post-students, non-students, and anti-students alike.

Not too far from Buffalo State College is probably the most well known juice bar in Buffalo: Ashker’s. With a welcoming environment, a patronage that’s made up of local artists and creative folks, and healthy food options, it’s become one of the most popular lunch spots in the Elmwood Village. Head over there on the right night and you’ll catch an open mic, or there’s likely to be someone strumming a guitar or creating chalk art on the sidewalk outside. There’s also an outpost in Delaware Park, at Nottingham and Meadow, open as long as weather permits.

It’s cheap, it’s delicious, and they have a better selection of coffee mugs than your grandma. This is the place that a band coming through town will likely stop to get their vegan fix. Not too far from UB South, it’s great for breakfast, lunch, or dinner, but especially breakfast. Their food truck is worth tracking down, too: amysfoodtruck.com.

This is basically as cheap as it gets. You can get a donut and a cup of coffee—and for a student, or a journalist, that’s a full meal—for a couple of bucks. And their claim to fame is that they serve vegan donuts too. I’m so over those meaty donuts anyways.

Crepes aren’t just for breakfast, especially not at Wholly Crepe. Of course you can get something like their Monkey Business—which is stuffed with bananas and Nutella—but they also have stuff like a veggie crepe and a chicken and mushroom crepe. And you can get full for under $10.

This really has got to be the zenith of Saturday afternoon hangover food. The owners are Mexican and Lebanese, hail from Los Angeles, and are friendly as hell. The infrastructure of the food is essentially Mexican, adorned with Middle Eastern accents. It’s delicious, it’s cheap, it’s different from every other place in town, and on every visit we’ve made there the soundtrack has been perfect.

Of course Uber and Lyft are all the rage right now, because both are new to Buffalo, but there are other ways to get around the city. The GoSocial shuttle will whisk you around the Elmwood Village, Allentown, and downtown all night for one low fee, and it’s perfect for groups. If you’re more into DIY, there are the Reddy Bike Share bikes that were installed over the city last year. They’re easy to use, there’s a whole bunch of them all over the city, and you can take one on the bike ferry that runs from Canalside to Buffalo’s Outer Harbor, which is a nice adventure for a sunny fall afternoon.

It’s a bit more upscale than your typical college student might opt for, but they also have a drink that six people can split, so it all balances out. Our advice: Bring a bunch of friends to the tea room and order the punch bowl. There’s a whole bottle of champagne or prosecco or something in it, plus a bunch of other booze, and some fruit too, to make it virtuous and nutritional.

We’re starting to hear the refrain “Allentown is the new Chippewa,” and it’s mostly because of places like Fally Allen. Bear in mind that the people singing this refrain don’t typically mean it as a compliment to the historically hipsterish bar neighborhood, but that’s just because things are changing, and Falley Allen is proof. Hipsters show up for the good food in the evening, but later on it turns into a full-on nightclub, and that’s when the bros show up. (Not that there’s anything wrong with that.) If that’s not your scene, Nietzsche’s is just down the street.

This place feels like a hidden gem you’d find in Brooklyn or Manhattan, but it’s actually tucked away behind Chippewa. They have just about any whiskey you can think of: Bourbon, rye, scotch, Canadian, Japanese, you name it. Their list of signature cocktails is limited to classics like the sazerac, mint julep, and Manhattan, but they also have a whiskey lemonade served three different ways. On weekends they have some interesting music—usually an old guy in a leather hat strumming an acoustic guitar and singing something borderline disturbing, or a crazy-ass jazz band going in on some near Mars Volta level shit.

The 16th edition of this extensive music and art festival will take place at a new location, Buffalo River Works. The main upshot of this move is that River Works offers some indoor and outdoor spaces in case of bad weather, which has plagued this late summer/early fall festival in the past. The timing of this festival is perfect for attracting college students returning for school, and it’s so huge and full of local talent that there’s something for everyone. It can also be a great place to network for young artists interested in applying to be in the festival next year. And, finally, it’s a good cause: The money it raises provides access to music and music education for kids.

I got really into the Flaming Lips in college. Yoshimi Battles the Pink Robots was a classic in my mind. It still is. Since then, frontman Wayne Coyne has gone off the rails a little bit, and the band’s music has grown darker and less accessible. But this band has also produced some of my favorite live concert moments of all time—Wayne crawling over the audience in a giant clear plastic ball; Wayne shooting green lasers from the palms of humongous papier-mache hands. Plus, they’re the perfect band to do drugs to, and college students love drugs. (But dare to not do drugs.) Anyways, the Flaming Lips come to the Rapids Theater on September 20, just in time for those crazy Niagara University students to be back in town. Also, Mac DeMarco opens the show, and he alone would be worth the price of admission.

The 35th annual kickoff to Buffalo’s theater season, which takes place Friday, September 15, is a party worth checking out whether or not you intend to take in a play that evening. (Many discerning theater regulars choose the party but leave the theater for another night, but we’ll be heading to see Noel Coward’s Design for Living at the Irish Classical Theater Company, for what that’s worth.) There’s a gala dinner at Shea’s, if you can swing the $100 per person; there’s a $50 per person affair at Expo Market across the street, too. If free is more your speed, then hit Main Street after the plays let out and partake in live music, street performers, dancing, and sundry unscheduled and unscripted shenanigans.

This series, a collaboration between Hallwalls and the UB College of Arts and Sciences, is a treasure known to too few people. In the Ninth Ward space at Babeville, scientists and mathematicians and artists make presentations that meet at (and sometimes create) the intersection of research and creative expression. Best of all, it’s free to attend and there’s a cash bar—that’s a public education model of which we heartily approve. The next installment, titled Color, takes place October 4. Mark your calendar now.

Know why horror movies are a great date idea? Because your date will be so disgusted after watching Dead or Alive that he or she won’t want that expensive dinner! No, but really it’s because those scary moments make your date grab your leg and bury their head in your shoulder. It’s a great excuse to break that physical boundary. Plus, you have something weird to talk about afterward. Anyway, the Dipson Amherst Theater and host Peter Vullo screen a monthly horror movie as part of a series called Thursday Night Terrors. Vullo’s choices are always great and usually include a couple of films you probably haven’t seen yet. Next up is Videodrome, the futuristic freak-out film by David Cronenberg starring James Woods.

Who doesn’t love throwing small axes and drinking? I think legally you’ll have to do them in that order, too. It’s kind of pricey, but Hatchets and Hops is Buffalo’s first “axe-throwing club”—surely it won’t be the last—and it’s open to the public. It’s pretty straightforward: You just throw an axe at a target. But apparently it can be pretty thrilling. Like bowling but slightly more deadly. Then afterward you drink craft beer. Minimum group size is six, so it’s a great group date idea.

Whether you’re new to town or not, the recent profusion of public art installations in Buffalo is exciting—and a perfect framework for a tour of the city. Assemble a bicycle gang or pile into a car and check out these works of art, all brand new this summer:

Shantell Martin’s work is whimsical, fun, engaging, and in the end quite serious in addressing the question of self-identification.

A team of artists created these portraits of local and national figures of importance in the pursuit of civil rights and African-American identity, a fitting book-end to the Michigan Street African American Heritage Corridor, which is finally beginning to take shape.

The scion of the late artist Larry Griffis, Jr., founder of Griffis Sculpture Park, Larry Griffis III is an accomplished sculptor in his own right. This piece, relocated from the park to the Outer Harbor just this week, was created by the father with help from the son. It will soon be joined by the son’s portrait of his father. On the way there, you can see another piece by Larry Griffis III, Energy Weave, in front of Rigidized Metals (652 Ohio Street).

The title is a mouthful, to be sure. Translation to English: “Homeland, Perhaps it is Because I Wish to See You Fly, That My Flight Continues to Be Yours.” The mural, unveiled last week, is a tribute to the West Side’s Hispanic heritage.

In June, over one weekend, a team of artists created a mural on Chandler Street—a dusty industrial corridor in Black Rock, off Military Road—that honors the late Ken Price, whose sculptures and watercolors were exhibited at the Albright-Knox Art Gallery in 2013, not long after his death. It’s a shock of colorful beauty on a tumble-down street.