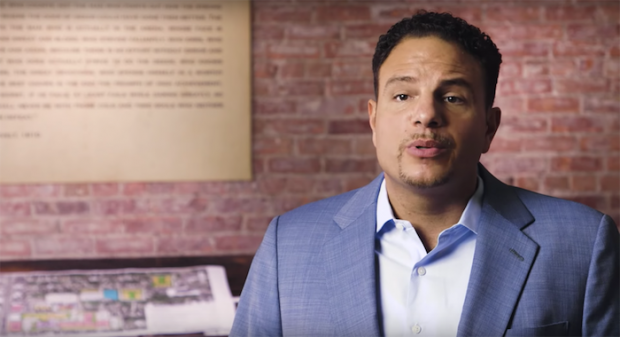 In April 2018, we reported that Nick Sinatra owed more than $800,000 in property taxes to the City of Buffalo and to Erie County, a number that ballooned to $1.2 million as we found more properties with back taxes working alongside reporters from the Buffalo News. When asked why he hadn’t paid what he owed for so many of his properties, Sinatra said that the choice was a “business decision.”

The City of Buffalo stood by Sinatra, with mayoral spokesman Michael DeGeorge telling the Buffalo News, “The city is aware of the situation and confident that full payment will be made quickly.”

Since that time, Sinatra has been richly rewarded. On August 20, Sinatra was named developer of two parcels in Canalside by the Erie Canal Harbor Development Corporation (ECHDC). As part of the development deal ECHDC will sell two parcels of land worth $1.14 million to Sinatra for $1, give the developer $2 million for construction costs, and loan Sinatra an additional $2 million from the “Better Buffalo Fund,” a pot of money that is part of Governor Andrew Cuomo’s Buffalo Billion initiative.

At the time of this award, however, Sinatra had already fallen behind on his city property taxes. As of August 24, PAI’s analysis of city records reveals that Sinatra owes at least $305,611 on 94 properties in the City of Buffalo that came due on July 31. Sinatra’s back taxes on these properties is at least $292,451.33 and the interest that has accrued so far is at least $13,160.28.

The properties that Sinatra owes money on include his headquarters at the historic Market Arcade building (at the time of our last report on the developer’s tax delinquency, foreclosure proceedings had been initiated on the property), a publicly subsidized apartment project at the former Pierce Arrow factory on Great Arrow Avenue, and several properties that are part of Sinatra’s collaboration with Ellicott Development to redevelop the former Women and Children’s Hospital site and surrounding area.

While most Buffalonians cannot simply make a business decision to refuse to pay their taxes, wealthy developers who have the financial backing of billionaires heirs and certain indicted soon-to-be-former-members of Congress are rewarded with millions of dollars in public subsidies—even if they refuse to hold up their end of the agreement.

UPDATE: On Tuesday evening, Buffalo News business reporter Jonathan Epstein reported that Sinatra paid his delinquent taxes on Monday, August 28; LittleSis initially reported its findings on Friday, August 24. Similarly, in April, Sinatra resolved his tax bill with the city only after LittleSis reported his delinquency. In April, Sinatra characterized LittlSis’s reporting as a smear campaign targeting him specifically because he is a Republican.