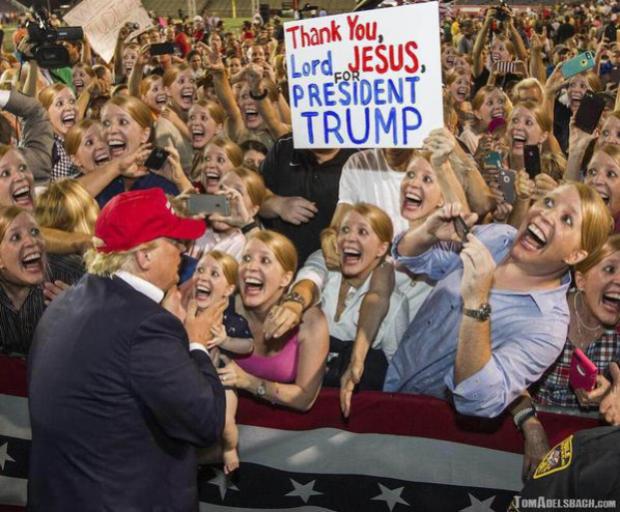 The Buffalo News’ editorial board and Carl Paladino talk about “reform” in Buffalo city schools. It’s important to understand how they define that term, which I’ve put in scarequotes. Their brand of “reform” isn’t about solving the generations-old socio-economic catastrophe among the poorest and least powerful in Buffalo’s inner city. It’s about crushing the teachers’ union and privatization of public education in Buffalo.

Expansion of charter schools (not to mention the introduction of vouchers) would represent an historic divestment from public education in favor of private and quasi-private, selective schools which would result in a new form of segregation. Not necessarily based on race, it would, however, segregate the kids who value (or whose parents value) education from those who don’t. It would also be a handy way to warehouse all the kids with special needs into some sort of rump public institution. The Buffalo school board has been dysfunctional for years, and the district itself is in shambles. It’s not about money, it’s about poverty, race, and class.

Park District voters unsurprisingly elected Carl Paladino to the Buffalo Board of Education in May 2013. Paladino’s candidacy and “reform” platform were all but explicitly endorsed by the pro-privatization Buffalo News editorial board.

The News praised Paladino for raising the profile of the 2013 school board election. Its editorial board didn’t endorse Paladino nor his opponent.

His quote in The News on his reasons for considering a run, “I think it’s time for change …,” is on the mark. But his followup, “I’m going to destroy them,” referring to the board members, “All nine of them,” is, well, 100 percent Paladino.

Having said that, Paladino doesn’t owe anybody anything, and that kind of independence is needed on the School Board.

On election day, the News exhorted its readers to vote, and to “bring a friend”.

Carl is the Buffalo elite’s Frankenstein monster. They unleashed him on the school district. Now, let them gaze upon their creation.

Paladino led the fight to fire former Superintendent Pamela Brown, who was replaced by interim Superintendent Don Ogilvie. Although Paladino practically hand-picked Ogilvie to replace Brown, when Ogilvie wouldn’t blindly do Carl’s bidding, Paladino led a fight to remove him, too. Paladino insisted on the retention of someone local to be Superintendent. Someone who could hit the ground running. Someone who, also, would know Paladino’s reputation and perhaps be more prone to follow orders. Even the Buffalo News’ editors thought that was stupid. Administrators, after all, have been leaving in droves.

It’s not unfair to recall that Pamela Brown was given about a year to try and turn around the massive school bureaucracy. Whether you liked her or not, she was never given a chance.

The Buffalo News’ editorial board has grown somewhat impatient with its creation, as set forth in yet another gently critical op/ed piece written in direct response to this email that Paladino sent around:

It doesn’t need to be pointed out that Paladino’s thoughts and language here are unbecoming an elected schools official. Paladino whines and complains about anyone who disagrees with him on anything — substantive or procedural. His hand-picked board President, James Sampson, is now ”treacherous” and a “liberal equivocator”, whom Paladino accuses of being too stupid to tie his own shoes. Paladino’s colleagues on the board are, “incompetent idiots”. Schools Commissioner MaryEllen Elia, who has worked in education as a teacher and an administrator longer than Paladino has been an attorney is a “rookie”. Cash was “rammed up [the school board’s] asses” and if Cash doesn’t follow Paladino’s commands and instead “mess[es] with” him, Cash will be “fitted for his career ending casket.”

The time for someone to publicly stand up and simply say, “fuck you” to Carl Paladino is nigh.

Just like the Buffalo News wouldn’t explicitly support Paladino for school board, Paladino never gave anyone a straight answer about whether he would support or oppose the appointment of new schools Superintendent Kriner Cash. One day, he’s praising Cash, the next he’s shopping for Cash’s casket (an appallingly disgusting and objectively offensive threat of violence).

But, on the day that the school board voted to appoint Cash as Superintendent, Paladino was absent; he was ”out of the country”. WBFO reported that he was vacationing in Paris. Paris, France.

Put another way, while the Buffalo Board of Education was voting to hire the new Superintendent of its struggling school district — arguably the most important vote of Paladino’s tenure so far - its most vocal and combative member was recreating in gay Paree. Through his absence, Paladino was able to avoid actually taking a position one way or another on the appointment. Talk about a coward’s way out.

(And don’t complain that the trip may have been planned for a long time. So what? This is your job. People ` to do this. You’re a public official and you abdicated your duties when it really counted).

Now? You can’t come back and say Carl voted for Cash if it all ends up being a disaster! By the same token, if Cash is the unlikely savior of the Buffalo public schools, Carl will rush to embrace him, and everyone should remind him that when it really mattered, he was strolling along the Champs-Elysees, browsing the St-Germain, or enjoying the breezy shade of the Tuileries.

The Buffalo News’ editorial board chided Paladino for the content and tone of the email reproduced above. But what did they expect? This juvenile inability to lead, opting instead for a loud string of temper tantrums, has been Paladino’s hallmark for at least the last five years. He believes himself entitled to not only direct the pace, scale, and implementation of “reform” throughout the school district, but to do it without opposition or criticism. When someone stands in his way — even minimally so — Paladino overreacts with insults and threats that would get a schoolkid suspended. The entitlement is palpable. The behavior is inexcusable.

Carl Paladino has time and again proven himself unfit for public service. He is a constant embarrassment to our region. His brand of reactionary toddler-fascism is counterproductive.

But Donald Trump is Carl Paladino writ large. Trump and Paladino are two peas from the same pod. Both New York developers have egos and mouths bigger than the known universe, and the meme now is that they are attractive to a populace that is sick of, among other things, “political correctness”.

At an Iowa press conference, Univision anchor Jorge Ramos asked Trump a question before Trump had called on him. Trump eventually had his security goon forcibly remove Ramos from the room, while the candidate commanded Ramos to “go back to Univision”.  (Trump is suing Univision for pulling out of its deal to broadcast Trump’s “Miss Universe” pageant after Trump basically told all Latinos — and mostly Mexicans — that they’re rapists and criminals who should go back to where they came from).

On WBEN Wednesday morning, a media commentator noted that Ramos was “rude”.  I’ve seen others call what Ramos did, “advocacy journalism”.  OK. Let’s assume that Ramos was (a) rude; and (b) engaging in an act not so much of journalism as political activism. So what? That gives Trump the right to escort Ramos out of the venue?

When the Daily Caller’s Neil Munro interrupted President Obama in the middle of his remarks in the Rose Garden, Obama shut him down,  but didn’t have the secret service remove him by force.

When some forgotten backbencher from South Carolina yelled “you lie” at President Obama in the middle of a September 2009 address to a joint session of Congress, he was not escorted physically from the House chamber.

It bears mentioning that Munro and our South Carolinian backbencher both interrupted President Obama in the middle of remarks about immigration. This is not a coincidence. This is a targeted effort from the right to not only continue to paint Obama as somehow “foreign” and un-American, but also to accuse him of encouraging illegal immigration (the conspiracy goes that all of these undocumented immigrants will somehow magically manage to register to vote, despite not having proper identification, and they will all vote Democrat).

Let’s look at FactCheck.org: Trump says “birthright citizenship” is a huge draw for undocumented immigrants. It isn’t; economic opportunity is. Trump wildly overstates the cost to provide welfare services to undocumented immigrants, as well as the supposed number of crimes they’ve committed. Most visa overstays aren’t coming from Mexico. All of it is based on fear and lies; Die Meksikaner sind unser Unglück.

Trump also renewed his misogynist attacks on Fox host Megyn Kelly, which seems to be a fake, phony, fraud manufactured to bump Fox’s ratings and lead to an inevitable appearance by Trump on Kelly’s show. It’s also unintentionally hilarious because these sorts of assaults on strong, opinionated women comes right out of the right-wing resentment industry’s playbook.

If people like Trump and Paladino are the Republican id brought to life — anti-Obama, anti-gay, anti-immigrant, anti-abortion, anti-regulation, anti-tax, anti-welfare, pro-gun, and anti-“political correctness” — what happened to those alleged conservative principles. These aren’t your grandfather’s Republicans — they’re not Eisenhower people, they’re contemporary Birchers.

“…a reactionary movement, a defense of power and privilege against democratic challenges from below, particularly in the private spheres of the family and the workplace.”

It’s really about who’s boss, and making sure that the man in charge stays boss. Trump is admired for putting women and workers in their place, and it doesn’t matter if he covets his neighbor’s wife or demands trade wars.

Insulting the intelligence of your political opponents is akin to forfeiting the argument altogether: you lose. Ordering goons to forcibly remove reporters you don’t like and who aren’t threatening you is fascist cowardice. Trump’s phony war on Megyn Kelly, if it was legitimate, would be the most colossal example of being a sore loser in recent political memory. Like Elsa, let it go.

The politics of tantrum is the culmination of tea party politics — it’s not a traditional ideology, but one based on the emotion of resentment. Their hearts bleed, but only for people who feel put upon by “political correctness” — that radical leftist idea that people should be respectful to one another, and treat others with kindness and dignity.

They have, as it turns out, become a reactionary, emotion-based caricature of what it once meant to be conservative. What was once a mighty intellectual movement led by guys like Goldwater and Buckley is now an angry joke, cloaked in the language of white nationalism led by guys like Trump and Paladino.

People are shouting, “white power” at Trump rallies, and Trump’s campaign reacts by saying they, “want to be proud of being Americans”.

Trump reacts to any criticism by pointing out how well he’s doing in the polls. Bernie Sanders’ rallies boast bigger crowds, and he doesn’t have to stoke the fires of hatred to do it.

You watch this and tell me how this isn’t the equivalent of Mussolini’s blackshirts.