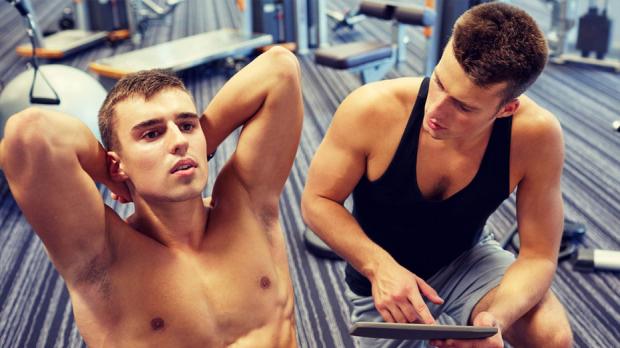 We’ve all known gay guys like this. Maybe you’re one of them. You prefer having sex with straight men. Married men. Anyone other than gay men. I’ve known many of them over the years, and they certainly seem to have plenty of sex.

This notion of “having gay sex with straight men”—right away, a contradiction in terms—has always troubled me. It’s selfish. It lacks commitment. Something’s missing. Not down for the struggle? No dick for you.

I’ve always felt that guys who don’t at least cop to being something other than straight but still manage to have plenty of gay sex are getting away with something. I sent someone away once when he admitted to being married to a woman after I asked, having noticed the wedding ring on his finger. He was astounded—how dare a gay dude deny him on that basis? It was as if he failed to understand I had a choice in the matter.

His reaction is part and parcel to my problem with this: We’ve willingly—gleefully, even—let straight men develop a culture of sexual entitlement, wherein it’s perfectly acceptable for them to have it both ways. Not only do we approve, we wear it proudly, like a medal—a crowning achievement. And most gay guys I know love it, think it’s hot, think I’m crazy and that I’ve found yet another way to shut myself off from having an enjoyable sex life.

I’m not talking about men who are experimenting a bit, define themselves as bisexual, or who reluctantly admit to being closeted. There’s room for progress in all those scenarios. I’m talking about men who proudly identify as straight, aren’t interested in changing their lifestyles, and still enjoy plenty of homosexual sex. They’re out there. In droves.

But what if, behind the screen of these hetero-homo encounters, our whole scale of sexuality is flawed? What if the binary construction of sexuality as we’ve come to know it is utter horseshit?

Many of us have long believed (read: known) this to be the case. We’ve fantasized about a day when our culture would officially acknowledge that sexuality is actually a continuum of choices, behaviors, and identities, lending credence to ideals we’d previously only discussed in certain company.

But I don’t think many of us imagined that when and if this continuum actually became the widely accepted truth and a potential topic of household conversation that large numbers of people who regularly engage in homosexual sex would continue identifying as straight…or, perhaps more troubling, continue getting the green light from our culture to do so.

Author Jane Ward, an out lesbian and gender/sexuality studies professor, has written a new book about this topic, and it’s based on research I’d daydreamed about doing for years. But had I begun a project similar to Ward’s Not Gay: Sex Between Straight White Men (NYU Press), I’d surely have been alarmed with the outcome of my research. Ward hypothesizes that yes, so-called heterosexual men have forever been having homosexual sex, but they remain straight and will continue to identify as such. And here’s the real kick in the nuts: In having these meaningless homosexual encounters with us, straight men are further affirming their straightness.

Is that sexy to you? If so, great, You’ve got your work cut out for you. But it sure as hell isn’t sexy to me.

On some level, we already knew straight men were using us, sexually speaking. It’s also an age-old pornographic premise. But I believe that Ward’s well researched and documented theory is beyond the scope of our majority understanding. Through her lens, if we’re good for anything beyond the thankless sex, it’s bolstering the creation of some alpha male evil.

“For straights,” she says, “the invention of ways to engage in homosexual sex while being unquestionably anchored in normalcy has arguably been a vital part of the heterosexual experience.”

For gays, the hotness of this illicit sex is often rooted in providing something that a man’s chosen female partner cannot, potentially introducing them to something more satisfying—quick, skilled, gratifying, emotionally uncomplicated, and on some level taboo.

As an aside: An online profile I saw recently made me howl with laughter—“I have a girlfriend, she’s not into anything…must be discreet!” She sounds like a real treat. Not into anything, but discretion is imperative so he can stay with her. Staying straight at all costs. Unreal.

Central to the book’s explanation is the term “heterosexual fluidity,” and it means exactly what it sounds like it would; this is the continuum. We all know this fluidity isn’t new, but openly acknowledging it is, and so it’s got a fancy new name. She illustrates how the hetero-homo binary was “a flawed schema” from its original inception, separating sexual behavior (what you do) from sexual identity (what you say you are) along the way to bolster her points.

Whether or not you buy into the rest of what she has to say, Ward makes it crystal clear that our cultural understanding of sexual orientation is deeply challenged, especially in its failed attempt to delineate between two specific types of men.

She refers to Jonathan Ned Katz’s book The Invention of Heterosexuality (University of Chicago Press, 2007) for the origin of the term “heterosexual,” which was apparently coined in the late 1800s to depict the perverted desire for non-procreative sex between men and women. Some European doctors later gave the word a more positive spin, asserting that because such sexual behavior was still motivated by a deep-seated procreative impulse, it ought to be deemed normal. And so, heterosexuality, as we think we know it, was born. The term “homosexual” arose as its logical mirror opposite. Note the complete lack of science behind these terms that have created so much confusion, animosity, and misunderstanding over the years.

Unsurprisingly, straight white men have never wholly played by these rules. Neither have women, and Ward uses the very public homosexual affairs of actresses Anne Heche and Cynthia Nixon as examples of well-known female figures exercising their right to slide along the sexual continuum without ever truly leaving their hetero home base. But lesbian experimentation between otherwise straight women—also, notably, a sexual commodity among straight men—is less threatening to the culture because it doesn’t disturb our cherished masculine ideal. And by providing entertainment or additional sexual opportunities with gals who “will do that for me,” it actually bolsters the straight machismo.

Perhaps the most complicated aspect of Not Gay is Ward’s explanation of what she terms the “loopholes and justifying logics” that have preserved the straight white guy’s ability to get away with having homosexual sex. To skim the surface, she says it’s perpetuated by a deep-seated cultural association between white masculinity and normalcy. The absence of anything seemingly gay—a flick of the wrist, an effeminate tone—allows us to say “Move along, folks, nothing gay happening here.” In an effort to preserve the perceived integrity of heteronormative ideals, straight folks have taught themselves to look the other way.

Ward asserts early on that her book mainly focuses on white men because white privilege also plays a key role in our cultural denial. Fair enough.

If anyone needs proof of the sexual activity itself, she takes us into public restroom stalls, secluded park alcoves, and trucker rest stops—spots where straight, often happily married men stop for quick, anonymous orgasms gladly provided by gays lying in wait. She also references Laud Humphrey’s controversial book Tearoom Trade (1975), in which gay/straight restroom action is discussed in greater detail.

Gay men have made themselves useful in this capacity for ages. But whether we’re talking about servicing the needs of working-class immigrants away from their families in the 1940s, or happily married corporate financiers in the Grand Central Station toilets today, the reality is the same: We’re not doing ourselves any favors. Arguably, we’re degrading ourselves as purely sexual receptacles while confirming the perceived normalcy—and superiority—of the straight white male. And yet we continue doing it.”Bros before hos,” indeed. Granted, not everyone pursuing these anonymous encounters defines himself as straight, but a great many of them do.

For gays, the struggle is real. Ward posits this is a large part of why these men maintain such a significant investment in continuing to identify as straight: The gay identity isn’t attractive to them. Who wants our troubles? These men bristle at the sociopolitical aspects of queer life. So, they take what they want and leave the rest. It’s a cafeteria-style homosexuality, and the gay identity is the pile of Brussels sprouts on your plate. “I’ll skip the cultural ostracism, self-loathing, and outsiderness, but can I substitute two servings of that delicious man-on-man action? Thanks!”

Ward discusses how similar scenarios play out in prisons, cargo ships, and army barracks, where homosexual sex is culturally excused as a byproduct of necessity. (Celibacy, it would seem, is out of the question.) She also talks about the hazing rituals of college fraternities, many of which have homosexual overtones. In that case, homosexually tinged behavior is encouraged as a necessary form of male bonding. The weird twist is that these homo-erotic practices are also thought of as a means of inoculating one another from doing anything “sincerely gay.”

Bringing her study into the present, she demonstrates how the pursuit of gay liberation has reinforced the sexual orientation binary that we already know is bullshit. In fact, our arguments are based on it. So much of the rhetoric that we employ in our pursuit of various liberties is rooted in the “nature” (not “nurture”) stance: We insist this is how we were born. Since our orientation is not something we chose, we demand to be recognized in certain ways. Take that away and the continuum gains greater legitimacy, but the sails of our queer crusade deflate. It’s perplexing.

There are some amusing moments in the book, one of which concerns the woeful ballad of the restroom-busted politician. By following a pattern of public exposure, remorse, self-reflection, and eventually religious salvation (as they almost always do), Ward quips that the process of Catholic confession plays out in a televised news forum, allowing privileged straight white men to “lose their way in, say, the glory hole of a bathroom stall, but find it again through Christ’s love and their wives’ stalwart devotion.” Hilarious.

I could never honestly argue there’s no heightened sexual excitement in turning a guy on to something new, or helping affirm his hunch that a taboo behavior might result in great satisfaction. But these aren’t men who are interested in us on any other level. Point being, there’s really no glory in servicing the straight guy at the glory hole. Don’t delude yourself thinking there is.