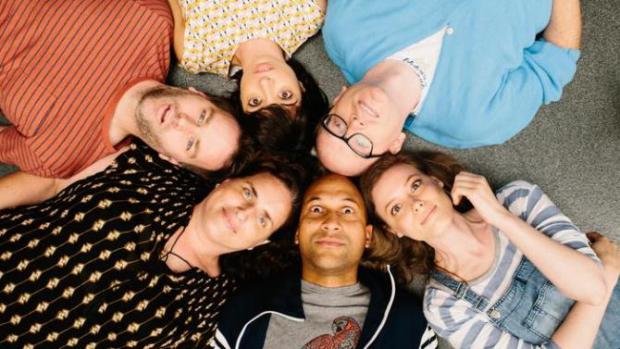 Some of the people who see Mike Birbiglia’s Don’t Think Twice may find themselves wondering, as I did, what Saturday Night Live uber honcho Lorne Michaels thinks of his treatment in the movie. Michaels isn’t really portrayed in it, but there is a character more or less standing in for him. The guy runs a near-replica of SNL called Weekend Live (even its opening credits closely mimic the actual show’s) and he’s a sycophantically deferred to, quietly autocratic presence in the two brief scenes in which he appears. When someone gratefully gushes to him after being added to his cast, this guy responds: “Thank me if I haven’t fired you after the first year.” He comes across as something like a show business godfather.

Does Michaels regard himself as a sweetheart and therefore maligned in this unacknowledged thumbnail impersonation? Or is he flattered the way Donald J. Trump seems to be when he’s accused of dealing with financially vulnerable, small-time contractors and customers in a confrontational or heavy-handed mode? Or is he just amused? I can’t answer this question, but I can report that SNL becomes, more or less incidentally, a threat to the already threatened comedy improv troupe at the heart of this movie. Comedian-actor Birbiglia (TV’s Orange Is the New Black) has taken a very serious look at a very special comedy genre, and the results aren’t funny, even if the snatches of supposed improv performance are.

This decade-old group, The Commune, is faced with real estate industry pressures on its Manhattan performance space (Trump is mentioned in passing), and increasing interpersonal tensions as the members become more distracted by dreams of being hired by the TV show. When one of their number with somewhat of a showboating tendency, Jack Mercer (Keegan-Michael Key), is picked after a Weekend Live producer invites three of them to audition, The Commune is even more socially and personally challenged.

Birbiglia is Miles, the troupe’s founder, who teaches improv on the side. All but the one with family wealth have to hustle to make ends meet and to continue their comedy work. That work is described by one performer as letting yourself “fall and figuring out what to do on the way down.” This implies the intensely interdependent nature of improv, and its vulnerability to life’s misfortunes. What Birbiglia and his film reveal, besides the backstage look at ego clashing and the dreaming and scheming, are the hard, too-often brutal facts of life on the margins of show business. The actors in this troupe display a kind of gallantry in their efforts to survive and advance in this world.

Birbiglia, who wrote the movie, brings it to a rather too pat, vaguely benign, if bittersweet, resolution. But until then it’s persuasively tense and sad.