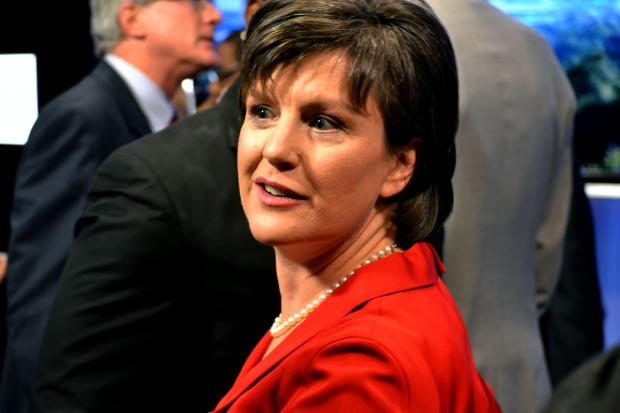 Big up to Justice for Migrant Families and other advocacy groups statewide calling for ease of access to driver licenses for all people. Using the New York State Fair in Syracuse as a backdrop to point out the enormous role that migrant workers perform in the state’s agricultural economy, advocates are continuing to push state lawmakers to join 12 other states with similar laws already on the books. “Many farmworkers are still unable to drive to and from work, seek a doctor, and sign up for car insurance. It’s time for New York to move forward and make driver’s licenses for all a reality,” said Steven Choi, executive director of the New York Immigration Coalition. Advocates also believe that opening the door for driver licenses to be made available to non-citizens would create an economic boon for the state, to the tune of $57 million. This is a no-brainer to us: Government should be in the business of making roads and drivers safe and not reserving that right for US citizens only. The bill in the state Assembly gained some momentum last year, gaining the support of 34 members, including Buffalo’s Crystal Peoples-Stokes.

Bruce Andriatch, an editor with the Buffalo News, wrote a refreshingly personal column Tuesday describing his struggle with the Catholic Church over its handling of its ever-widening child sex abuse scandal. He wrestles to square a church that outlaws homosexuality, married pastors, and women in leadership positions with an institution that has helped cover for priests that rape children in almost every parish around the globe. But Andriatch’s column is thoroughly Western New York in its tenor and generosity. A must-read.

Gregory Kwiatkowski, the former Buffalo police lieutenant who pleaded guilty in 2016 to police brutality charges, returned to court last week to testify against two of his former Buffalo police colleagues on trial for allegedly shooting four Buffalo teenagers with their own BB gun. According to the Buffalo News, “Under cross examination by defense attorney Terrence M. Connors, Kwiatkowski admitted that he had lied several times in the past about using excessive force, including under oath in both a civil trial and an Internal Affairs investigation.” While abhorrent, this admission had to be some form of music to the ears of Cariol Horne, the former Buffalo police officer who was fired from the force after she intervened in an arrest Kwiatkowski was effecting by choking a suspect in 2008. Horne was fired just shy of her 20-year mark, depriving her of her full pension. Kwiatkowski has since retired with a full pension. Until Horne is vindicated, this ugly chapter in police accountability during Byron Brown’s tenure as mayor continues to be written on the wrong side of page.

Despite polls showing he leads Democratic primary challenger Cynthia Nixon substantially, Governor Andrew Cuomo can’t be confident in his job security.On Tuesday, August 21, former Syracuse mayor Stephanie Miner filed petitions with the state board of elections to run for governor as an independent candidate. Needing 15,000 signatures, Miner gathered 40,770 signatures, so she will be on the ballot is November. Miner is a Democrat once beloved of Cuomo, before a bitter political parting in 2013 precipitated by her public criticism of Cuomo for policies that she felt placed unfair financial burdens on cash-strapped municipalities. Miner intends to run with Michael Volpe, a Republican mayor from Westchester County, as her running mate for lieutenant governor, on the Serve America Movement (joinsam.org) line. SAM is an Albany-based group, formed after Donald Trump’s election in 2016, which presents itself as a nonpartisan political movement but whose leadership comprises veterans of George W. Bush’s administration and Wall Street’s finance markets. The Republicans who run SAM say they have all renounced their party memberships, and that Miner’s candidacy is not meant to abet Cuomo’s Republican opponent, Dutchess County Executive Marc Molinaro. Rather, SAM Whatever SAM’s and Miner’s motives, of course it helps Molinaro: Miner is likely to draw more Democratic votes from Cuomo (assuming he wins his primary against fellow Democrat Cythia Nixon) than Volpe draws Republicans from Molinaro. Recall that Mario Cuomo lost his 1994 reelection bid to Republican George Pataki by fewer votes than were tallied by Independence Party candidate Tom Golisano. Miner’s candidacy, if well financed, is more than an affront to Cuomo’s vanity; it’s a threat. And if Nixon loses the Democratic primary but stays in the general—perhaps on the Working Families Party line—then Cuomo is in trouble.