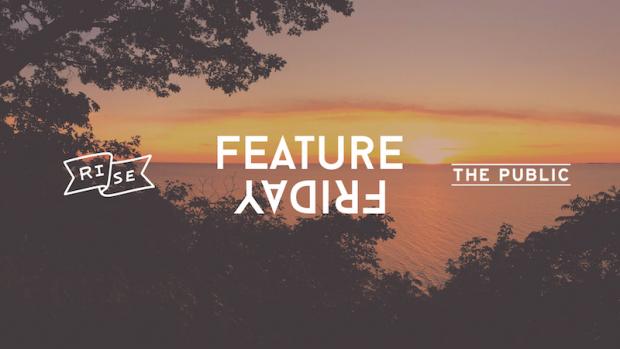 “Colonial Circle is one of my favorite spots in the city. The statue is of General Daniel Bidwell, who was born in Buffalo, served and died heroically in the Civil War, and is buried at Forest Lawn. The Bidwell family commissioned a young sculptor, Sawl Schwarz to create it in 1952; and in 1994, at age 82, Schwarz actually traveled all the way from Italy back to Buffalo for the statue’s rededication. Encircled by trees, it’s simply an incredibly elegant corner of our city, hidden in plain sight. I’m lucky to encounter it every day. This Monday, August 24, please join me and my team at Slow Roll Buffalo, hosted at the Essex Street Arts Center. We’ll be announcing the aggressive relaunch of our Buffalo Hates You Too Kickstarter campaign, with an official launch party to follow at 19 IDEAS on September 10.

“I went to the fair on the first day that it was open. I had never been to the Erie County Fair and was spending the day with my girlfriend. Our main goal was to explore and find food, but I also had my camera bag with me. For production: exposure settings (ISO 100, f/18, 15 sec) shot on a full frame Sony A7II using a Canon EF 17-40mm f/4L at 17mm coupled by a Commlite adaptor. I only had a very small tripod with me (Manfrotto PIXI mini table top tripod), but wanted to photograph the Ferris Wheel using a long exposure to demonstrate motion and create visual interest. I got as close as I could with an ultra wide angle lens and took numerous shots. Ferris Wheels make interesting subjects because the changing lights mean that you can take dozens of shots with different patterns.”

“Three years ago, the Scajaquada Canoe Club began annually reenacting the historic lantern parade that originally took place in 1906. About 30 kayaks and canoes (there was even a stand up paddle board!) launched into Hoyt Lake in Delaware Park with lights, lanterns, glow sticks and decorations alike to reenact a special event that took place over 100 years ago. The parade coincides with the new moon and setting sun, right around 8:20pm on that past Saturday. I caught some information on this event from a Buffalo blog and thought it could make for some interesting photo opportunities! @j_shrives and I made an afternoon of it, grabbing dinner down on Ellicott St. and catching the last Shakespeare in the Park before heading over to the lake. A true Buffalo evening!”

“The fine folks of @buffalosyoungpreservationists hosted a hefty [read: sweaty] two mile walk through Buffalo’s beloved West Side this past Sunday. Being the neighborhood I live in, I’m sometimes a little jaded by all of the splendiferous things happening here… but it’s important to recognize all the bullshit you have to go through to make it that way. The BYP guides held back nothing when highlighting some of the blemishes of the West. From absentee owners holding out on properties, three out of four corners of an intersection being vast parking wastelands, to goddamn pseudo-tornadoes ripping the cornice off of Mineo & Sapio. OK, OK you can’t really prevent that last one, but YEESH! With all that said, we really do have it made over here! The good far outweighs the bad, and the BYP crew was eager to point out the gems; the armory (pictured below), Horsefeathers, Five Points cheddar bread, Essex St. Pub, and the immense cultural landscape. It’s my little city within the city, and I love it! PS There were even a few Pittsburgh natives on hand to spread the word!”