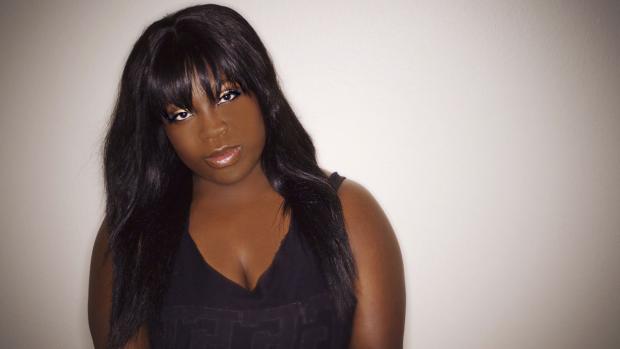 Professional dancer and Buffalo native Allison Buczkowski is about to embark on a journey almost any dancer in the entertainment industry would sacrifice anything to be a part of—Janet Jackson’s Unbreakable World Tour. Buczkowski, 25, who is originally from Hamburg, began taking tap classes at the age of two at Eugenia’s Dance Studio, and as she got older eventually took everything from ballet to hip hop at Future Dance Center until she was 21. She moved to Los Angeles in October 2011 to jump-start her dance career and has since been quite successful in her endeavors. So far she’s managed to book cameos on a variety of television shows, such as IFC’s Garfunkel and Oates, Nickelodeon’s 100 Things to Do Before High School, and ABC Family’s The Fosters. She’s also an assistant for well established dancer Tricia Miranda. Training for hours on end to prepare for the tour, which begins August 31, Buczkowski is ready to show the world what she has to offer. This week we talked to her about joining up with Janet Jackson for her upcoming tour.

What was the audition process for the Janet Jackson tour?
It was a photo submission only, so not everyone was able to go. Janet and the choreographers actually picked the people who were eligible before the audition in the first place. The girls had to dance in heels. I had a weird audition process; I actually was not invited from the get-go. My agent didn’t submit my picture. Luckily, we were friends with the choreographer and he realized I was not on the list the night before the audition when they were going through it. They texted a close friend of mine to let them know that I should be at that audition. I didn’t get that text message until about 4am, so I was asleep. My call was supposed to be at 8am and I ended up missing it. My roommate woke me up at 9:30am and let me know I missed my audition. I texted the choreographer and basically said, “Thank you for thinking of me. I wish I could’ve been there.” Then he asked me if I wanted to audition with the men. I came and there were a few girls there too. So I actually ended up auditioning during the men’s call, instead of the women’s. I still had to dance in heels. Then there was one cut made after that and then we all came back the same day. Janet Jackson was actually Facetimed into the audition, but no one knew it was her because at that point it was a secret that she was coming back. We did that particular round and then they sent everyone home. About a month later I got an email from my agent letting me know that there was going to be another call back. When I got to that one there was only about 60 people total, including men, women and kids. From there it was about a six-hour process where they just narrowed everyone down until they came to the final seven women and two kids.

How did you feel about the whole process?
I was never like, “I got this,” but I think during the first call when it was like everybody, I had so many friends and we auditioned with everyone in the room, unlike some auditions where we audition in a group of five and they take you in a separate room, and you feel kind of pressured. But this one I had all my friends there and it almost felt like class. Everyone’s cheering each other on and it was fun. It was the same way with the other calls. The only thing was with the second call, which happened like a month later, Janet was actually there in the flesh, so it freaked everyone out a little bit. Seeing her didn’t make me too nervous, it just made me want to push harder. It was like staring my dream in the face. It was something I’ve wanted to do since I was a kid. It was like a light switch. I was like I’m fighting right now.

How did you react when they finally told you that you were going to be dancing with Janet Jackson?
First thing I did was bend over in half. Then I asked the choreographer Gil Duldulao if she was kidding. Then I started rolling around on the floor. I didn’t know what to do.

What’s your earliest memory of Janet Jackson? When did you listen to her music? How young were you?
I’ve been listening to her music since I was real young, but I think the first memory I can remember was at the Future Dance Center because Gino and Denise (Vaccaro) study Janet and Michael Jackson like religiously. They would make us study all the old videos because to be a dancer you also have to know the history of where things came from and how things evolved into what’s going on in the present day. They would always make us do our research and look at all these old videos and I just fell in love with her.

What do you think makes Janet Jackson such an icon?
She has real music. She’s such an amazing performer. I’ve actually seen her in concert and she’s so captivating, and a lot of her songs are actually about something. She actually is talented. She can actually dance. She’s actually concerned about putting on a production. She’s not just one of those people that goes up there and sings some auto-tune, lip-syncs, walks away and takes your money. She’s also one of the few artists that cares about making sure her team is strong from top to bottom. She’s very selective about who her dancers are, who are drummers and guitarist are, like everything. She’s very hands-on with the entire process and it shows in her work because she’s such a hard worker.

What is your dance schedule going to be like now for the tour?
We have started rehearsals, which are eight to nine hours a day, six days a week. Sundays we have off. Right now we are starting at noon. I normally go take two or three classes a night. Then you’re like “I’m good” and you rest all day. Now I’m dancing eight to nine hours a day and I’m exhausted. That’s your whole life. You can’t do anything else. You can’t have friends.

Will you be doing anything different to prepare for this tour, physically or mentally yourself?
I actually have a knee injury right now. I’m still trying to find an orthopedic doctor that can give me an MRI to see what’s really wrong with it. Now I’m just living off of taking painkillers so I can get through these rehearsals. I’m just trying to keep myself sane and trying to remember all the choreography because we have to learn so many routines.

What style of dance is your specialty, and why do you like that style so much?
Hip hop. I think it’s something I just fell upon. I actually really love jazz and contemporary as well. I think just because of my look, hip hop was what I got typecast as when I moved out here, and that just kind of became the thing I was known for. Nobody really knows that I’m able to do everything else.