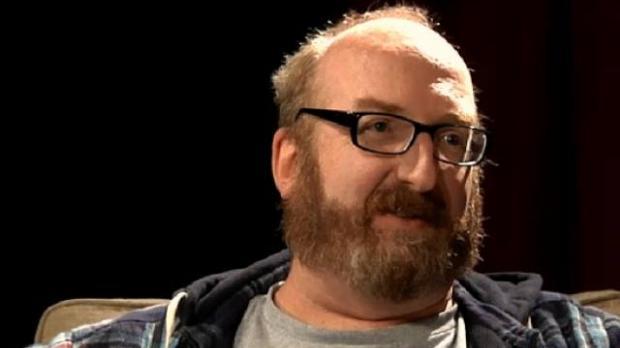 Brian Posehn isn’t just a nerdy comic. Sure, he may have some nerdier interests, ranging from comic books, to heavy metal, to Dungeons & Dragons and beyond, but Posehn has actually taken successful professional stabs at all of these nerdy loves. He is a co-writer of Marvel’s Deadpool comic, he has recorded music with Scott Ian of Anthrax and he hosts a D&D podcast called Nerd Poker. Posehn is also a comedy writer, a producer, voice over talent, actor and yes, a well honed stand up who nerds and non-nerds alike can enjoy. Not bad for a guy who describes himself as “made of farts.” Evidently, these are hard working, highly reliable farts. Posehn’s career has brought him full circle since joining the cast and writing team of HBO’s landmark Mr. Show sketch comedy show in 1995. The cast reunited this year to shoot With Bob and David for Netflix, with Posehn also operating as executive producer. Posehn returns to Helium Comedy Club in Buffalo for five shows from Thursday, August 20 through Saturday, August 22. Tickets are still available.

You’ve paid several visits to Buffalo since the opening of Helium just a few years ago. Are you starting to get a feel for the city after getting to spend some time here?
It’s going to be great to come back and not be in one of your brutal winters, that, as a California boy, I’m not at all used to. I’ve done it three times, I think, in the winter, so… I’m assuming it’s not winter there. I think I’m going to be able to get around a little more this time. One of the first times I came, I was pretty much snowbound the whole weekend. But then, since I’ve gotten to come more, I’ve discovered record stores and restaurants. I just have a good time.

You talked about never wanting to tell jokes about having kids, and then changing your mind once you had one in the The Fartist. How has having a child changed your life, and has it continued to influence your material?
I’m so glad I waited, I wouldn’t have been ready to do this in my 20s or in my 30s, I would have been a terrible dad. Now, I’m pretty good at it and I’m having a blast. As far as what it’s done to my standup act, I love that I have all these other new things to talk about. In the very beginning, I was a little concerned that I would become a “dad comic”—that I would tell “dad jokes”—but I feel like I took a cue from some of my other funny friends who have been through very similar experiences, like Louis CK did some great dad jokes. But the thing is, you don’t want to do what he did. You can’t go, “Oh, my kids are stupid” because he took that tack.

Has your foray into the world of comic books with Marvel’s Deadpool exposed you to any bizarre situations or people that have influenced your comedy?
My nerdiness has definitely informed my act, but I never wanted it to be too much. I feel like I have the perfect (balance) of fans who like the “likes” that I have, but I feel like I’m not just that guy, you know what I mean? I’ve never pushed it too far to where it’s like, “I’m the nerdy comic, and only nerds can understand me.” I feel like I’m not there, which is nice. That I’m still acceptable to people who don’t read comic books. And that’s been important to me, I don’t want to lose anybody. I don’t want to be too “nichey.”

You are very tall at 6’7. Have you had any weird experiences as a tall guy on a film or TV set, where your height has to be adjusted for so the rest of the cast doesn’t look tiny?
I got fired from a job years ago. It was supposed to be a physical joke. A famous comedian was in this movie and he got upset because the director hired me. He didn’t like my size—that I was going to be too big and it was going to ruin this physical joke. I got fired and sent home, and I saw them bring in a shorter actor before I left.

Sounds like heightism.
I still got paid, I still get residuals for a movie I wasn’t even in.

What movie was it, or do you want to go off the record?
“Fun With Dick and Jane.” I don’t care!

Being around someone who is taller than you must be rare. Does it bother you when it happens?
Yeah! It’s a strange thing, but I’m not used to being towered over. I’m not around athletes much in my career, but I ran into Shaq once at a record store back when people shopped at record stores. I was at Tower Records in LA, and it was actually a little intimidating. That was one of the only times I recall remembering, “Oh wow, I’m not a monster!”

Bob Odenkirk and David Cross, who you worked with on Mr. Show are bringing the With Bob and David series for Netflix. What is your involvement in that?
I’m a producer, an executive producer. We’re done, it’s all sitting here ready to show people when Netflix is ready to show it. I think we are coming on in January. All four episodes are done, and we did a “making of” episode, too. And with the Netflix policy, they don’t roll them out weekly, they will all be available at once. You’ll be able to binge watch it, although it’s not much of a binge. It’s four episodes, so binge slowly.

Do you ever reflect on how successful and influential the cast of Mr. Show has become since the series wrapped? It seems like everyone from that cast has experienced critical acclaim and quality work later in their career, although the show had a short run.
You know, I could have predicted it. I went to LA and met a bunch of really funny friends. The fact that all of them are successful is not a surprise to me. The fact that Bob and David finally get as much [respect] as they’ve gotten, and that people finally know who Bob Odenkirk is, and that he is that much of a genius, is not a surprise to me. Because I’ve thought that [Odenkirk] is one of the funniest people I’ve ever met for the last half of my life.

You joked about quitting pot on The Fartist but you’ve clearly reverted back. There’s video evidence of this on Doug Benson’s Getting Doug With High.
I don’t know what you’re talking about… Just kidding.

Well, I was curious how you ended up transitioning back to your old habit, and if there was part of you that knew you would start up again when you were performing the “I Quit Pot” material.
Well, what I never really shared with anybody was that I was going to take a break. That’s all it ever was to me. And I took two years, and the break was two years on the nose. I stopped on St. Patrick’s Day and started on St. Patrick’s Day two years later. Why I picked that day? I didn’t it, just sort of happened. It was more to prove that I could do it, and bring it back, but not to where I was when I was an irresponsible 20-year-old. I am a grown man now, and I still know how to get things done, obviously.

You name checked Buffalo band Every Time I Die in your song “Metal By Numbers” and you appeared in a video for the band the Damned Things, who feature ETID singer Keith Buckley. Do you have an ETID story, or is there an origin to your relationship with them?
Yeah, I mentioned them in a song, and they just freaked out. They were like, “How does he know us?” And I guess they thought, in the beginning, that they wouldn’t be a band I would like. But I liked them from the first time I heard them. I thought that, for that sound, they were the originators of that. They were doing their own thing, and other bands were following them. But Everytime I Die, they have a super distinct, original sound. And then we met out here in LA, because they were trying to get, like, a reality show going, because they are funny guys, too. So they brought me in on it and I met them. The show never happened, but me and Keith have been friends ever since.