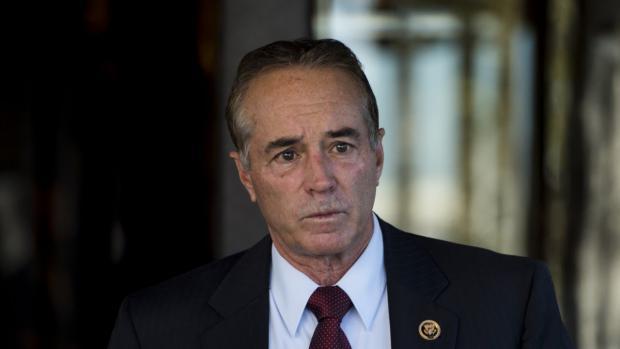 Chris Collins’s indictment: It was like poetry. Pure, dumb poetry.

Wednesday’s child was all defiance: At his Wednesday evening press conference, which began about an hour and a half after it was scheduled, indicted Congressman Chris Collins insisted that, in the face of criminal charges of insider trading that also swept up his son and his son’s putative future father-in-law, he would not resign, would not drop out of his race for re-election, and would not address the matter again outside of a court of law. That defiant stand, coupled with his self-portrait as a guy who’d martyred his money in search of a cure for multiple sclerosis, took seven minutes. At the end of the live TV coverage, a reporter could be heard saying, “I drove all the way from Batavia and you’re not going to take any questions?”

Thursday’s child was largely silent: And then Collins seemed to keep his promise, issuing no statements and responding to no inquiries. But in phone calls, boardrooms, and emails, the local Republican intelligentsia were making a cold, cruel judgment.

Friday’s child, hung out to dry: First, by shows of, at best, tepid support from former champions like Erie County GOP chairman Nick Langworthy, who wondered out loud how Collins could run a race and fight the charges; and then by his former allies’ unseemly enthusiasm to take his place, most notably Erie County Comptroller Stefan Mychajliw and developer Carl Paladino. (Because what New York’s 27th Congressional District needs is a representative who was actually, legally removed from elected office for unethical behavior.) And let’s not forget Ed Rath, the Erie County legislator best known for having his father’s name on a county office building. There is literally no Republican officeholder who has flat-out said no to taking Collins’s place on the ballot.

Saturday’s child would not resign: On Saturday, Collins did something he has never done in public life before, not even when he lost his bid for a second term as Erie County Executive: He conceded. He announced that he had suspended his re-election campaign. However, he also said he’d fill out his term. Worse for the Republicans scrambling to rub out his tarnished name, Collins recommitted himself to fighting the charges, which he calls “meritless.” If Collins would just plead guilty to some criminal act, perhaps GOP leaders could yank him from the ballot as unqualified, under state election law. Short of that, Collins’s old friends and enablers can only be rid of him if he dies, runs for some other office, or moves out of state. While Democrats—who would love to run their candidate, Grand Island town supervisor Nate McMurray, against an accused felon—would not likely challenge Collins’s death in court, the other two subterfuges will draw lawsuits.

Sunday’s child was talk show fodder: Only Omarosa’s book prevented the Sunday morning news shows and cable pundits from becoming one-note Johnnys. For which we give the show bookers and Omarosa an honorary down in an otherwise brilliant week.

But what about his son and daughter? Cameron Collins was indicted with his father; he passed his dad’s inside information to his fiancé and her parents, who were invested in Innate Immunotherapeutics on the Congressman’s and his son’s advice. The father-in-law then advised friends and relatives to whom he’d hyped the stock to sell; some of these are the unindicted co-conspirators who provided investigators with testimony and evidence leading to the indictment of Collins, his son, and his son’s putative future father-in-law. The Congressman’s daughter, Caitlin, also held a substantial position in Innate Immunotherapeutics. (An Australian stockholder in the company has complained for years that the stock owned by Collins’s children was a ruse intended to thwart guidelines meant to make it difficult for one stockholder to gain outsized control of the company.) Why did Collins permit his daughter, the elder sibling, to take a big financial loss, while helping Cameron to save his allowance, thus leading him into a criminal conspiracy? And what kind of father does not instantly, at the drop of the first shoe, say, “Take me. I’m guilty. Let my son go.”

But Tuesday’s child was ever thus: a stubborn sociopath, a self-serving cuss.

He bought companies, dismantled them, broke unions, made money;

Made crude jokes about lap dances and thought himself funny.

He named both his kids so they’d share his initials!

(Why do we make narcissists elected officials?)

He’ll plea bargain, just watch, and pay his way out with ease;

Sell his Clarence McMansion and move to the Keys.

He’ll pretend it’s beneath him, but silently seethe,