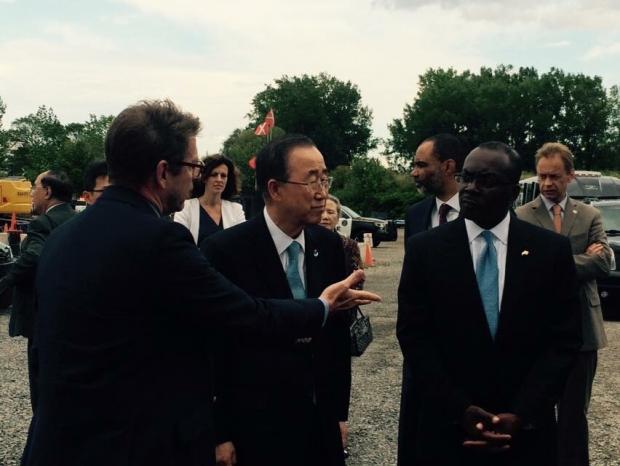 Some pals in Buffalo City Hall say that at about 5pm today UN Secretary General Ban Ki-Moon arrived at Niagara Square for a tour of Buffalo. Apparently, the Secretary General read about Buffalo in the New York Times and decided he’d like to visit.

We’re told the Mayor Byron Brown and other local leaders have taken Ban Ki-Moon on a tour that includes Solar City, Larkinville, the Michigan Street Baptist Church, the Buffalo Niagara Medical Campus, Kleinhans, the Richardson Complex, and the Albright-Knox, among other points of interest. He’ll be dining in town tonight, too, we’re told.