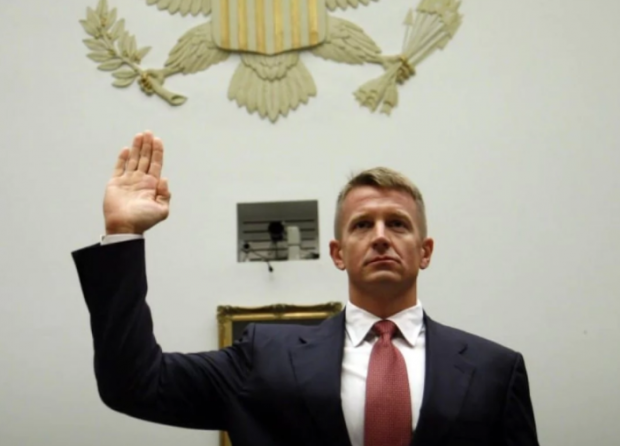 The events of the past 48 hours, including the violence and deaths in Charlottesville Virginia, and the ongoing national protests and rallies both for and against racist white nationalists, is shocking.

The state of the world has moved into chaos.  Dont just be distracted by Trump’s North Korea and Venezuela threats. There is so much to be consumed by. And we are being consumed.

This is a deliberate strategy establshed by the racist oligarchs that have reached into and seized the White House. Gang leaders inside the White House include a complicit and compliant President, the anti-democratic strategist and Brietbart subterfuger in chief architect Steve Bannon, the white nationalist Stephen Miller, and President Trump spoke-zombie, Sebastian Lukacs Gorka, a far right Hungarian anti-Jewsh activist that attended Trumps Innuagural Ball wearing a Nazi medal.

All of the information coming out of the White House is practiced and deliberate sophistry. It is designed to destabliize us. It is rising at an astoundingly rapid pace. The game is on. It is difficult to keep up. Even so-called news outlets including CNN are finding it challenging, or politically expedient, to not catch on.  I was shocked, just shocked last week when CNN’s Wolf Blitzer engaged in a defense of the rise of the White House supported Alt-Right by telling a guest representing the NAACP human rights division that “come on, you can’t really call the Alt-right, racist!”

If you watched any news coverage of the Charlotte conflaguration you must have seen the hundred or so tiki-torch carrying Klan members marching on the public square on Friday night to launch the Alt-right Klan and Nazi Rally.  This was just the beginning of the heated weekend in Charlottesville.  More to come.  We are being hunted. Soon this violence will reach your neighborhood. Trump guarantees it.

Saying No is Not Enough

Last week I spent a few shocked vacation days consuming Naomi Klein’s new book “No is Not Enough”.  Klein is the brilliant author of one of the most important books of the last 50 years, The Shock Doctrine.  Noitice the “shock” theme in todays GreenWatch.  For those of us that wish to survive the ongoing and more importantly, the upcoming shocks, “No is Not Enough” is most important summer reading.  It is also easy reading, well organized, and outlines what we are experiencing in America today.

Klein has seen and documented austerity measures across the globe, initiated by the very same people and ideas in todays White House.  They are now in charge of spreading the contageon of disintegration of government and the western democracy way of life.  The economic austerity measures designed to seperate people from the economy and to seize power is also defined by the term “Disaster Capitalism“

Strategies used across the globe under the context of “austerity” include the introduction of cataustrophic events including war, bank closures, and the collapse of democratic power.  All under the name of seizing power under the auspices of “emergeny delcarations”. These deliberate introductions of “culture shocks” lead to unrest, fear, confusion, and ultimately the introduction of emergency measures including the impostion of Martial Law.

In todays world, the extractive economic strategies imposed by the world’s oligarchs are well represented by disaster capitalists and thieves including Putin, Trump, and most members of current elected regimes in the USA. Sad. This is not making America great again. It is breaking us.

With No is Not Enough, Klein asserts with some extreme credibility that what is coming to America will be a shock unlike anything we have ever seen.  Trump is articulating it as Fire and Fury. This is not an idiot speaking unexpectedly. It is a deliberate strategy to spread fear, confusion, and shock.  I am not defending Trumps IQ here. His loyalty is beholden to a power greater to him than the Constitution.

So perhaps we can expect more widespread disruption. It will probably lead to the closing of banks and hospitals, the ruination of health care, the end of education, and the loss of our ability to feed, cloth, and shelter ourselves.  Will Women’s Rights and Human Rights vanish from our grasp?  Today, each and every day the rights of women, including health care rights, are vanishing across America. Will our children and grandchildren be faced with a future that is as empty as deep space?

The answers may lie in the current ongoing dismantling of government. Soon it will be so small that it can be drowned in a bathtub. Today, Trump and our own Congressman Chris Collins are pushing the base, which has deep roots in WNY, toward race wars and the complete discreditation of the other two bodies that create our government checks and balances, - Congress and the Judiciary. Chris must have another job lined up.

There are some significant yet still hidden hands to be aware of. Erik Prince, the extraordinary mercinary soldier that founded Blackwater, is out there somewhere, plotting. He is the brother of Betsy DeVos, the current United States Secretary of Education. He recently made some news calling for the privatization of military operations in Afghanistan. He is a champion of upticking Homeland Security Measures including the privatization of border security. He advocates for privatized prisons. He has been publically identified as working for Trump to establish backchannel communications between the White House and Putin. He has an office in Trump Tower in NYC. He may be a frequent visitor to the White House and this month,  the New Jersey Golf Resort that is the summer White House center of operations. We may never know for sure how often he visits because this administration is the first White House to refuse to release any and all visitor logs.

So what kind of big shock can we expect?  The rise of violence this weekend may portend law enforcement measures that may reveal the kind of law and order measures that Trump speaks for.

On September 30, the government is facing a shutdown.

The shutdown which must be prevented by Congress, will trigger a debt ceiling crisis. This crisis would likely cause a recession not only in the U.S. but globally. When Trump announced in June that “what this country needs is a damned good shutdown”, we knew we were in very very  deep trouble. A global crisis will turn the world inside out, which is exactly the shock that global oligarchs are seeking.

We already know that Putin is preparing for this by investing in new curriencies, notably electronic currencies simiar to Bitcoin. He and other oligarchs are betting on this to hedge their fortunes. This is a part of the Invisible Hand’s security blanket.

What are you going to do when your bank or invetment firm refuses to honor your account, when your social security check vanishes, and health insurace refuses to pay for medication? It has happened in places like Greece and Africa and throughout South and Central America. This is all well documented in Klein’s Shock Doctrine.

You can bet that Erik Prince and his cohorts in the pussy grabbing head bashing law and order White House have a solution.  And it will rain down on America.