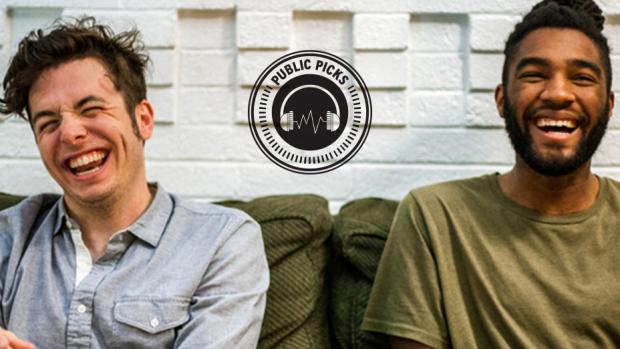 Two talented local bands have recently teamed up together to release a split album. Indie rock bands M.A.G.S. and Humble Braggers released their split last month on Admirable Traits Records and the combination seems like a success. M.A.G.S. laid-back indie rock tunes play well off of Humble Braggers slick, synth heavy pop jams in a tension and release sort of relationship. The jangly guitars and fuzz riffs found on the M.A.G.S. tracks, “How It Starts” and “Hi Tops” build up only to be soothed by the spacey pop of “My Love and “Sinking Down” by Humble Braggers.

Human Glaciers is a slow-motion bassy hip hop track from Mic Excel, produced by Cleveland’s Amani.cove and Simon Sed. The star on this track is the hypnotic guitar track and pulsating bass, which set the scene for the crisp vocal raps, which are nicely layered. Excel has only matured over the last few years and this track shows a more subdued side of the artist.