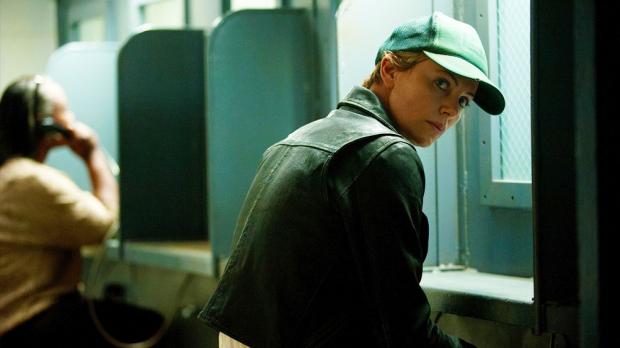 When I can, I like to watch a new movie knowing as little as possible about it, so as to keep any prejudices—positive or negative—at bay. Given that I don’t live in a cave, that is seldom an option with big releases, but I can often do it with smaller movies, especially given the modern trend not to use opening credits.

That can backfire. A few minutes into the preview DVD of this, Mrs. Faust recalled that she had read the novel on which it was based. As it went on, I started wondering why anyone wanted to make a movie out of this dour, perfunctory story, especially given the missus’s occasional comment on how they had cleaned up some of the story’s darker aspects.

It wasn’t until the end credits that I figured it out, when I read  “From the novel by Gillian Flynn.” That’s when it made sense: From the author of Gone Girl, which made for one of the more satisfying adult dramas of recent years, some producer clearly hoped that lightning might strike twice.

I won’t try to compare two novels that I haven’t read; for all I know, one is just as good as the other. But the obvious difference is that the film of Gone Girl was directed by David Fincher, who is a master at this kind of thing, where Dark Places was helmed by Gilles Paquet-Brenner. On the basis of the two of his three features that I have seen (you may recall his historical drama Sarah’s Key, starring Kristin Scott Thomas, which played here in August 2011), Paquet-Brenner does not seem to be on track to be the next David Fincher. If he is lucky, he can graduate to a career directing HBO series. (He also wrote the screenplay, a task Flynn undertook herself for Gone Girl.)

Dark Places stars Charlize Theron as Libby Day, a 30ish woman who has lived her adult life in Kansas City in a rather unusual way: funded by donations from people who were horrified at what happened to her 25 years ago. She was the sole survivor of an attack at the farmhouse where she lived with her mother and two sisters. Her older brother Ben was accused of the crime. The prosecution had no hard evidence, but he was known to espouse Satanism in the way that teen boys in the 1980s sometimes did. (Any comparison to the West Memphis Three is undeveloped.) The nail in his trial was when Libby, at the time eight years old, was prodded into naming him as the killer, even though she saw nothing.

From the casting of Oscar winner Theron as Libby, one might guess that this story is going to concern, at least in part, the life of a woman who has lived with guilt and horror as well as an indifference to financial need. Maybe that’s what she was expecting when she signed up for the role. But what we get from Dark Places is a bland thriller in which, prompted by an offer of money from a club of true-crime enthusiasts, Libby investigates and uncovers the true events. Much of this is in the form of flashbacks depicting incidents that she neither witnessed nor, as far as we can see, learned about; the solution, at the risk of being a spoiler, has little to do with any of her digging. It’s satisfying neither as a mystery nor as a character study. It isn’t even much as a portrait of life in a part of the country beset by hard times (Libby’s mother was desperately trying to hang on to the family farm at the time of her death).

Mostly it’s simply an exercise in a kind of grimness that Quebecoise directors seem to enjoy (cf. Denis Villeneuve’s Prisoners). But if that’s your idea of a good time, you’re advised to stick with the novel.