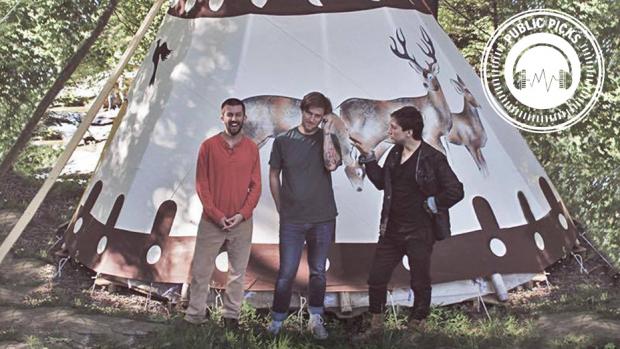 From a few Buffalo indie rock veterans comes the new project Ugly Sun, and their debut EP, Cherokee. Released on July 16, Cherokee is a five-song collection of sometimes dreamy, sometimes spacey indie rock music. Highlights include the fuzzy title track, “Cherokee” and the record’s driving opener, “Mock Me Out.” The three piece band includes brothers John and Harrison Crook on bass and vocals respectively, and Trey Hollowood on guitar. Cherokee is now available on iTunes and Spotify.

Buffalo indie-pop band Head North returned this week with a slick new music video for their track “God (Bring It Back).” Directed by Buffalo videographer Andy Deluca, the video, which begins with the caption “The Last Living Man Alive,” appears to be a single, unbroken shot featuring a group of dancers expertly nailing some fun dance moves—including some breakdancing and backflips—before rewinding back to the start. The single is a promising taste of the band’s upcoming album The Last Living Man Alive Ever In The History Of The World.