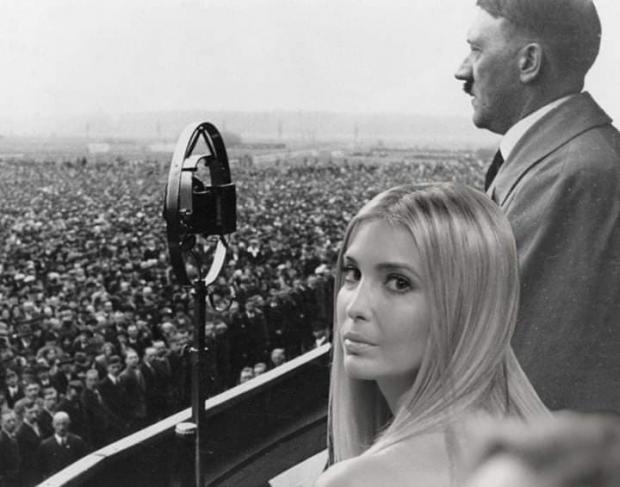 “The economy, stupid” is an old political equation and statement made by Chester “James” Carville, campaign strategist for Bill Clinton turned CNN contributor and political analyist. It’s a simple and straight-forward calculation: If you can improve the material conditions for voters you will win. Because at the end of it all “we” just want the same things. We want to see our children grow in stable environments, we want to be cared for in old age, we want to live longer happier and healthier lives. Right? The only problem with Carville’s thirty-year-old calculation is that it does not consider the following:

In other words, it’s the suffering, stupid.

And I need to be very clear about what I’m saying. Yes, this hypothesis is partially inspired by the rise of the alt-right and the explosion of white extremist hate groups in the past three years. Yes, this hypothesis is also inspired by the Trump regime and their steady push to fascism and brutality in seemingly all aspects of American life. But beyond the active hate groups we keep seeing in the news, I strongly believe that most white Americans are not just ignorant or complicit, but are either actively or silently encouraging white terrorism and black suffering. It’s more than just the big bad skinhead VICE news is willing to show us. It’s not just the cops, judges, and prosecutors, but also the defense attorneys and the jurors.

Like the jurors in Florida who awarded the family of Gregory Hills Jr. $4 for being shot and killed in his garage by St. Lucie County deputy Christopher Newman in 2014 (no charges filed against Newman of course). The jurors decided after 10 hours of deliberation that Hill was “99% responsible for his own death.” Most people can recognize the injustice of the police shooting an unarmed person in their garage, but what does it say that the state of Florida can find 12 people to be so cruel to the Hill family?

Twelve people from across the state all sat in a room for 10 hours and actively thought up a way to deny justice to this family. A dollar for funeral expenses and one dollar for each of his three children, ages 7, 10, and 13 (as of 2018 and according to CNN). And I would be selling my hypothesis short if I didn’t mention the fact that the only reason deputy Newman and the other murderers arrived at the Hill home in the first place was because of a noise complaint from a mom picking up her kid across the street. We don’t know for sure the race or identity of the mother who called the police on Gregory, but if you were being completely honest with yourself while reading this, then I’m sure you pictured or imagined the phantom cop caller. What does she look like? You can scream at my words “What does race matter!” all you want, but you knew Gregory was a black man, even without me needing to specify that Gregory Hill was Black, and that officer Newman is white. So, I’m sure we are all able to picture the jury that spat in his family’s face, as well as the mother who called the police on Gregory Hill Jr. on his last day drawing breath.

There is no economic justification for this and the many other examples of cruelty that white people of all identities and backgrounds perpetrate on Black and other racially oppressed peoples. Even the “white working class” as they are referred to by politicians, mainstream media, and members of the seemingly far Left, historically act in tangent with the same power structure which denies them decision-making power (two of the last three presidents were not decided by popular vote), economic justice, and has more often than not left them to fend against climate disaster on their own or with very little support. (Still more support than the direct victims of environmental racism like the majority black cities of Flint, MI and New Orleans, LA, but you get it).

Yet none of the facts has or will stop millions of white people from voting for Republicans or corporatist Democrats who have and will directly harm them through their constant scheming on behalf of the donor class. Trump supporters being the least educated and lowest income earning group of whites is an especially glaring example of how lower income whites will not only side with the ruling class but are doing so for seemingly for no logical reason at all. Until we face the hideous fact that they would be and are just fine with living in squalor, economic and political subjugation to the donor/ruling class, and constant crisis if black people and other racially oppressed people have it worse.

The white people voting for Trump—applying to be ICE or Customs and Border Protection officers, giving their pay to GoFundMe for a make-believe border wall, and killing black people on the street either as vigilantes or in uniform—are not fighting this desperate battle for control of resources. No! These white people have ALSO lost faith in the American project of continuous consumer power and material luxury.

These white people (you) are showing up primarily to hold onto their (your) position within a dying empire. They will and have been actively working against their own material self-interest just to witness the bloodletting. Their grandmothers can die sick from treatable disease, their children can go to bed hungry, and their house can get washed away in a flood or burnt to ashes in climate disaster; if it happens to POC first and worst. That’s not the economy stupid, that’s tens of millions of our neighbors committed to destroying themselves if “the others” suffer worse and preferably out in the open for them to gawk at and deride.

Desmond Abrams is an anti-racist writer/organizer from Buffalo NY. To best support his work please donate or give monetary mutual aid to paypal.me/DesmondAbrams