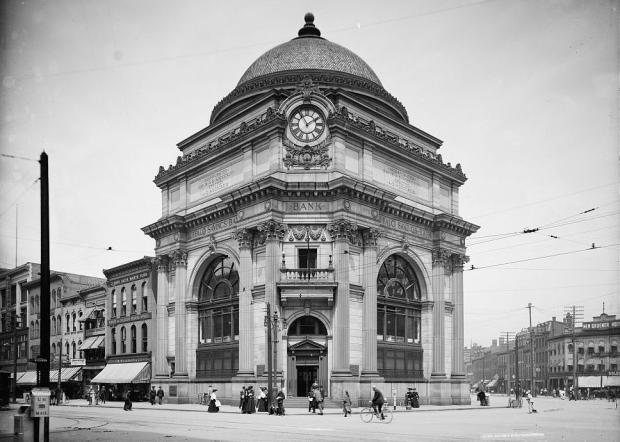 Community leaders and members gathered on last month to discuss and share what they believe to be a serious issue in Buffalo. Home owning and investment in certain neighborhoods around Buffalo are non-existent. As Buffalo enters what seems to be a “boom” period, some community members strive to find their place within it.

The call to action and engagement comes from a few community organizations. PUSH Buffalo, Community Action Organization (CAO), and the Western New York Law Center all came together to introduce what themselves as the Buffalo Community Reinvestment Coalition (BCRC) which will represent low- to moderate-income neighborhoods.

The Coalition came together and raised the question: “What is wrong with banking in our community?”

Paulette Cook, a lending analyst from the WNY Law Center, touched on the Community Reinvestment Act (CRA). The act, passed in 1977, was a legislative attempt to stop discrimination of home ownership and other practices from banks. The act, which is still used today, regulates banks by evaluating them every two to three years for large banks and every four to five years for smaller banks. Despite this federal help, Cook said, there needs to be more community engagement.

CRA exams give banks a certain rating: Outstanding, Satisfactory, Needs to Improve and Substantial Non-compliance in the categories of lending, investment or community development and services. The exam results are posted to the public and allow for comments and questions.

Cook urged the community to comment on CRA exams whenever they can, to tell banks and to tell the government how they feel about the exam and the scores they receive. However, there is more to what the community can do than just commenting on the exams.

The Buffalo Community Reinvestment Coalition now hopes to pass a Responsible Banking Ordinance (RBO) in Buffalo. This movement has been in the works since 2011.

The Responsible Banking Ordinance holds the banks responsible using two principles: transparency—confirming banks investment goals and obligations; and power—using the community taxpayer money to ensure that these obligations are met.

The first Responsible Banking Ordinance started in Pittsburgh, PA. Since then, there has been ordinances passed in New York City, Cleveland and Los Angeles.

The RBO would make sure that banks are investing in the community, using the money received to not only invest in the large scale building projects around downtown Buffalo, but also the small businesses and home mortgages that are in need of money around the East and West sides of Buffalo.

“We won’t invest in banks unless they invest in us,” John Washington of PUSH Buffalo said. “We’re looking to work with banks, rather than against them.”

The community stressed that they do not want to change banks on a national level. They only wish to work with them to change how they work within the City of Buffalo.

In Buffalo, there are few major banks that the city has money invested in. JP Morgan Chase Bank held nearly all the city’s money for many years until 2012, when $45 million was transferred to First Niagara. JPMorgan Chase still holds two-thirds of Buffalo’s investment pie. However, there is not a single Chase Bank branch in all of Buffalo—nor are there any in the towns surrounding Buffalo. With no branches, there are no loans and no investments available to anyone in Buffalo.

Rasheed Wyatt, a council member for the University District, shared the concern that some banks may feel threatened or may be forced to remove their branches from Buffalo if this ordinance is passed. Wyatt shared that while proposing the idea to every bank in Buffalo, one bank president said that if such a thing passes, their bank will move out of Buffalo.

“Banks don’t like to be told what to do.” Wyatt said.

In addition to banks possibly moving out of the area, the RBO would also help to put discriminatory practices like redlining to an end. Redlining is when a bank deliberately does not invest in certain communities due to demographics and income. Evans Bank was accused of redlining in September of last year. However in 2013, according to the CRA, Evans Bank received an “Outstanding” rating for their investment and community development category.

The BCRC hopes not only to pass the Responsible Banking Ordinance, but also hopes to educate the community on things like credit repair and home-owning. Washington believes there is a disconnect between banks and low income communities, and that adult education is a way to fix that. He believes that bringing a culture of “community wealth,” in conjunction with the RBO, will bring about a better Buffalo.