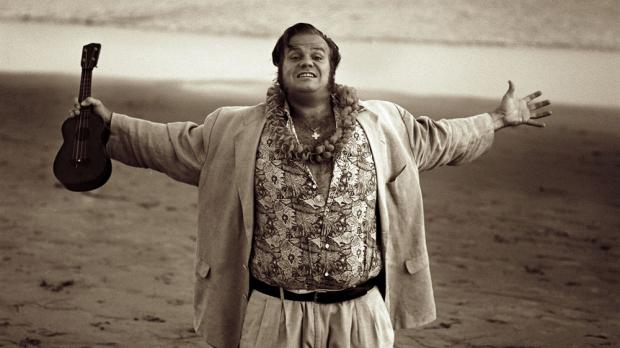 Whether or not you were ever a fan of Chris Farley’s work on Saturday Night Live, where he was widely hailed as the second coming of John Belushi, you can’t deny that this was someone who really threw himself into what he was doing. Literally. At one point in this documentary, an SNL producer talks about the comedian’s refusal to temper his falls anytime he threw himself around the stage or onto the floor, which he did regularly. Even a talk from Chevy Chase, who had years of addiction to pain killers after taking too many falls during his one season of SNL, failed to sway him.

Made for the Spike cable channel, I Am Chris Farley covers the short career of the comedian who died from a drug overdose in 1997 at the age of 33—the same age and cause as Belushi. It may not make you a fan, but if you already are it’s unmissable, featuring plenty of behind-the-scenes footage, including clips from his time at Chicago’s Second City. (And even if you’re not a fan, the stuff about Del Close, the man who essentially invented modern improve comedy, is worth a look.) After leaving SNL for the movies, his substance abuse problems (he was in rehab 17 times) are exacerbated by a poor self-image: A performer who didn’t write, he became a victim of the uninhibited fat guy character that shot him to fame.

Farley is remembered by his family (who bring early home movie footage) and friends, including Second City castmates Mike Myers and Bob Odenkirk, Christina Applegate, Tom Arnold, Dan Aykroyd, Jay Mohr, Adam Sandler, Molly Shannon, David Spade, and others. It will be shown Friday at 9:30pm and next Wednesday at 7:30pm at the Screening Room.