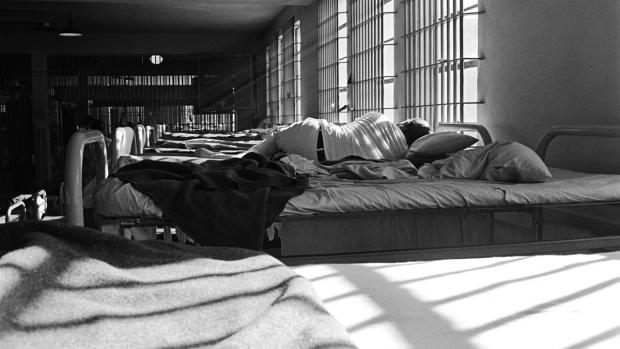 Obama’s visit
President Barack Obama last week made a notable visit to the federal government’s El Reno prison, after which he told the assembled reporters that we have far too many people doing far too much time for nonviolent offenses, many of them doing huge sentences for crimes that nowadays hardly get any time at all.  (You can see his nine-minute comment on the issue here.)

He was right, in all regards. Almost.

That is what it costs to run all those state and federal prisons, most of whose inmates should not be there. It does not account for all the wrecked families, the children who become social problems who would not otherwise have become social problems, the pain and suffering and all the rest of the garbage that results from the US policy of overconvicting and oversentencing.

The only person I’ve seen engage this directly on national television was John Oliver on July 26. It’s not up on the web yet but go to YouTube and find it: He nails the sentencing part or it.

Sentencing and symbols
What he doesn’t nail is why we do it. Why do we give minor drug offenders sentences far longer than robbers, terrorists, or corrupt Wall Street financiers? Why do we have mandatory sentences with no parole? Why do we spend on bars and cellblocks billions of dollars that might go to neighborhood improvement, education, rehabilitation, and all that good stuff?

If we took that $80 billion Obama mentioned (which doesn’t come close to the real number) and used it for other things, what then?

Obama is the first US president to have visited a federal prison and said there shouldn’t be so many federal prisons, or that the room over his left shoulder that housed three men didn’t have enough room for one. That was good to have done.

But Obama has also maintained, and expanded, the federal program of hiring private corporations, like Corrections Corporation of America, to set up private prisons in which both adults and children are kept for years with no charge. Several federal judges have said this abominable treatment of children is illegal, but the administration still stonewalls on letting them out. While they are locked up, they are not only abused but they are missing years of education and healthcare. They will never catch up.

So Obama’s visit to El Reno is great, and his pardoning of a few dozen people who were doing absurd time is great, but this is like pissing in the Atlantic and hoping the water level will rise. It’s a nice gesture, but not much will change unless far more is undertaken.

The real questions
Why do we have 2.2 million people locked up, with all the family destruction that incurs, and who profits from it? Social atrocities likes this don’t occur unless people profit. They may start out in passion or stupidity, but they only continue this long if people are getting something out of it.

Who profits from prison?
—For starters, the politicians, at all levels. I cannot count how many pols have said to me, “I never lost a vote because I voted to give criminals more time.”

—More specifically, former New York Governor Nelson Rockefeller, who introduced the villainous Rockefeller Drug Laws, which in an instant turned former misdemeanors and minor felonies into crimes with huge time and mandatory minimums. He did it because he was trying to convince Republicans that he wasn’t really a liberal. He still hoped to be president and those drug laws and the Attica slaughter were the cards he put on the table. It didn’t work for him, but we’re still paying the bill.

—Rural workfare. Corrections—prison workers—are the second-largest employee group in New York State, and probably several other states. Subtract Attica from Wyoming  County, New York, and you’ve got Desolation Row. Subtract Dannemora from Clinton County, New York, and you’ve got a cold, lonely place: In the 2010 census, about 3,000 of the 3,936 residents were convicts. Likewise all those other upstate counties totally dependent on a prison, a state college, or both.  In addition to all the solid wages and benefits, those counties get to count all their convicts at Census time, so the convicts bring them additional state and federal funding.

—Private prisons. There is now in the US a huge private prison industry. They handle immigration families for the federal government. They handle overflow for the states. A state with a tight budget but a bunch more convicts simply ships them off to Corrections Corporation of America or one of its clones and says, “Take them, don’t make noise.” Since CCA and organizations like it are for-profit, they have to cut corners but stay legal: It’s not easy, but they manage. The lives of the convicts get smaller and smaller. CCA and organizations like it lobby against both prisons and sentencing reforms. A few million bucks paid to politicians is nothing to the profits they reap from barbed wire, barracks, and guards with guns.

What about us?
Basically, we’re screwed. We have a criminal justice system dedicated to incarceration not justice, an incarceration system dedicated to self-maintenance rather than rehabilitation, and millions of prisoners who will for no humane reason die in the joint, or come out here feeling pissed off because they have been fucked over in more ways than you will ever know. And they are right.

We spend a huge amount of money on our prison system. That money, save for the profits made by CCA and its clones and for rural workfare, gets us nothing in human decency or personal safety. The money is going to the wrong people for the wrong reasons.

Barack Obama has made some nice gestures. It will take more.

Bruce Jackson is SUNY Distinguished Professor and James Agee Professor of American Culture at UB; he is also an associate member of the UB Law School faculty.