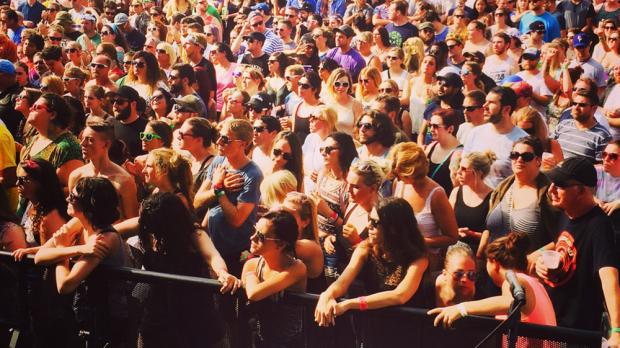 Let’s hope that the 30,000 new workers in the Buffalo-Niagara Falls area get a new president and a new Congress in 2016 who listen more to what Lane Kenworthy hopes for than to what Gary Burtless worries about.

Kenworthy, author of Social Democratic America, thinks that the economic and political future of this country will be better if our national economic and social policies become more like those of Scandinavia and Canada. By contrast, Brookings Institution economist Gary Burtless thinks that existing income-support and social insurance programs like Medicaid and food stamps are actually subsidizing non-workers rather than low-income workers, and that supporting non-workers results in them not wanting to take low-wage, no-benefit jobs.

While faraway intellectuals debate, we are experiencing the happy reality of 30,000 new jobs. But we are also experiencing the reality that we here in the City of No Illusions need to face up to—that most of those new jobs are low-income, no-benefits jobs that still leave most of the new workers here eligible for food stamps, Medicaid, and the Earned Income Tax Credit.

30,000 real jobs!
Here in America’s new party town, the Obama recovery is absolutely real—because we can count 30,000 new jobs in the Buffalo-Niagara Falls metropolitan statistical area since 2008, the year that our esteemed friends Richard Fuld and his team at Lehman Brothers crashed the world economy when they went belly-up betting on junk mortgages.

The Bureau of Labor Statistics says that as of June 2015, there were 569,000 people employed in Erie and Niagara Counties. That’s 9,000 more than were working before the Twin Towers were rubbed out by those Saudi hijackers (not an Iranian among them). There haven’t been this many people working in Western New York since the 1990s, when our population was bigger.

Sadly, the new jobs don’t pay much—and that’s where the discussion of the minimum wage, the Earned Income Tax Credit, food stamps, Medicaid/Obamacare, and our alphabet soup of economic development agencies and the subsidies they hand out gets very urgent.

Happy fact number two: Our regional economy is growing, but we’re not producing enough income for enough people to keep ourselves going without ongoing subsidies of more than $1 billion a year from Downstate. Elon Musk’s 5,000 new high-paying jobs may be on the way to replace the 5,000 manufacturing jobs we lost since 2008, but unless a lot more boats rise with the tide, expect more of what we see today—lots more people serving drinks, changing hotel beds, running casinos, working as nurse’s aides and home healthcare assistants, but a stagnant or shrinking number of higher-wage workers.

Around here, the hospitality and entertainment and healthcare/education sectors have rebounded faster than any others. There are even a couple of thousand people more working in banks. (Bob Wilmers of M & T grumbled proudly to me a year ago that he has had to hire hundreds of people, at high salaries, just to comply with the new Dodd-Frank regulations.) Healthcare employment is up, but get this: The hospitals don’t have as many people as before, while the nursing homes and the home healthcare agencies have more; i.e., there are fewer high-wage healthcare workers here and more low-wage healthcare workers here. Manufacturing is down 5,000 since 2008, but there were more than 93,000 manufacturing jobs here as late as 1990, a decade after the demise of the steel plants. Today, we’re down to 53,300. Technology, globalization, technology again, plus capital flight—the mind-numbing, low-skill/high-wage work of yesterday barely exists here. It’s been replaced by mind-numbing, low-skill, low-wage work.

And low-wage work is the new normal. In testimony Dr. Fred Floss and I prepared for the New York State Labor Department’s Wage Board, we laid out how most of the wages in most of the new jobs here are well below $15 an hour—the wage that, at 2,000 hours a year (40-hour weeks for 50 weeks) will pay a gross of $30,000. On the happy day six years from now when a few thousand fast-food workers here get their $15, we’d better hope that they’re joined by the approximately 180,000 other taxpayers here who today report that they work for less than $15 an hour.

Counting the working poor
Just under two thirds of the taxpayers in Erie County report less than $50,000 a year in taxable income to the IRS. Here’s how that translates: Beefing up the pay of the low-wage workforce here is a really good idea, because of all the beneficial behavioral effects that result when the rising tide lifts lots of boats rather than just a few yachts.

Here’s our challenge: The problem isn’t just that almost two thirds of the Buffalo-Niagara Falls metro taxpayers report incomes of $50,000 a year in a state where the median household income is $58,000. The problem is that we’re poorer than that: More than 40 percent of people who file a federal tax return here report under $25,000 a year in income. That figure, $25,000, is the threshold for the federal definition of poverty-level income for a family of four. The $15-an-hour minimum wage that fast food workers in Upstate New York will see six years from now will produce $30,000 in income for a fast-food worker who works 50 full-time weeks—not bloody likely for a McJob, but let’s assume. Between now and then, if you’re making anything less than $12 an hour, you’re poor.

The economic diversity we need
Raising incomes is a smart idea because, according to research done for every state by some people at Berkeley, it’s expensive to subsidize businesses that don’t pay their workers enough.

Gary Burtless of the Brookings Institution, who generally supports raising wages for low-wage workers, worries that giving food stamps and Medicaid to low-income families may be nice things to do, but since those benefits are available to the poor whether or not they work, just giving stuff away isn’t good behavioral economics—and he is sharply critical of the Berkeley economists for saying that low wages constitute a subsidy to employers like fast-food chains.

To that, we respond thus: The data in Erie County show that over 70 percent of the people on Medicaid here work for a living. Others who get Medicaid are indeed not in the workforce: They’re either old, or they’re children, or they’re too sick with problems like muscular dystrophy, multiple sclerosis, brain injury, etc. Our data are granular: In Buffalo and its suburbs, Medicaid is simply not a subsidy that keeps people too comfy to work low-wage jobs. Medicaid goes to people who work.

And as for food stamps, the Erie County data are pretty clear, too: Eligibility was expanded under Obama because Obama’s people noticed that low-wage work was becoming widespread—like in the Buffalo-Niagara Falls metro, where most of the new jobs pay less than $15 an hour. So as high-paying manufacturing jobs have dropped and have been replaced by low-paying hospitality, drink-serving, casino-tending, bed-changing jobs, food stamp utilization (you’re eligible according to your income) has gone up.

It would also be great if the 2,000 government jobs that evaporated after 2008 came back, too. To the chagrin and annoyance of Tea Party ideologues, government jobs—with their relatively high pay, their benefits, and their stability—help diversify and stabilize a regional economy.

But if new government jobs aren’t going to happen, a good alternative would be to raise the pay of current public-service workers. Too many members of the blue-collar unionized public workforce here make less than $15 an hour—even though many of them have to have licenses and training that certainly put them in the category of semi-skilled, if not skilled.

Meanwhile, back in the one percent: real estate, rents, dividends rising
The other data we’re working through these days show that finance and real estate, far from creating growth, higher incomes, and actual economic uplift for the region, seem to be making the problem of income polarization worse, not better—because the people making money off real estate are real-estate developers and real-estate financiers.

That’s why the continued emphasis of our government on subsidizing real-estate development is highly, highly counterproductive.

To the extent that real-estate development is concentrated in the urban core, next to the medical corridor, adjacent to Canalside, in and along the existing commercial strips, hallelujah—but everybody should be troubled that the assessment growth that is happening in most of our suburbs (quite robustly in Amherst, Cheektowaga, Hamburg, and West Seneca of the first-ring suburbs, and also in the second-ring sprawlvilles, too), is not happening in the urban core.