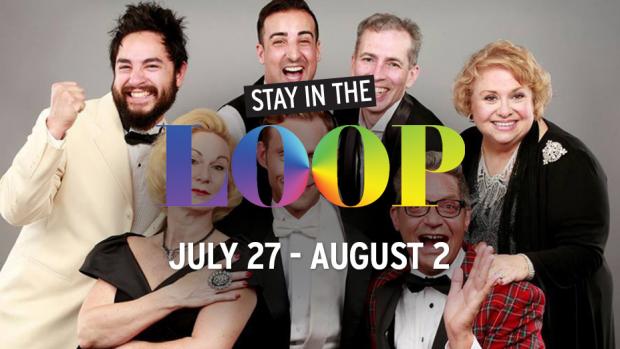 THURSDAY JULY 28
Out At The Ballpark
7PM at Coca-Cola Field, 275 Washington St.

The Buffalo Bisons team up with Pride Center of WNY during their game against the Syracuse Chiefs for an evening of baseball and celebrating the vibrance of the local LGBT community. Ceremonial first pitch to be thrown by  Ambush Buffalo, national anthems to be sung by Siobhan Fitzgerald-Matson of Shevy & The Pulse. Food and beverage available for purchase in the Centerfield Pavilion area beginning at 5 p.m. Tickets are $12, with proceeds benefiting the Pride Center — to be contributed to the Official Pulse Orlando Victims Fund administered by Equality Florida. Contact Rob Kates to purchase tickets at 846-2032 or rkates@bisons.com.

SATURDAY JULY 30
It’s Only A Play
8PM at Alleyway Theatre — Main Stage, One Curtain Up Alley

Jimmy Janowski, Lisa Ludwig, Anthony Chase, MaryKate O’Connell, Michael Seitz, Anthony Alcocer and Adam Hayes all on one stage same stage for this Buffalo United Artists production of Terrence McNally’s “It’s Only A Play.” After opening night of a new Broadway play called The Golden Egg, the shows producer is throwing a lavish party in her Manhattan townhouse where all of the New York showbiz elite has gathered. But upstairs, a group of insiders eagerly await the opening night reviews. It’s a celebration of theater at its best, and theater people behaving their not-so-best. Production runs through Aug. 14 Shows are Saturdays at 8 p.m. and Sundays at 7 p.m. General admission: $25, with discounts for members, students and seniors. Reserve by emailing buffalobua@gmail.com