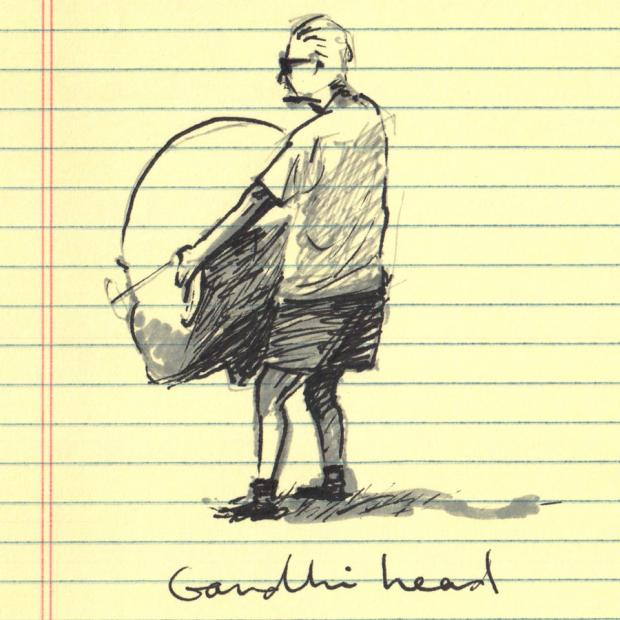 This might be a great year for the Green Party, which some polls are predicting could score a record-shattering five percent or more of the popular vote in the upcoming presidential election. Hillary Clinton is a tool of Wall Street and corporate interests such as Wal Mart, on whose board she once served. And Donald Trump, of course, is a fascist. The Libertarians want to do away with environmental and labor protections and open the door further for corporate pillage. This leaves opportunity for a strong Green Party run with the comparatively benign Jill Stein, who wants to grab the crown off Bernie Sanders’s head and hijack the movement his candidacy created.

The Green theme is generally the same as it was when I was an elector for Ralph Nader 16 years ago—vote “your hopes, not your fears,” only now it’s “vote your conscience.” George W. Bush, however, despite arguments that he was “the worse president in history,” and the reality that his foreign policy birthed endless wars and ISIS, never posed the level of threat that Trump presents. Trump is a bona fide fascist who assembled a following based on a cult of personality. Delegates at his Republican Convention, the whitest GOP soiree in over a century, regularly chanted for his political opponent to be jailed, presumably after his coronation. One campaign insider called for her execution.

Trump himself scapegoated immigrants, incorrectly blaming them for a rising tide of crime in a nation where the crime stats have been dropping for three decades, partially due to the influence of immigrant communities. His racist followers cheered wildly as he called for rounding up and deporting as many as 11 million undocumented immigrants, including many Americans who came here as small children. Arizona Sheriff Joe Arpaio took time out from defending himself against federal civil rights charges to address a cheering convention, incorrectly claiming that “terrorists” are coming over from Mexico and “causing massive destruction and mayhem.”

Convention delegates cheered when they heard that a Baltimore police officer charged with the murder of Freddie Gray was acquitted. They cheered when Texas Governor Rick Perry talked about his state’s propensity for executing its citizens, in a state where, the New York Times reports, prosecutors are significantly more likely to seek the death penalty for blacks than whites. Over the course of the campaign Trump regularly mined cheers from his almost all-white crowds with random attacks against the Black Lives Matter movement, upon which he cast direct threats.

The bottom line is that the risks of a fascist Trump presidency are significantly higher for people of color than for white folks. This is why he is polling near zero in black communities across the country while earning glowing praise from former Ku Klux Klan Grand Wizard David Duke, who, after Trump’s convention speech, tweeted that he “[c]ouldn’t have said it better.” A Trump presidency will accelerate the militarization of police while threatening the civil rights movements that have successfully called attention to racist profiling.

Most frightening is the Trump campaign’s success in borrowing a script from 1930s Europe and using his ever-present media access to bloviate to reality television audiences, playing to their innermost fears and ignorance-based racism, stoking the ugliest tendencies in American culture, and, according to recent polling, capturing the allegiance of a plurality of white male voters in many states.

Against this backdrop, the Green Party, which has no history of winning significant representation in any statehouse or holding a congressional seat, wants us to follow our conscience and cast a vote for Jill Stein.

Let’s get one thing straight. This is not a democracy. We do not have a parliamentary system. The game is rigged in favor of two ruling parties. If we are going to have any progressive change, this revolution has to take place within the Democratic Party. Bernie Sanders demonstrated that this is indeed possible, and he brought us within reach of accomplishing it. With the exception of a few local races, the Greens are locked out of the game. I am not proud of being a registered Democrat, but I want to have a voice where there is a possibility to enact progressive reform.

As high as the stakes are for white folks, they are much higher for people of color in this election. Voting your conscience is a “me” move. It might make you feel better. If Hillary Clinton wins and sells out to Wall Street, you can show us your clean hands. But it’s also a move that’s soaked in privilege—a move by people who don’t have to think about the threats a Trump government will specifically present to them, their families, and their communities as people of color.

My hands will be dirty after this election, but hopefully they will still be able to lift a sign in protest of whatever a President Clinton proposes.

Dr. Michael I. Niman is a professor of journalism and media studies at Buffalo State College. His previous columns are archived at www.mediastudy.com and are available globally through syndication.