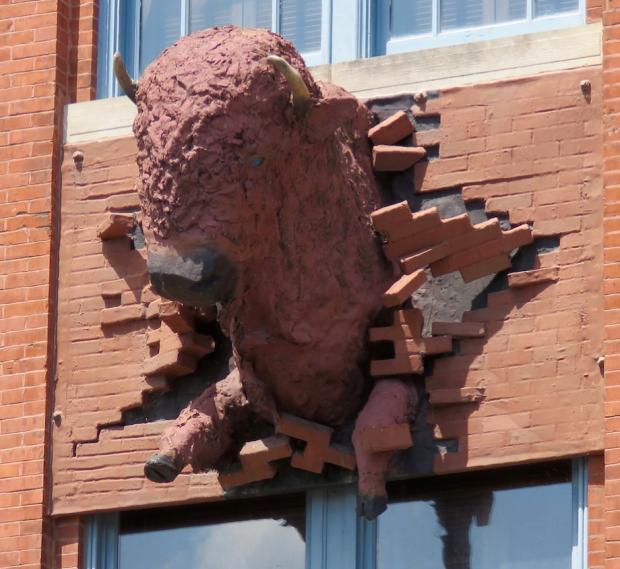 Some may think it’s sacrilegious to question Congressman Brian Higgins’ good faith and sincerity when it comes to development of Buffalo’s waterfront. In a recent column expressing a grudging endorsement of developer Gerry Buchheit’s 23-story tower proposed for former Freezer Queen site, Buffalo News columnist Donn Esmonde goes so far as to proclaim, “There is no questioning Higgins’ waterfront bona fides.” And Mr. Esmonde doesn’t stop there. He makes the following assertion: “For the record, there is no record of political contributions to [Higgins] from Buchheit or other project principals.”

Mr. Esmonde is incorrect.  The Federal Election Commission records show that Gerald A. Buchheit Jr. has contributed generously to Brian Higgins’ prior campaigns. The public has plenty of reasons to wonder whether, as expressed by the Buffalo News columnist, the U.S. representative from South Buffalo “simply believes the apartment tower is a good idea.”

FULL DISCLOSURE: I represent four local environmentalists and activists who are challenging the City of Buffalo’s approvals for the Mr. Buchheit’s 324-foot tower in a State Supreme Court proceeding known as Wooster et al. vs. Queen City Landing, LLC et al. I am so appalled by the City’s disregard for the protections built into the State’s environmental review process and the City’s zoning and planning laws that I am providing my legal services for free. In 2004, my East Aurora front lawn proudly displayed a sign in support of Brian Higgins while he successfully ran for the 27th Congressional district seat. When redistricting left me with Chris Collins as my Congressman, I could not help but long for the days when Brian represented my family in Washington, D.C. But now I am a South Buffalo resident, Mr. Higgins is once again my Congressman, and I am taking a closer look at what is happening in and around Buffalo’s Outer Harbor. Given the fact that we are not talking about a “virtual” 23-story tower – but a real threat to the significant and fragile natural habitat that adjoins Western New York’s Lake Erie shoreline – I feel compelled to hold a South Buffalo legend to the highest ethical standards.

Between 2006, when Gerry Buchheit did not yet own the former Freezer Queen site and donated $2,000, and 2013, when Buchheit’s Queen City Landing, LLC, owned the Outer Harbor parcel and he contributed $5,200, Brian Higgins’ campaign committee was the beneficiary of $21,600 in contributions from Mr. Buchheit.

Information available from the Center for Responsive Politics at www.OpenSecrets.org helps to places the size of Gerry Buchheit’s political contributions into context. The $5,200 donated in 2013 by Mr. Buchheit (who identified his employer as Accent Stripe, Inc., and his occupation as contractor) makes the developer of the 23-story tower project the 21st largest contributor to Brian Higgins’ campaign. The $5,200 contributed individually by Buchheit exceeds the total amount donated during 2013-2014 campaign cycle to Mr. Higgins by individuals affiliated, for example, with each of these organizations: Bricklayers Union, Communications Workers of America, International Longshoremens Association, National Fuel Gas Corp., Teamsters Union, United Auto Workers, Kaleida Health, General Motors, and Lockheed Martin.

But Gerry Buchheit is not the only principal affiliated with Queen City Landing’s 23-story tower project who generously donated to Brian Higgins’ 2013-2014 campaign. R & P Oak Hill Development – through its President, Melissa Garman Baumgart, and related companies, such as 3556 Lakeshore, LLC – is functioning as both general contractor and Buchheit’s partner in developing Queen City Landing. According to the OpenSecrets.org website, R & P Oak Hill Development’s $4,000 contribution to Brian Higgins made Mr. Buchheit’s partner Congressman Higgins’ 43rd biggest contributor in 2013-2014.

The combined $9,200 contributions Mr. Higgins received in 2013-2014 alone from the individuals and companies hoping to profit from the 23-story tower project are enough, when viewed in isolation, to cause inquiring citizens – if not Donn Esmonde or the Buffalo News editorial board – to question the Congressman’s “waterfront bona fides.” But there is another, broader reason to wonder whether Brian Higgins’ support for the Queen City Landing proposal is motivated by something other than a belief that Mr. Buchheit’s project was simply a “good idea.” According to the Center for Responsive Politics, two of the three industries to have contributed the largest amounts to date to the Brian Higgins for Congress 2015-2016 election campaign (a staggering, combined total of $68,500) are the building trade unions and industrial unions.

The size of the political contributions received by Mr. Higgins from the 23-story tower’s principals and the unions whose members would be expected to work at the development site provides a likely answer to the inquiry: “Why would a U.S. Congressman feel compelled to write a three-page letter in support of the proposed Queen City Landing development at 975 and 1005 Fuhrmann Boulevard?” It also might explain why the man Donn Esmonde refers to as “the figurative father of a revived Outer Harbor” would submit a correspondence that:

(a) fails to address the project’s likely impacts on the Outer Harbor’s natural environment and significant fish and wildlife habitats – despite having “SEQRA Comments re Queen City Landing Proposal” as its “Re” line; and,

(b) contains inaccurate assumptions more suitable to expression by Mr. Buchheit’s lawyers than a conscientious and objective public servant.

Here are several of the questionable assertions in the Congressman’s letter of support:

** Mr. Higgins opening paragraph expresses his “understanding that a public comment period has commenced pursuant of the provisions of the State Environmental Quality Review Act (SEQRA).” There never was a “public comment” period pursuant to SEQRA due to the City Planning Board’s issuance of a Negative Declaration. The Congressman could have corrected his misunderstanding by contacting either City officials or the respected environmentalists who sought his assistance in addressing the harmful impacts of the 23-story tower proposal. He apparently did neither, and, more importantly, did not urge the SEQRA “lead agency” to require preparation of an Environmental Impact Statement (EIS) to ensure that potential adverse environmental effects could be objectively assessed and properly mitigated.

** The Congressman concludes that the fact that the former Freezer Queen parcel is “privately held” means that “fewer levers of control are available to government actors who would seek to influence the outcome of this proposal.”  This assertion – mirroring arguments made by Mr. Buchheit’s legal team – ignores the prominent and productive role SEQRA’s EIS process is intended to play, whether or not the property is in public or private hands.  It also disregards the significant discretionary power available to both the City Planning Board (through the design and site plan review process), and the City of Buffalo Common Council (through the Buffalo Coastal Special Review District’s restricted use permit process).

** Mr. Higgins seemingly accepts the developer’s claim that lowering the proposed height of the tower would “debas[e] the financial underpinning of the project” given the “higher rents which the higher floors would command.”  Perhaps the Congressman’s 21st best campaign contributor shared with him something not seen by City officials or the public, a market feasibility study. If not, the U.S. Representative for the 26th Congressional District owes his constituency – the public and the electorate – a reason to trust the unsupported assertions of a developer who in 2008 and again November 2015 claimed that he could profitably develop the site by retrofitting the existing Freezer Queen building and adding a penthouse floor.

** Congressman Higgins – recognizing that the Green Code’s call for a six-story height limitation at the 975-1005 Fuhrmann Blvd. site has not yet been enacted into law – states that “it is not clear to me what leverage exists to legitimately restrict the proposed height of this structure.” Had Mr. Higgins contacted someone with knowledge of the City’s zoning law (other than, perhaps, Mr. Buchheit’s counsel), he would have learned that the Buffalo Coastal Special Review District provisions expressly give the Common Council the authority to determine the height of any building constructed along the Lake Erie shoreline. That, in my book, is an awful lot of leverage.

I am not thrilled to be doing it, but, in light of the above, I feel compelled to question Brian Higgins’ waterfront bona fides.

Art Giacalone is a Buffalo based attorney and his blog “With All Due Respect” Can be found here.

This article “Reasons exist to question the “waterfront bona fides” of U.S. Representative Brian Higgins” was originally posted on July 21, 2016