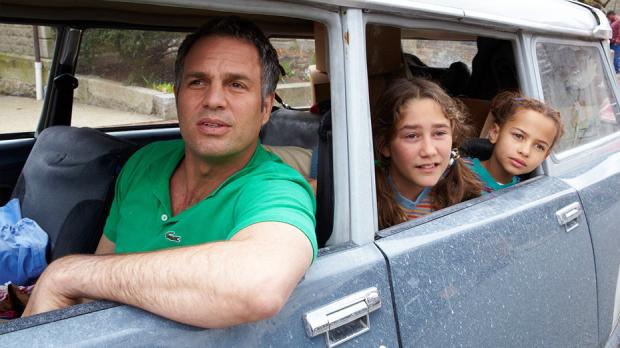 I have long been a fan of Israeli filmmaker Eran Riklis, whose movies (The Syrian Bride, Lemon Tree) explore the lives of Arabs in the shadow of Israel. His newest film, A Borrowed Identity, follows the life of Eyad, a boy of exceptional intelligence raised in Tira, an Israeli city with a predominantly Arab population. In the late 1980s he is accepted into the Jerusalem Art and Science Academy, a prestigious boarding school where Arab students are rare. The naïve young man faces unexpected difficulties, both from cultural shifts and local bullies (a minority, but it doesn’t take many of them). He befriends Jonathan, a Jewish student with muscular dystrophy whose mother welcomes him into their family. And he falls in love with another classmate, Naomi, whose family is less welcoming: They have to keep their relationship a secret.

Although the events of the years covered in the film mirror deteriorating relations between the Israelis and Palestinians, A Borrowed Identity steers clear of overt dramatics of a political bent. Its most heated scene comes when Eyad complains in a literature class about the depiction of Arab characters in Israeli novels: always the sexually obsessed, unwashed “others.” For the most part, Eyad’s struggle with his identity is displayed subtly, sometimes too much so for American viewers who can’t read Hebrew or pick up on other nuances that would be clear to Israeli audiences. But the film’s conclusion, surprising even if signaled by the title, packs a tragic punch. Opening Friday at the Eastern Hills Cinema.

My favorite film from last year’s Toronto International Film Festival, Infinitely Polar Bear, is finally getting a theatrical release. The title is a play on bipolar disorder, from which writer-director Maya Forbes’s father suffered. Her autobiographical film provides the role of a lifetime for Mark Ruffalo as the manic-depressive dad, the scion of a wealthy New England family who has been passively ostracized because of his difficulties. Because he can’t hold a job, the mother of his two daughters (Zoe Saldana) finds a solution: She is accepted to an MBA program that she can complete in 18 months—this at a time, the late 1970s, when that degree pretty much guaranteed you a good job. The catch is that the program is in New York City, which in the 1970s was no place to raise young daughters. So while she’s away studying, Dad is going to have to care for their children, something even he isn’t sure he can do. Forbes finds the right balance between darkness and humor in telling a difficult story, and Ruffalo gives one of the most appealing performances I’ve seen from an actor in recent years. Id’ like to think that the film was withheld because the distributor plans to pitch him for an Oscar nomination and didn’t want to compete with his nomination last year (for Foxcatcher). It opens Friday at the Amherst and Eastern Hills.

The great thing about rock and roll, the fuel of the punk rock movement of the 1970s, is its basic simplicity: Anyone can play it, given a few instruments and a little patience. England wasn’t the only country where the sound was heard, loved, and copied. Kids all over the world picked up guitars and formed bands.

In Cambodia, homegrown rock and roll in all its varieties was especially popular in the early days of that country’s independence from French colonial rule. The exhaustive and exhilarating documentary Don’t Think I’ve Forgotten: Cambodia’s Lost Rock and Roll charts the music of that era, adapting all kinds of styles—both musical and sartorial—and fertilizing them with native flavors.

Of course, what makes all of this poignant, and the reason that you’ve never heard of any of these musicians, is the events of the 1970s. In the process of a “cleansing” that eventually killed as many as two million Cambodians, the Khmer Rouge began with artists and intellectuals. The particular fates of most of the performers chronicled here is unknown: They died. But they lived on in the memories of those who survived, and that their music can be heard and their performances seen is to the credit of filmmaker John Pirozzi, who worked hard to dig up their traces. Don’t Think I’ve Forgotten will be screened on Tuesday at Sugar City, 1239 Niagara St.