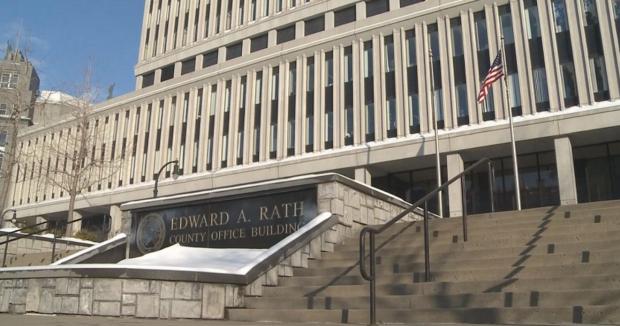 The Buffalo News’ headline announces that there have been ten heroin overdoses in just 24 hours. People throughout WNY are dying after taking a deadly mixture of heroin and fentanyl. Erie County Health Commissioner Gale Burstein calls it a “public health crisis”. It’s not limited to any one neighborhood or town — it’s regional. We are apparently on track for overdoses to double those of 2014.

In 2007, the Erie County Legislature received $1.4 million from Albany to fund a program “targeting drug abuse among young people.” Then-County Executive Joel Giambra supported the program, and the control board was on board with the county’s participation.

In 2008, new County Executive Chris Collins abruptly pulled the county out of the program before it had even had a chance to begin. Why?

Collins’ deputy, Mark Davis, who has been reviewing a long list of county contracts, deemed it not in the best interest of county taxpayers, aides said.

…Collins administration officials reasoned that county caseworkers already focus on drug abuse, as do numerous not-for-profit organizations. The county also was expected to provide an office and computer equipment for what was going to become a new unit, so the program was not totally free to Erie County taxpayers.

Further, Collins and Davis did not want the 20 new unionized employees, to be represented by Local 815, Civil Service Employees Association, to become the county’s responsibility if the grant money dried up after the first three years, the aides said.

The County under Chris Collins pulled out of a specialized program to tackle drug abuse because “the taxpayer”.

“Under the grant, New York State dictated how the program would run,” said Collins spokesman Grant Loomis, “and the administration does not feel those terms make for an efficient program.”

Loomis said the county is asking the state and its Office of Alcoholism and Substance Abuse Services whether Erie can use the money to hire private or nonprofit agencies that target drug abuse.

So, a program that was funded by Albany and approved by a prior administration, the county legislature, and the control board were just set aside unilaterally by Chris Collins. To be fair, Collins had an alternative proposal — that the county would spend the $1.4 million to hire more counselors at ECMC, but that’s not the same.

“I’m really not happy about this,” said Legislator Robert B. Reynolds, D-Hamburg, one of the lawmakers who want to know how Collins can abandon a program, especially one that helps young people, after the Legislature and the control board had approved.

Since Erie is New York’s largest upstate county, with a large number of child-protective cases, it was to be an “evaluation county” whose experience with the program would determine whether it should continue.

At the time, people were scrambling even to find out if what Collins had done was legal. Did he have the authority to simply disregard previously voted-on and approved county actions?

“Under our authority, we review and approve or disapprove county contracts of $50,000 and above,” said Chairman Anthony J. Baynes. “Even if we approve a contract, if someone decides at a later date that they do not want to enter into the contract or to cancel that agreement, that’s not within our scope.”

Collins’ staff is drafting a letter to lawmakers explaining his reasoning. Meanwhile, Legislator Thomas J. Mazur, D-Cheektowaga, is among those who want an opinion from the Legislature’s new lawyer.

“I don’t think he can just pull the plug on a project like that,” Mazur said.

The County Legislature reacted in May 2008 with a resolution, “Opposition to the County Executive’s Termination of a 100% State-Funded Grant to Provide Substance Abuse Services for At-Risk Families”:

The matter was referred to the committee on health and human services, and the only member to vote against sending it to the full legislative body was Ed Rath. The full legislature voted on the resolution, and the minutes record: “MR. MAZUR moved to approve item Number 3. MR. REYNOLDS seconded. MR. MILLS, MR. RANZENHOFER, MR. RATH and MS. IANNELLO voted in the negative. CARRIED. (10-4).”

In hindsight, it’s shameful and anti-democratic that the County Executive was permitted to simply refuse to implement a program that the legislature and his predecessor had pushed forward and approved, with support from the control board. Government ought to help and protect its poorest and most vulnerable, and Mr. Collins — who has since been promoted to Congress — not only abdicated that role repeatedly during his tenure as County Executive, but did so by simply ignoring duly enacted laws and procedures. Having pledged to run government “like a business”, I’d be wary of any business that would act with such cavalier disregard to the dictates of its board of directors. I’d avoid any business that would refuse to participate in a cost-free program to help vulnerable customers struggling with substance abuse.