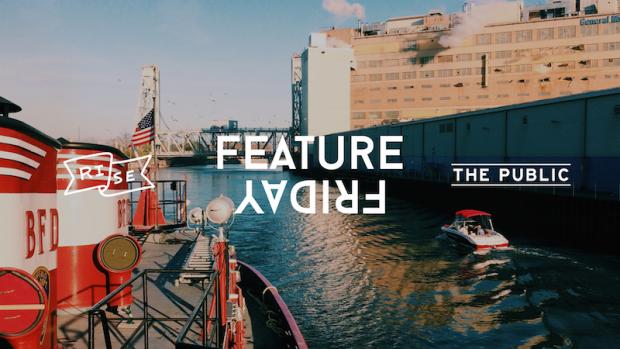 Here we see Sun Riah (from Oklahoma City) beginning her performance Sunday June 12th as a part of a show presented by Silo Sessions—a project that invites musicians to play inside the magnificent natural reverb of Marina A on the Silo City site. Check us out at silosessions.com

“This photo was taken at Beaver Meadow Observatory in Java, NY, right outside of Buffalo. Most people don’t know we have an observatory around here, and it’s actually in one of the darkest parts of the state. It’s an extremely beautiful site at night. The stars, constellations, meteors, shooting stars, the Milky Way—everything is absolutely stunning. The Milky Way formation is seen with the naked eye at Beaver Meadow. It’s truly a site to see. I’ve been photographing and filming time-lapses there for much time now. A shot like this requires a longer exposure time, 20 to 30 seconds, as anything longer will “streak” the stars and whatever else you capture in the shot. An ISO around 3200 is a good start point, I typically like to have white balance set to “Sunny” so I can get a general idea of colors on the back of the LCD. In terms of lens choice—a wide lens, 14 mm preferred, with sharp and fast aperture that can allow a lot of light in, f/2.8 preferred. These are base settings to begin with, and when you change one setting, the others need to be compensated for. This is a large trial and error process, you can’t get too frustrated! This shot was taken using a Sony Alpha 7 mirrorless full-frame body, and a 14mm Rokinon Cinema T/3.1 lens.”

Practice is something people overlook far too much. Technology, money, knowledge, it all matters. But, what matters more is a perseverance to get stuff done. If you have a goal, go for it. If your photos aren’t good, keep shooting. If life sucks, make it better. Trying, and doing something about a situation conquers sitting back and letting it ride you. Keep going everyday, for you, and only you. @johnhicks #milkywaygalaxy #astrophotography #universetoday #long_exposure #longexposure #minolta #fullframe #sonyprousa #alpha7 #nex #buffalony #beavermeadowobservatory

Buffalo is changing at lightning speed. Every time I come home (which is every few weeks), downtown is different—whether a new restaurant has opened or construction’s begun on some wild new project. New York City is fine and all that, but Buffalo is at a pivotal point. It’s amazing to witness from the outside. Also, regarding the pic, there’s no big story. Adam just really wanted a selfie with celery, hot wing and blue cheese racing. He was so ridiculously into it, I had to get a picture. And celery should never win. He (he?) is the worst.

“Two years in the making, our family got together to fly over Letchworth State Park via a hot air balloon. After cresting the roar of the waterfall ourselves, this photo captures another balloon doing the same. We never expected the flight to be so calm and serene at that altitude. The setting sun was a bonus too!