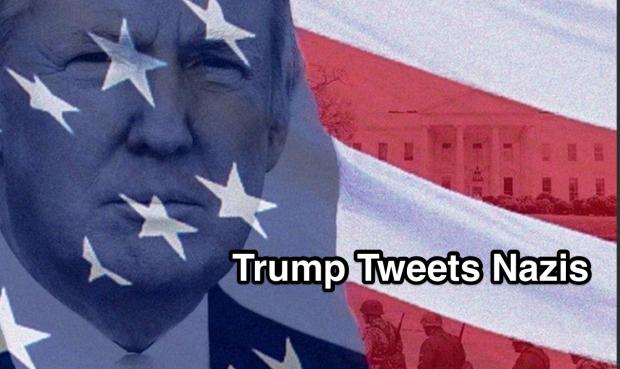 Yesterday, Donald Trump, who is of German ancestry (Drumpf), Tweeted this: It was quickly deleted after people like John Schindler pointed out that the troops shown in the red stripe are, in fact, wearing the uniform of the dreaded Nazi Waffen-SS, the war criminals who ran the death camps.

The ad would also work this way, Don’t let’s forget that Trump was feted by the local Republican committee, which urged him to run for Governor against Cuomo.