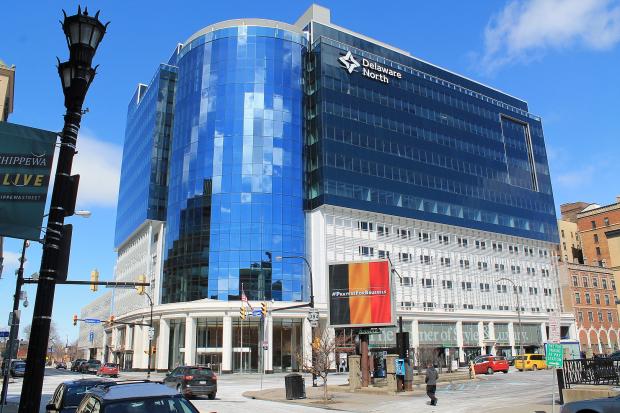 One year ago this week, PAI published a report titled “Selling Out New York’s Immigrants” that revealed major donors and allies of New York Governor Andrew Cuomo who were bringing in millions of dollars through real estate leases to Immigration and Customs Enforcement and Customs and Border Protection.

At the time we published our report last year, the United States was riven by the Trump administration’s policy of separating migrant children from their families at the southern border. Since then, at least six migrant children have died in US custody, and news reports have detailed horrifying conditions in government camps and private prisons. Journalists have also revealed a culture of racism and violence in private social media groups for border patrol personnel.

Despite the broad public outcry over the Trump administration’s immigration policies – the Muslim ban and termination of the Deferred Action for Childhood Arrival (DACA) program in 2017, the child separation policy in 2018, and now the concentration of migrants in squalid border camps exposed this year – local developers are still making millions of dollars per year from leases to the agencies responsible for carrying out the government’s anti-immigrant agenda.

Amherst-based Uniland Development, owned by Carl Montante and his family, earns the most from leases to ICE and CPB. The federal government lease – which covers ICE’s Homeland Security Investigations offices and Enforcement and Removal Operations offices, as well as its holding cell in the Delaware North building in downtown Buffalo – will yield $1,953,161 in rent for Uniland in 2019. The government lease for the Customs and Border Protection Buffalo field office in Cheektowaga near the airport will bring in $637,790 this year.

Larkin Development Group, which is owned by Empire State Development President and CEO Howard Zemsky and managed by his spouse Leslie Zemsky, leases space in the LCo Building in their Larkinville district to Customs and Border Protection at an annual rate of  $1,425,692 in 2019.

Ciminelli Real Estate Corporation, the developer and property management firm owned by former Empire State Development board member Paul Ciminelli, will earn $586,859 from its lease for the Customs and Border Protection Buffalo station in Tonawanda in 2019.

Another local developer, Acquest Development, owned by William and Michael Huntress, will earn $2,272,700 from leases to Customs and Border Protection for facilities in Pennsylvania and North Dakota. Until 2017, Acquest was the owner of the CBP Buffalo Sector Headquarters in Grand Island, which is now owned by the Cleveland-based investment firm Boyd Watterson Asset Management.

The federal government’s brutal campaign against immigrants relies on the cooperation and participation of thousands of private sector actors, from private prison corporations to technology firms to logistics companies to real estate developers. While landlords may protest that they have no influence over the way Trump’s immigration policy is set and carried out, the material support they sell to ICE and CBP is essential to the smooth operation of the bureaucratic machinery that produces dehumanization and death at the US border.

In 2017, after President Trump terminated the DACA program, Delaware North chairman and CEO Jeremy Jacobs faced protests over the ICE offices and detainment cells in the Delaware North corporate headquarters building and the Jacobs family’s donations to President Trump’s campaign committees. Jacobs professed that he had no influence over who Uniland leased space to, despite the fact that Delaware North occupies 70% of the space in the building. Moreover, the building was commissioned by and built specifically for Delaware North, giving Jacobs considerable leverage to influence leasing decisions.

At the time, Jacobs issued a statement saying “I am fortunate that our borders were open to dreamers, like my grandparents, whose lives were spared the horrors of the Holocaust.” These words have an especially chilling ring in 2019, as overcrowding, disease, and filthy facilities at U.S. camps imprisoning migrants and asylum-seekers draw comparisons to Nazi concentration camps from members of Congress as well as historians and Holocaust survivors.

Last year, when we revealed that Howard and Leslie Zemsky’s Larkin Development Group was leasing space to Customs and Border Protection at a rate of more than $1.4 million per year, Leslie Zemsky told Real Estate Weekly: “We are proud to have customs and border patrol as our tenant.”

Since then, ProPublica exposed the existence of  a secret Facebook group of nearly 10,000 current and former CBP officials where members shared racist content condoning and celebrating violence against migrants. Shortly thereafter, CNN revealed a second group where CBP officials shared similar content. These disclosures brought additional scrutiny to the pervasive institutional culture of racism at CBP and prompted an internal investigation.

As outrage spreads over the U.S. government’s treatment of migrants, private sector actors facilitating and profiting from border cruelty are facing increasing scrutiny. Major banks have been pressured into withdrawing financing from private prison firms profiting from detainment. Technology sector workers at Google and Amazon are demanding that their employers cease contracting with ICE and CBP.

The real estate developers – in Buffalo and throughout the U.S. – servicing the agencies brutalizing immigrants must decide whether the millions of dollars they bring in through rent payments outweighs the moral price of complicity in the Trump administration’s atrocious policies.