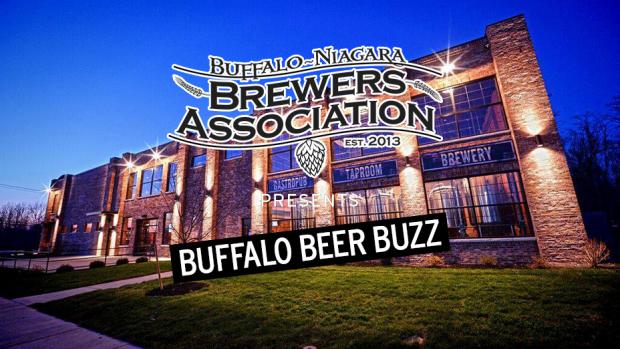 New York Beer Project are looking to the past to fill their present tap lines with the release of Walter Kohlsch, named for Lockport Legend Walter Kohl, owner of the motorcycle repair shop that once occupied NYBP’s current space. The new beer is described as having a “slightly assertive hop bite and a vinous (grape-y) and dry flavor.” ”My father was not a big beer drinker, but he would drink beer socially. I do know that he would have been very proud of what they’ve done with the property, though,” Walter’s daughter Martha Howe says of NYBP. Walter Kohlsch is available now.

Southern Tier Brewing Company is joining the ranks of Ballast Point, Rogue and Dogfish Head by expanding operations to the world of craft spirits. Things will be kept mostly local as 90 percent of grains used in production come from New York State. In addition to rum, Southern Tier will offer a vodka and both a citrus and a London dry gin. They’re also making a bourbon, smoked bourbon, rye whiskey, and a 2xIPA whiskey. Barrels used to ferment spirits will also be sent over to the brewery for use in new types of beers. The target is early July for distribution around Western New York along with the opening of a tasting room in Lakewood.

Pearl Street Grill & Brewery’s Green Tea Beer has made it triumphant return. Brewed with Tazo and Zen Green tea with lemongrass and mint, the new brew falls somewhere in-between a shandy, iced tea and a summer ale. “The subtle tea flavors mixed with a light beer make the most refreshing summer drink I’ve ever had,” Pearl Street’s head brewer Chris Herr quips. “The low ABV (4.9%) means you can drink a couple of them on a hot summer day and feel quenched. I’ve been breweing this beer for 10 years (two at PSG) and it has been a hit every single time.” Grab yourself a pint today.

This year’s Erie County Fair beer is in the tanks at Flying Bison. The 2016 edition comes courtesy of accomplished local ‎homebrewer Mark Zambron and his recipe for Hefe-Rye-Zen, brewed with German pilsner and New York Craft Malt’s two-row and rye. Flying Bison also brought in a hefeweizen yeast to keep with the original recipe. “[Flying Bison brewer] Colin and Mark had a great time bringing Mark’s beer to commercial scale,” Tim Herzog says. “We’re all looking forward to tasting the results.” Look for this new beer on tap at FBBC soon as well at this year’s Erie County Fair, August 10-21.