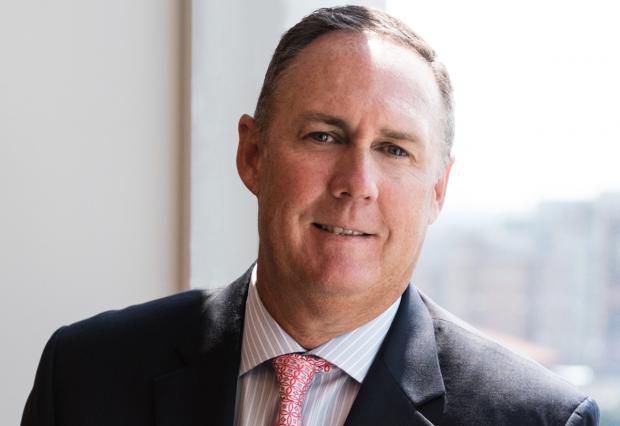 FERC commissioner Robert F. Powelson is becoming the head of the lobbying group for private water corporations. It’s yet another example of FERC’s revolving door.
by
Derek Seidman
/ Jul. 5, 2018 10am EST

Robert F. Powelson is one of five commissioners who sit on the Federal Energy Regulatory Commission, or FERC. He was nominated by Donald Trump to FERC in May 2017 and confirmed to FERC in August 2017. Prior to this, Powelson was a member of the Pennsylvania Public Utility Commission since 2008, and was its chair from 2011 to 2015.

In late June, Powelson announced his resignation from FERC to become President and CEO of the National Association of Water Companies (NAWV), a national lobbying organization for private water companies. Its members include powerful water corporations like American Water, Suez, and Aqua.

Powelson’s move is yet another disturbing example of the revolving door between regulatory institutions and the corporations they oversee. Private water companies are closely tied to the fracking industry, helping to dispose and recycle the wastewater that fracking generates. Powelson will now be able to work the connections he made for ten years as a state and federal regulator in order to benefit the corporate members of NAWV he will now represent.

NAWC is a major lobbying force in DC for the interests of private water companies. Since 2015, NAWC has spent a whopping $2,945,500 lobbying the federal government.

Powelson’s move also reflects a constant theme throughout his career: his affinity for and closeness to the private industries that he has been tasked to regulate. He has a history of supporting the fracking industry and backing controversial projects like the Mariner East pipeline. While speaking at a gas industry conference, he denounced pipeline protesters as engaged in “jihad.” While serving PUC chair, he accepted two tickets to a Philadelphia Eagles game. In 2014, Powelson also stirred controversy over potential conflicts of interests from his membership in an energy industry group focused on expanding the fossil fuel industry (he was forced to resign from the group).

The corporate water lobby’s decision to recruit Powelson may also indicate that they’re looking to get more aggressive in lobbying for water privatization and the further expansion of fracking.

It’s unknown how much Powelson will earn as the head of NAWC, but the current CEO earned $304,451 in total compensation from NAWC and related organizations in 2016. That is not a huge sum, but given Powelson’s stature and connections, it’s likely he’ll earn significantly more at the head of NAWC. It also would not be surprising if Powelson at some point takes some well-compensated corporate board of director positions.

Here are some posts we published over the past few years that examine Powelson, the Pennsylvania Public Utilities Commission, and FERC’s revolving door:

Derek Seidman is a research analyst at the Public Accountability Initiative. LittleSis, a PAI project, is a free database detailing the connections between powerful people and organizations.