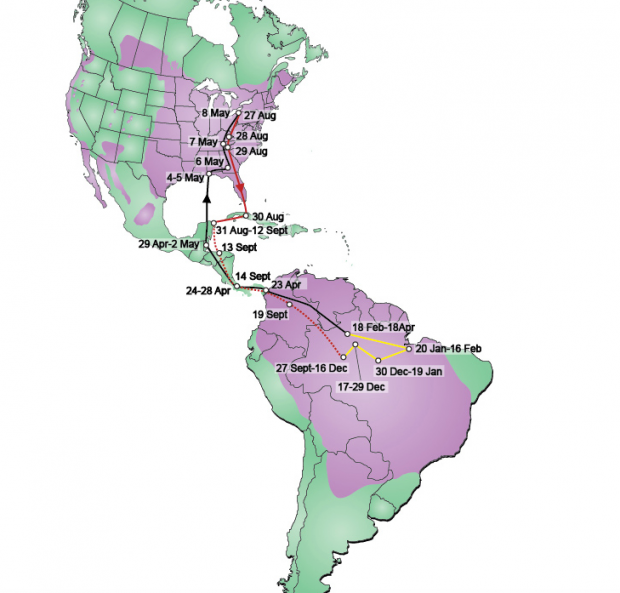 The Gerry Bucheit/Queen City Landing LLC business organization that is behind the proposal to build a 23-story glass residential tower on the Buffalo NY Outer Harbor is back in the news again. The company has been assessed a $50,000 penalty by the State of New York as a result of the demolition of the former Freezer Queen building that was located on the site.  Despite detailed community concerns and objections, the city of Buffalo granted a demolition permit for the building.

During the demolition process last November, a partial collapse of the building resulted in contaminated debris falling into Lake Erie. The collapse occured at the edge of the water channel entrance to the Safe Harbor Marina at Buffalo Harbor State Park.  Among other things, this water area adjacent to the shoreline is an important Muskelunge breeding area.

Late last week we learned of the penalties when it was revealed that the New York State Department of Environmental Conservation (NYS-DEC) issued the Consent Order on May 3, 2017 that ordered the penalities. The Consent Order, signed by Queen City Landing Attorney Craig Slater, and Regioal DEC Director Abbey M. Snyder, was only brought to public attention after Buffalo Niagara Riverkeeper submitted a Freedom of Information Request to the NYSDEC and published the Consent Order that was revealed as a result of the states release of requested information.  It is not known at this time why the public was not notified of this consent order in a more timely and transparent manner.  Thank-you Buffalo Niagara Riverkeeper for being so diligent on this issue.

The Consent Order reveals that the material that collapsed into the lake contained high levels of lead, and that Queen City Landing LLC did not respond to State ordered evaluation and clean-up requirements in a timely way.

You may remember that concerned citizens and Buffalo Niagara Riverkeeper challenged the initial environmental reviews of the project as it went through various approval stages involving both zoning and the New York State Environmental Quality Review Act (SEQRA) processes.  The challenges to the project lead to a series of lawsuits.  Four citizens and Buffalo Niagara Riverkeeper have engaged litigation against Queen City Landing LLC, and the city of Buffalo. The development company, Queen City Landing LLC, and the city -which granted permission for the project, are responsible for the project and on what the citizen petitioners have continuously characterized as inadquate SEQRA review.    Litigation is ongoing.

It comes as no suprise to many concerned citizens and large sections of the local business community that the Consent Order found Queen City Landing LLC in violation of a number of environmental protection laws. The building project and site has been debated by various factions for several years.

Concerned citizens have long claimed that troubling and costly issues and consequences involving safety, environmental contamination, and the ongoing expense of litigation could have been avoided if QCL and the City did a more thorough environmental review. Instead, the rush to promote development of the site,  and the rush by the city to de-regulate environmental protections continues to put us all at risk. The anti-environmental and blindly pro-development theme reaches deep into our local political landscape. This is not just about destructive federal policy. It is about local protections and strategies, and more importantly local and state-wide leadership.

Late Friday, Attorney Art Giacalone, who represents the four individuals in ongoing actions against Queen City Landing LLC and the city of Buffalo issued a response to the revealed Consent Order.  It is printed below in full at the end of todays GreenWatch.

SPEAKING OF THE OUTER HARBOR

Buffalo’s Outer Harbor includes water and shoreline, and upland grasslands, sand barrrens, marshes and emergent forests. Its fisheries are first class offering breeding opportunities for fish such as Muskullenge and Lake Sturgeon. It is uniquely located at the nexus of the Niagara River, The Buffalo River, and Lake Erie we have a lot of birds. This area is the western gateway to the Niagara River Corridor Globally Significant Important Bird Area.

There are many species of breeding birds that use Buffalo’s Outer Harbor as a part of thier breeding habitat. This week you may have noticed that many baby birds are fledging, or leaving their nests. Just a few short weeks ago most of these bird species were socializing, nest building, and laying eggs. Now the new generations have been born.

There are many bird species on Buffalo’s Outer Harbor that are now in the business of raising children. One species, the Common Tern can be seen from Times Beach to the Steel Winds turbines, hunting for food, teaching the young how to fly and hunt. Despite its name, the Common Tern is not so common.  It is a vanishing species and is listed as “Threatened” in New York State. It continues to decline in the Great Lakes. The Breakwall in Buffalo’s Outer Harbor is one of the few remaining breeding colonies in the region.

The Outer Harbor is also alive now with baby swallows. We have several species of swallows including Cliff, Barn, Tree, Northern rough-winged, and Purple Martins, and Chimney Swifts.

Swallows are remarkable birds. They hunt in the air or by skimming water surfaces for insects and other food. They are acrobatic, graceful, powerful, brilliant, and beautiful species to behold.  This past week, watching the hundreds of swallow families, babies, and parents and partners feeding the young, teaching them to fly and hunt, teaching the young the basic elements of survival has been awe-inspiring and energized.

Many of these species of swallows and many of the other birds that migrate through our area including the warblers, travel tremendous distances. We know that the warblers winter in Central America and for the most part breed north of us. Many of the swallows that breed here, those babies that are born here, winter in the east of South America -some all the way to Tierra Del Fuego. The Purple Martins and the Barn Swallows  winter in the Amazon Basin.  We have been able to trace individual Purple Martins from nearby locations such as Presque Isle, Pennsylvania, just down the Lake Erie coast from Buffalo, to small winter roosts in various parts of the Amazon.  Individual birds make the same trip from nesting areas in our region, to the same small winter roosts each year and back again. These birds that we are gifted with are an essental part of the biodiveristy of the Amazon. The Amazon is often refered to as “the lungs of planet Earth” because of its globally significant ecosystems that help to stabilize our planetary atmosphere. Our stewardship of the Buffalo Outer Harbor nest sites and new baby birds, and those areas throughout the Niagara River Globally Signifincant Important Bird Area are very influential, globally speaking. Birds born here travel between hemispheres. Global biodiversity has deep roots here.

Local bird advocates are relieved that breeding and migrating species of birds have been given another migration and breeding season without the QCL building to possibly cause them harm.  As one of those advocates I think that it is well within reason to think that the delay in building the potential bird killing building through the spring and early summer months may have saved hundreds if not thousands of lives.  Bird and Building Collisions are real. We have lots left to do to conserve these valuable and essential habitats and species that support them. We need to do comprehensive environmental studies and review if we have any hope of protecting the environment for future generations.

Art Giacalone No Sympathy for the Devel (oper)! But Concern for Buffalo’s Outer Harbor

From June 3, 2017, this short video shows us some birds on the Outer Harbor just beginning the breeding season.  Here we can see Barn Swallows gathing nesting materials and newly born ducks at the downtown nature preserve.

We alleged in the Verified Petition in the Article 78 proceeding now pending before Justice Nugent-Panepinot that respondent Queen City Landing, LLC, failed to provide, and respondent City of Buffalo Planning Board failed to demand, information or data regarding the demolition debris at the former Freezer Queen site.  More specifically, in pertinent part, paragraph “30” states:

30.  Contrary to the purposes expressed at Sections 421-2 and 421-7 of the City of Buffalo City Code, respondent Planning Board has acted in an arbitrary and capricious manner by relying upon inadequate, incomplete, outdated, and/or misleading information submitted on behalf of the subdivider, respondent Queen City Landing, LLC, in reaching its decision to approve respondent QCL’s preliminary subdivision plat, including, without limitation, the following:

B.  Respondent QCL failed to provide respondent Planning Board with any meaningful information or data related to the mounds of demolition debris on the western lot at the time the preliminary plat was approved, and respondent Planning Board failed to ask the subdivider to provide information to answer pertinent questions, such as:        (i) What is the composition of the material stored in piles on the western lot?  (ii) Do the piles contain any contaminated and/or toxic material?  (iii) What steps have been taken to prevent dispersion of airborne particles?  (iv) What steps have been taken to prevent any of the demolition debris from leaching into the soil beneath it and/or the adjacent waters of Lake Erie?  (v) Is QCL in compliance with the provisions found at Section 103-38(E) of the City Code regarding “Removal of debris”? (vi) When will the demolition debris be removed from the western lot?  (vi) Does use of the western lot for storage of the demolition debris comply with the permitted uses in a CM (General Commercial District) zone as set forth at City Code Section 511-40.  [Emphasis added.]

In between the September 29, 2016 sampling event and QCL’s January 17, 2017 submission to the DEC of the sampling results confirming the presence of elevated levels of lead and mercury, the following events took place:

(a) demolition of the former Freezer Queen building was commenced;

(b) the Hon. Erin M. Peradotto, Associate Justice of the Appellate Division, Fourth Department, signed a November 3, 2016 Order to Show Cause in which petitioners’ request for a Temporary Restraining Order restraining continued demolition of the Freezer Queen building was denied;

(c) demolition of the former Freezer Queen building was completed;

(d) the concrete remnants from the demolished building was crushed on-site, “potentially comingling” the lead-based paint with the construction and demolition debris; [Consent Order, § 30, 36];

(e) the December 19, 2016 public hearing at respondent Planning Board was conducted at which petitioners’ counsel raised concerns, inter alia, about the mounds of demolition debris;