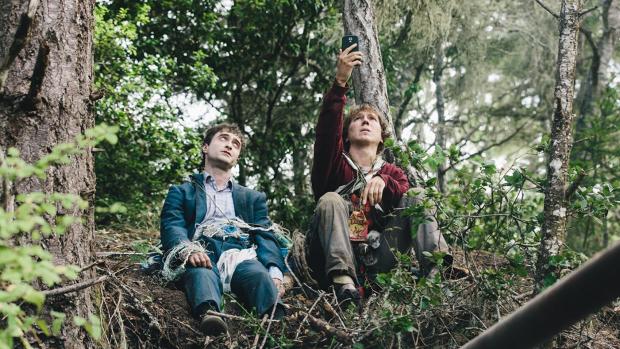 Fans of fictional espionage who demand more realism than they get from James Bond have migrated to television, where shows like Homeland use their larger canvases (in terms of time if not screen size) to accumulate the kind of detailed ambiguity that movies can’t. Viewers who renewed their acquaintance with John le Carré with the recent limited series The Night Manager will be the best audience for the new film of his 2010 novel Our Kind of Traitor.

Ewan MacGregor and Naomie Harris star as Perry and Gail, a British couple on holiday in Marrakesh. When she has to squeeze in some work time, he is swept up by some hard-partying Russians led by Dima (Stellan Skarsgård). Equally dazzled and horrified by these thugs who paw expensive prostitutes and guzzle €16,000 bottles of wine, Perry warms to Dima, who prizes his family above everything.

Dima is a high-ranking money launderer for the Russian mob. Hoping to get his family to safety in England, he gives Perry a memory stick filled with details and asks him to pass it on to MI6, the Secret Intelligence Service. Thinking he’s discharged the favor, Perry instead finds that he has involved himself and Gail in a deeper struggle run by Hector (Damian Lewis), whose capabilities to protect them and Dima are less than he leads them to think.

As always for le Carré, corruption is everywhere—he wrote the book based on news of British bankers and politicians colluding to accept dirty Russian money—and the appeal of Our Kind of Traitor is in trying to guess who is hiding the most. (Fans of Homeland and Billion will have no trouble accepting Lewis in a conflicted role, once they get past hearing his natural British accent.) Director Susana White keeps the atmosphere unsettled with unnatural lighting, odd camera angles and distorted reflections. MacGregor and Harris aren’t ideally cast as “average” folk, but Skarsgård owns the film in a performance that couldn’t be more different from his captivating work in the recent series River.

The only problem with the film is that details were clearly jettisoned to keep the running time down. Issues like Perry and Gail’s marital problems are probably no great loss, but Hector’s dodgy relation to his superiors could have been better explicated. One gets spoiled by the amount of detail you can work into a 10-hour TV show. Opening Friday at the Dipson Eastern Hills Mall Cinema and the North Park.

Filmmakers Dan Kwan and Daniel Scheinert say that their debut feature Swiss Army Man was initially conceived as a short film that would have been pointless because it lacked substance. I disagree: That short is more or less the first 10 minutes of the feature, and it seemed to me that it would have been perfectly wonderful all by itself. Which is not to say that the film in toto isn’t an accomplishment: Winner of the Directing award at this year’s Sundance Film Festival, it is undoubtedly the damnedest thing you’ll see at the movies this summer, and probably this year.

Paul Dano stars as a fellow stranded on a tiny Pacific Island. He is in the process of hanging himself when a corpse washes up on the beach. The corpse is played by Daniel Radcliffe. This is not a trivia-answer cameo, like Kevin Costner’s performance as a dead body in The Big Chill: Radcliffe is, in every way, the co-star of a film that essentially has only two actors. And no, he doesn’t turn out to be a zombie.

Should I explain? No, because in no time at all we’d be down a rabbit hole of details that would also need explanation, to little avail. It isn’t until you get to the end of Swiss Army Man that its shape becomes clear. Until then you need to go along with it, not bothering too much with details that are seemingly being ignored. The movie is cheerfully gross, surreally funny, and oddly touching. Which is to say, don’t expect it to be in theaters for very long. See it while you can at the Regal Transit.

A documentary about cellist Yo-Yo Ma’s Silk Road Project, which brings together musicians from around the world, must have sounded like a no-brainer to its funders. Surely, any reasonable person might think, all you have to do is turn the camera on these people and their stories and gold will ensue. Listening to the enthusiastically voluble Ma discuss his love for world music alone should be more than enough.

Yet despite all the fascinating material at his disposal, director Morgan Neville (20 Feet From Stardom) dropped the ball with The Music of Strangers. Perhaps it’s mostly that expectations run so high: The recordings this loosely defined ensemble have produced since 2000 are endlessly fascinating even to those who don’t much care for “serious” music. But the film has no focus, introducing us to one musician after another whose talent and journey are only minimally discussed before moving on to another. The composition and arrangement of the music gets little attention: Neville seldom thinks even to introduce the numerous instruments that are unfamiliar to us. No documentary on this subject could be wholly without merit, but The Music of Strangers is at best an introduction for audiences who will want to learn and hear much more. Opens Friday at the Dipson Amherst.