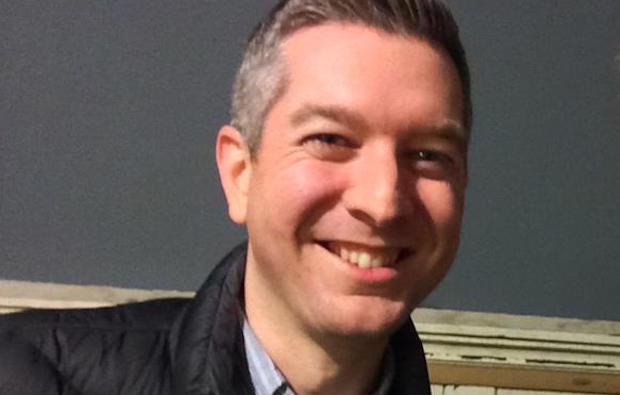 In the tumult at the Buffalo News, cultural critic Colin Dabkowski has been reassigned to the job of digital content editor.
by
The Public Staff
/ Jun. 27, 2018 10am EST

The City of Buffalo’s 2018-2019 budget: In mid-May, Comptroller Mark Schroeder released a grim assessment of the Brown administration’s 2018-2019 budget and the city’s financial health: The budget’s revenue projections included as much as $30 million in wishful thinking, Schroeder reported, including $17 million from the Seneca casino downtown, despite the Seneca Nation’s continuing dispute with New York State about revenue sharing, and there is no resolution in sight. The mayor’s office also offered rosy projections on revenue putatively to be generated by the sale of city-owned properties: As it did in its last budget, the Brown administration has projected $8 million in revenue from property sales in 2018-2019; in fact, it only generated $1 million in sales last budget year, and has only generated $4 million in the last five years combined. (The Brown administration pins some of those revenue projections on the eventual sale of the police headquarters on Franklin Street, which will fetch a good price, but it’s nowhere near ready for the market.) And the Brown administration continues to lowball overtime projections for the fire department, whose new hires only offset retirements. The shortfalls in previous budgets cycles have been plugged with unassigned fund balance, the city’s so-called “rainy day” money, which Schroeder says in danger of depletion. As a result, Schroeder reported, the city might need to borrow as much as $100 million by December. In the six weeks since the report was issued, with the new financial year about to begin, the comptroller’s office says nothing much has been done to address its concerns. Will our $1 million per year Buffalo Fiscal Stability Authority go “hard” again and demand discipline? Don’t count on it. Like the Common Council, the control board seems content to accept Brown’s assurances that all will be okay.

Why is this in the up column? Consider expenses: They’re up. Consider revenue projections: up for debate. Think of the city’s finances as a whole: up in the air.

Cheektowaga Town Councilman Brian Nowak—who jockeys with Erie County Legislator Pat Burke and perhaps a couple others for the title of Western New York’s most consistently progressive elected official—has shepherded through a resolution asking Governor Andrew Cuomo to re-commence inspections of tanker cars that carry massive volumes of oil on CSX-owned train tracks through the region. The so-called “bomb trains” are a real hazard: Last week, a tanker car derailed in Doon, Iowa, spilling 230,000 gallons of oil (and counting); five years ago, a tanker train carrying oil derailed in Lac Megantic, Quebec, causing an explosion that killed 47 people. Nowak’s resolution asks Cuomo to reinstitute random inspections of rails and tanker cars that carry oil, many of which wend their way through densely populated areas.

It’s hard to imagine baby-faced Rasmus Dahlin could step in and be the player that virtually every hockey expert expects him to be, but we’ll take their word for it. Welcome to Buffalo, Rasmus. Sabres hockey hasn’t been fun in years; we’re looking forward to the ride.

The bleeding just won’t stop at the Buffalo News, and we’re beginning to think it might not stop until there’s no blood left. Rather than build on what the paper does well, the newspaper’s management seems only concerned with the bottom line—and, in fact, primarily with the expense side of the ledger. The latest casualty is the arts and culture beat, personified by Colin Dabkowski for 12 years. A skilled reporter and columnist when the News still allowed him a column—which was yanked two years ago, at least in part because he was outspoken in questioning management decisions—Dabkowski is clearly one of the paper’s best reporters, someone who gave Western New York some of its most instructive and honest insights into the region’s cultural assets and performances. On any given night in Buffalo, you can see thousands of people out at a major cultural venue, or a tiny crowd of 10 at a storefront gallery, and Dabkowski trafficked in and gave respect to both sides of the same world. As part of the shakeup at the News, Dabkowski has been reassigned as digital content editor; we’d be surprised if he is happy to stay in that position very long. Replacing him, if News management has a plan to do so, will be difficult.

A team of students from the UB School of Pharmacy and Buffalo Academy of the Sacred Heart won a national health innovation competition by creating an online resource called OpiEducate. Why’s this a down? Because the UB School of Pharmacy is housed in a building that still bears the name of John Kapoor, the school’s graduate and pharmaceutical billionaire who was arrested last year on charges that he had been bribing doctors to prescribe his company’s fentanyl. Great job, students, well done; UB, you might want to reconsider that building’s name…