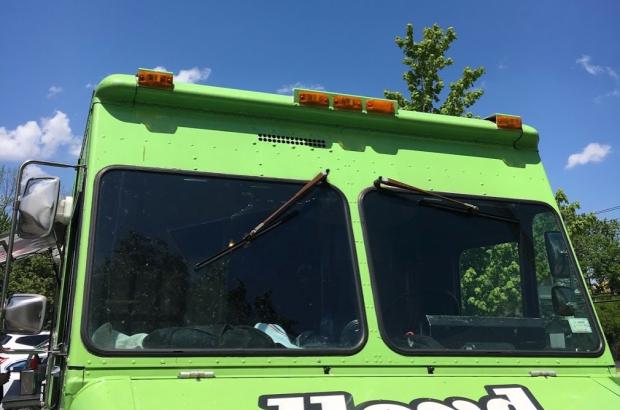 In 2012, the battle over the legalization of food trucks in the City of Buffalo was joined, and an uproar from average citizens helped prompt the city’s leaders to codify reasonable regulations that protected the rights of truck owners and brick & mortar restaurateurs alike. It came down to a fair fee and inspection protocol, and reasonable time, place, and manner restrictions on truck operations.

The trucks are now engaged in a similar battle in the Village of Williamsville, and the proposed ordinance there is outrageous in its inequity. The proposed local law, which was the subject of a June 13th public hearing, would dramatically change what already exists within the town of Amherst, in which most of Williamsville is situated. While Village representatives suggest that their proposal is, “the same as the Town of Amherst, but without the proximity restrictions,” its licensing and fee requirements are more onerous, and the location where a truck can operate is left to the sole discretion of the village’s mayor. The Village proposal differs vastly from the Town’s ordinance in several respects — in particular regarding the licensing process, the annual fees charged by the municipality, and the apparent sole discretion of the Mayor of Williamsville in determining who, when and — presumably — where food trucks may operate within the Village.

Amherst charges an initial fee of $400 for the first truck, and $200 for every additional truck, and renewal is $200 per year. Originally, the town wanted to charge $500, and the food trucks objected; after all, the fifty largest metros in the country charge around $50 to $250 per business (not per truck). The license fee should technically cover a municipality’s cost of operating its licensing and inspection scheme — not a new revenue source.

Williamsville, however, proposes an annual registration fee of $200 per truck (not per business), plus a $50 “fire prevention permit fee per event on private property”. At the Village’s public hearing, Ms. Rebecca Donahue of SS. Peter & Paul Church noted that a food truck operating weekly on their private property over the summer would pay upwards of $650 of weekly fees — in addition to the annual fee of $200 — for a gross Village fee of at least $850 for only three months of operation—not including the additional $200-$400 annual Town of Amherst fee.

Yet food trucks undergo—and must pass—fire inspections, so this $50 per private event fee is redundant and unjustified. It serves simply to deter trucks from operating on private property, and is a naked money-grab. As it happens, the trucks that serve tacos and burgers on Church property kick back 10% of their gross receipts to the church. The Village’s outrageous fee scheme would harm this—and other—charitable organizations.

But that’s not all. Williamsville is also proposing that trucks pay a “Mayor’s Permit Fee as determined from time to time by the Village Board of Trustees.” Food truck require and deserve some predictability of costs, and this merely acts as a threat of additional, arbitrary fees and taxes to be imposed on these businesses. There is no rational basis for such a provision in any statute.

Amherst and Buffalo—indeed, most food truck laws—require that payment of the fees and passage of inspections entitles an operator to a license to operate, issued by the town clerk. Williamsville, however, would empower its mayor to issue the license at his sole discretion. Furthermore, the village permit would require the applicant to specify where it intended to operate, a silly requirement for a mobile vendor. In every other jurisdiction, licensed and inspected food trucks may operate wherever they can obtain a legal parking spot, within the bounds of DMV regulations and any codified local time and proximity restrictions.

Williamsville’s proposal is vague and subject to arbitrary application, and certain Williamsville businesses opposing food trucks argue that these mobile vendors be prohibited from working on public streets, or be permitted only in certain designated spots, or in rear parking lots. This isn’t based on any rational health and safety argument, but merely an attempt by brick and mortar restaurants to punish and restrict food truck operations.

It was argued that Main Street in Williamsville is too congested to allow for food trucks to operate, yet food trucks have operated for years on Main, Allen, Hertel, and Elmwood in Buffalo, and on far more congested streets in bigger cities throughout the country. These arguments are false on their face. The Buffalo experience is instructive here—the city has reduced the initial and renewal fees for trucks, and the food truck scene has a dynamism that a Williamsville should seek to emulate.

The Williamsville Board of Trustees’ sole function is to pass legislation that protects the health and safety of its constituents without unduly regulating or favoring one form of business over another.  The Williamsville Business Association is publicly lobbying to ban food truck operations on Main Street as well as on all other public streets in the village. The village wants trucks to undergo a separate inspection and purchase a separate fire inspection permit, but all of them are registered with the state, most with the DOT, they must meet all applicable safety regulations, and undergo extant health, safety, and fire inspections in contiguous, surrounding, and overlapping jurisdictions. Williamsville should either honor those identical certificates, or include the cost of any duplicate inspections within the permitting cost, rather than adding a separate fee. Furthermore, the village doesn’t specify who will enforce its code, or what the penalties for non-compliance might be.

Regulating food trucks isn’t a new thing anymore, and Williamsville doesn’t have any need to re-write the script. If it feels the need to duplicate the towns within which it is situated, then it should simply do so, and rather than institute punitive regulations, it should do the minimum required to ensure residents’ health and safety.