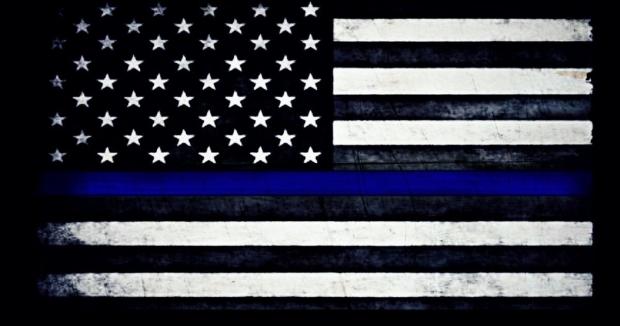 The Confederate battle flag is now pretty universally recognized as a racist symbol. For years, racists preferred this more ambiguous Confederate symbol to more clearly racist signs such as Nazi swastikas, because it offered arguable deniability for those moments when racists felt more cowardly than racist. Their argument always went “It’s about Southern heritage,” not racism.

The “This ain’t racist” argument always rang pretty hollow among Yankee racists who pretty much only embraced one shameful aspect of Southern heritage, having never enjoyed a boiled peanut or a fried green tomato. And it didn’t fly for Southerners as well, most of whom are either people of color, or whose ancestors immigrated to the South well after the war to preserve slavery had met its end. They generally want to put their region’s racist history into the rearview mirror.

With the final outing of the Stars and Bars as a racist symbol, bona fide racists were left with a tough decision. Either fully come out of the closet as white supremacists and continue to fly the Confederate battle flag despite its now near-universal recognition as a racist symbol, or find some other more vague symbol that your in-group peeps would recognize but which would still offer plausible deniability when called out for its racism.

For many of these folks, the Confederate flags went down, and the American flag remix, stripped of its color save for a blue stripe, went up. You’ll notice them attached to the same flag poles mounted on the backs of the same pickup trucks driven by the same trolls. Like high school potheads giggling about “420,” the rest of us either aren’t supposed to know what this means—or, perhaps, we are supposed to know exactly what it means and be upset or frightened by it.

The plausible deniability this time around is based on an argument that this flag is benign, like a Police Athletic League or Fraternal Order of Police sticker on a drunk driver’s car. There’s a history of “Thin Blue Line” flags, usually on a black background, and sometimes with a thin blue line, representing affection for or deference to law enforcement. The idea was that it symbolized police officers as a thin line between order and chaos. Cops also used it to recognize each other, and maybe alert an officer at a traffic stop that the armed person in the car they just stopped is a fellow officer and not a threat. It’s also been used as a memorial symbol to commemorate officers who died in the line of duty. These flags, which never reached the popularity of the racist flag in question, have been around since the 1960s.

The American flag remix version first appeared in 2016 during the rise of Trumpism, the mainstreaming of racism, and the backlash against the Obama-era civil rights movements—most notably the Black Lives Matter movement. It also conveniently corresponded with the fall of the Confederate battle flag as a culturally acceptable symbol for suburban lawns. Now it’s rather ubiquitous among out and quasi-out racists and the racism-curious crowd who fly it like a trial balloon, trolling for reactions.

There are dozens of other symbols with much longer pedigrees that unambiguously represent support for the police. What makes the black and white and blue American flag remix stand alone among them is its growing use as a symbol not of support for police and law but for racism and white supremacy. It’s now predictably a star at white supremacist rallies and riots, the most notable being in Charlottesville, where it has come to symbolize chaos much more than the rule of law—taking particular aim at civil rights laws.

This new flag first came into being with the rise of the self-termed Blue Lives Matter movement, evolving to become the formal symbol for that group, rather than for generic support for police officers or law and order. Blue Lives Matter, like White Lives Matter and All Lives Matter, rose as a reaction to Black Lives Matter, promoting the falsehood that the civil rights movement is actually an anti-police hate group.

This accusation rings hollow since the non-violent Black Lives Matter movement centers its identity on upholding the rule of law and extending it to protect all citizens, including black people. The Black Lives Matter movement, which includes police officers and lawmakers, arose to call attention to the extrajudicial criminal killings of black people at the hands of some police officers.

The Black Lives Matter movement documented that legally speaking, in the United States, black lives do not matter as much as most other lives, with black folks regularly criminally gunned down or beaten to death, sometimes by police officers, with no judicial repercussions—constituting a failure of law and order. Technically this places Black Lives Matter and conscientious and heroic police officers on the same side, that being pro law enforcement—true, fair, non-racist law enforcement. This is why police officers, particularly police of color, are part of the movement. It is not an anti-police movement. It is an anti-criminal movement. Unfortunately, some criminals are cops. Most professions have their bad apples.

So, if so-called “Blue Lives” already matter and have special legal protections, and black lives, not so much, what is this Blue Lives Matter movement really about? And what does this flag really represent? And how is this different than the now shamed racist resistance to all previous chapters of the civil rights movement—including those where now-celebrated activists blocked traffic, lunch counters, and bus operations, and proved otherwise inconvenient to a society that preferred to ignore social injustice? Try asking this question to someone bearing this racist flag. So far, I haven’t met anyone but racists displaying the emblem. Why would they?