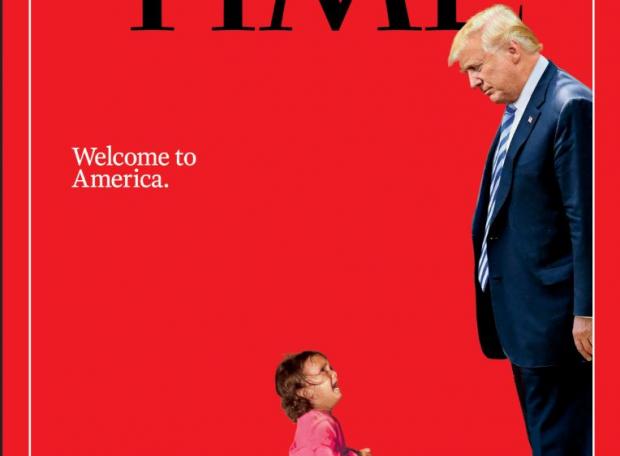 Have you ever known anyone who practices the following routine: They start a fire in a building, run out of the building screaming, “There is a fire over there,” then take credit when they put the fire out? This is the method of propaganda that Trumpism uses on almost every issue of substance. Most recently, the cause is “stopping illegal immigration.” Trump and his crowd have decided to make the “border secure” by separating children from their parents and placing them in detention centers. While particularly cruel in its method, it is just another example of the propaganda of the Trump administration. This action has been taken for at least two reasons. First, the Mueller probe is getting closer to Trump as an individual. Second, Trump really is a politician of the most reactionary character.

The essence of Trumpian demagoguery is divide and conquer. Trump is the embodiment of Uncle Pennybag, the little monocled Monopoly game character. Born with a silver spoon in his mouth, a spoiled rich kid playboy and a phony businessman, Trump has become the chief spokesman of a degenerate and moribund class of people. Much like our own Chris Collins, he encourages an insider’s use of power to make lots of money off the backs of those who really work for a living. Never before in recent American history has such an open representative of the worst aspects of this economy been so entrenched in power.

Trump began his presidential campaign and has made his name in the use of bigoted language and the implementation of racist initiatives. He descended the Trump Tower escalator three years ago with his famous “criminals and rapists” speech, and he has continued with the Muslim ban, the “good people on both sides” Charlottesville remarks. Now he is separating people from ”s-hole nations” (his own words), in a uniquely Trumpian spin on a “final solution” to the immigrant question.

The only answer to this program is the one of struggle. The working people have no objective interests in supporting Trump. The only outcome of support for this program is to exacerbate artificial divisions among us. Those seeking a better life in the United States are not the enemy of the American working class. In fact, they come from economies that have been super exploited by companies that have their headquarters in the US. The deindustrialization of the American economy has hurt the working people of both Central America and the United States. The living standards of both regions have been worsened by the exportation of union jobs in the US to Mexico and Central America. NAFTA did not alleviate this problem, it expanded it.

We must have a clear head and a sharp eye because Trumpism is the ideology of reality TV, with the following exception. Trumpism in power is the path to ruin for tens of millions of people all over the world.