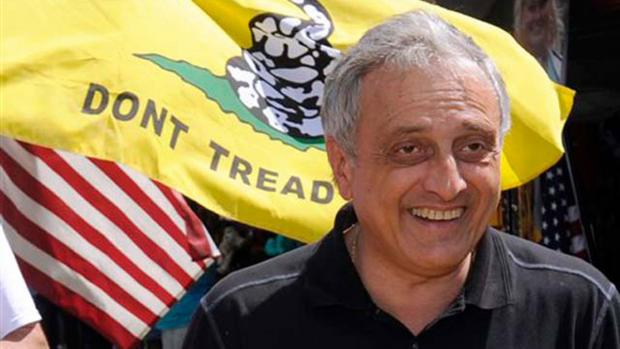 Note: This is the third in a multi-part report examining Paladino’s history of racism, sexism, and homophobia—and the powerful network that protects his influence and shields him from accountability. Parts I and II are available online at The Public’s and PAI’s websites.

Despite his animus towards what he inaccurately characterized as the state “subsidizing Asians” and other “non-Americans” going to school at the University at Buffalo, developer and school board member Carl Paladino himself accepts substantial public subsidies to run and expand his real estate business, which he estimates is worth $500 million.

This heavy reliance on tax dollars emerges as a clear theme in a review of the business relationships behind Paladino’s fortune.

Paladino is the founder, chairman, and former CEO of Ellicott Development, the largest private landlord in the City of Buffalo. In addition to the historic Ellicott Square Building on Buffalo’s Main Street, Ellicott Development and its myriad subsidiaries manage “over 2 million square feet of office, retail, and residential space,” according to the company’s website.

Much of this space is leased to government tenants, and Paladino’s company has also received considerable subsidies and development incentives over the years. In 2010, the Buffalo News reported that Paladino collected $10.1 million in rent from local, state, and federal tenants in 2010 and had received $12 million in tax breaks between 2003 and 2010. Since 2010, PAI found that Paladino has received more than $1.8 million in tax breaks from the Erie County Industrial Development Agency (ECIDA).

This strong dependence on government largesse is especially remarkable in light of Paladino’s substantial political contributions, detailed in part II of this report, to local government officials who oversee these subsidies and leases.

Landlord to government
Paladino’s taxpayer revenue streams first came into wide discussion during his 2010 run for governor. That year, the Buffalo News reported that Paladino would collect $10.1 million in rent from federal, state, and local government agencies that leased space from him. Among Paladino’s government tenants are the Buffalo branch of the FBI, the New York State Department of Public Service, the New York State Department of Transportation, the Erie County Water Authority, the Erie County Fiscal Stability Authority, and the Erie County Department of Social Services. The US Census Bureau rented from Paladino, too, while performing its 2010 surveys.

The Buffalo News found that in 2010, the FBI paid Paladino $1.5 million to rent its office on Elmwood Avenue behind City Hall.

The Buffalo News also reported that 14 government tenants, 12 of which were affiliated with the state government, leased space in the Ellicott Square Building, generating another $1.5 million in rent for Paladino in 2010. The two local government tenants in the Ellicott Square Building are the Erie County Water Authority and the Erie County Fiscal Stability Authority, the control board established by the state to manage the county’s finances in 2005.

Further, according to a Buffalo News report from 2014, Paladino brings in more than $195,000 per month in lease payments from six Buffalo charter schools in which Ellicott Development is the sole or partial investor. These schools, though privately operated by nonprofit corporations, received public funding.

Millions in tax breaks
According to PAI’s review of recent Erie County Industrial Development Agency awards and a Buffalo News analysis from 2010, Paladino has received at least $13.8 million in tax incentives for his various real estate projects since 2003. Public subsidies have gone toward building charter schools that funnel local education dollars to Paladino’s bank account as well as low-wage dollar stores.

Investigative Post’s Jim Heaney, then with the Buffalo News, reported in 2010 that Carl Paladino had received tax breaks totaling at least $12 million for 20 of his properties since 2003. These incentives came largely through the state’s Empire Zone program, which was “initially designed to promote investment and job creation in economically distressed areas” according to Heaney’s article. The $12 million also included inducements for six projects from the Erie County Industrial Development Agency (ECIDA), including $324,000 in tax breaks to develop Tapestry Charter School in North Buffalo and $300,000 to build a Family Dollar store on Niagara Street.

Since 2010, ECIDA has awarded six additional incentive packages to Paladino worth $1.8 million in tax breaks. The richest of these is the $834,000 in tax abatements awarded in May 2013 for the adaptive reuse of the long-vacant Fairmont Creamery building downtown.

Other incentive packages include $339,000 to develop a Busti Avenue warehouse into commercial and residential space, $212,900 to rehabilitate the Graystone Building on Johnson Park, and $65,800 to develop apartments and offices on Elm Street downtown.

It is important to note that $1.8 million since 2010 is a conservative estimate, only taking into account tax breaks Paladino has received through the ECIDA since 2010. Incentives and subsidies awarded through other programs could put that number much higher.

The government may not be subsidizing foreign students to attend the University at Buffalo, but it is more than happy to subsidize Carl Paladino and his $500 million real estate business.

An expanded version of this report, part III in a series, is available at the Public Accountability Initiative.