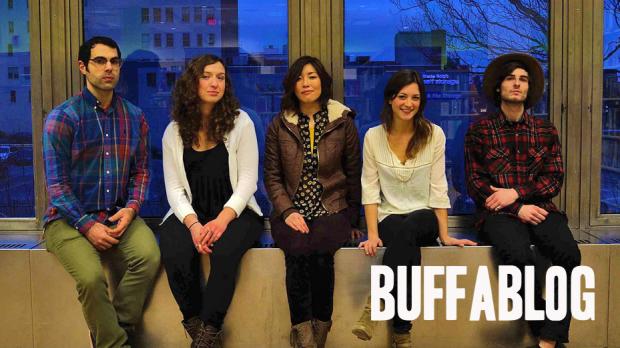 The chamber-folk group released the harmony rich lead single from its upcoming EP, A Kinder History, early last week. Tiny Rhymes will celebrate the release of the four-track EP—which is now available for download/purchase—at Pausa Art House on July 18.

This soon-to-be southern bound Koolie High member teased the release of his Leaders of the New Kool record with a Malt Disney-directed video for the lead single. LOTNK was produced with bizarre grittiness by Neckbone Rollins.

The Rochester garage-pop five-piece dropped the upbeat, island-flavored single from its upcoming split with Utica buzz band, Comfy. The EP will be available in full on August 7 through Miscreant and Dadstache Records.

“Bleary,” a dreamy jangle pop cut, is one of two teases shared by Rochester foursome Howlo last Monday. The track will be included on the band’s full-length debut, and will be released later this summer on upstart sister city label City of Quality Records.