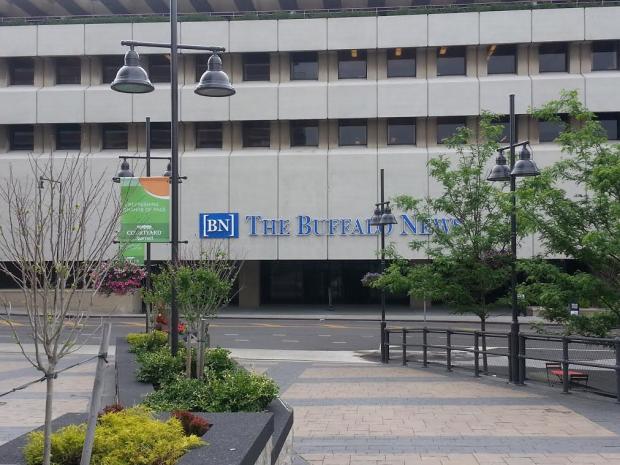 The Buffalo News Is Failing the City

If you ever needed a clearer example of how functionally inept the Buffalo News management is, look no further than only their most recent salvo in defense of one of their favorite sons, Louis Ciminelli.

On the very day that a corruption trial focused on Ciminelli and by extension the entire Buffalo Billion project commenced, the News editorial board, staffed by the senior editors and decision-makers at the paper, penned an extraordinarily obtuse missive to the Buffalo community, titled “Buffalo Billion is remaking the city.”

In a trial that begins Monday, a jury in a Manhattan courtroom will decide whether bids were rigged in contracts related to construction projects funded by the Buffalo Billion. But it’s important to remember what’s not on trial: the Buffalo Billion, itself, a monumental economic undertaking that has helped reignite Western New York’s economy.

Actually, the Buffalo Billion is absolutely on trial. By far the single largest contract awarded in the Buffalo Billion was a $750 million construction project awarded to LP Ciminelli, a firm formerly headed by a Louis Ciminelli. What is explicitly on trial is the allegation that the state’s request for proposals for the massive undertaking was written in a way that precluded any other company aside from LP Ciminelli from applying.

Ciminelli is a major donor to politicians, and donated nearly $100,000 Governor Andrew Cuomo’s campaign chest between 2009 and 2014, according to the Buffalo watchdog group Little Sis.

Just close your eyes and try to recall downtown before the Buffalo Billion and its infusion of taxpayer dollars. It’s not a pretty picture. The population in Erie County was stagnating, the economy was stuck in neutral and our collective civic psyche was bruised.

After years of neglecting Buffalo’s waterfront, the News is here tipping its hat to civic leaders for finally realizing that public investment in our natural resources might be a good idea. Okay. But crediting the Buffalo Billion for reversing negative population trends? We’re scratching our heads here. Does the News editorial board even read its own reporting, or even remember what they wrote earlier this year? Just this year, Jerry Zremski reported that since 2002, Buffalo has welcomed 15,380 refuges. This is the single greatest factor in Buffalo’s population boom, not the 500 people working at the Tesla factory or the Shark Girl at Canalside. And maybe it’s just us, but we think the state could do far better than $1.5 million per job at Tesla.

If population loss is such a big deal to the News, we eagerly wait for the editorial board to urge Mayor Byron Brown to become a sanctuary city or condemn Erie County Clerk Mickey Kearns for refusing to follow a prospective state law that would offer undocumented workers the chance to get driver licenses.

And by the way, nothing has materially changed for many Buffalonians aside from rising home values, which may benefit some middle-class homeowners but has put a squeeze on housing resources citywide. The roughly one-third of Buffalo and 44 percent of its children who live in poverty hasn’t changed this past decade. Try walking a mile west or east from the Buffalo Club and come back to us about the condition of “collective civic psyche.”

Now we have the Buffalo Niagara Medical Campus, Canalside, and the Tesla solar panel factory – which itself received three-quarters of a billion in funding. There’s also the Athenex drug factory and the IBM data analytics hub. All of these projects were created or improved with funding from the Buffalo Billion.

Not a single one of these developments escaped solid reporting and scrutiny from our partners at the nonprofit journalism center Investigative Post. At the same time, not one of these issues were reported originally by the News. Tesla solar panel factory? Subject of a bid-rigging corruption trial this week favoring Ciminelli. Athenex drug factory? Thanks to a $14 million dollar non-competitive “preferred developer” contract to Ciminelli. In fact, Paul Ciminelli was an early partner in Athenex. IBM data analytics hub that promised 500 high-end tech jobs? A sham operation filled mostly with subcontracted call center employees.

The News is weathering its own economic storm at the moment, cutting staff and operations en masse. This is a tough industry and there are no promises going forward. With the time and resources we all have left, we’re far better off pursuing the stories that really matter instead of openly puffing our favorite supporters and partners while they face corruption charges. If the News had been there at the beginning, and didn’t allow a four-person nonprofit to out-report them on the some of the biggest stories this decade, maybe they’d be able to withstand the gale force winds blowing through Canalside and hitting their building in the face.

Defending corruption is its own form of corruption. The sooner they open their eyes to this, the better it will be for all of us. No more favorite sons, no more police hagiographies, no more public relations for elected officials and the Buffalo Niagara Partnership. Comfort the afflicted and afflict the comfortable.