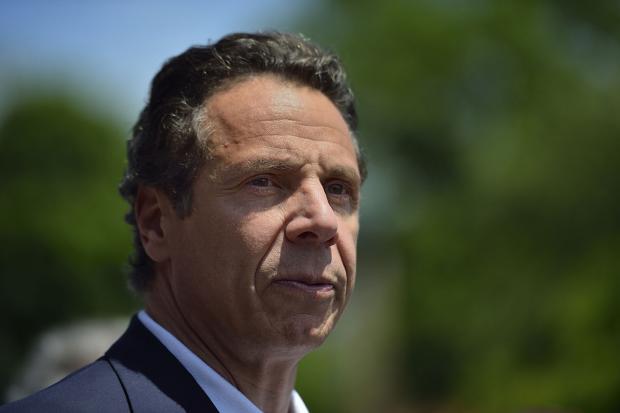 Should Governor Andrew Cuomo lose to the latest underfunded Republican county executive from Dutchess County, the winners will be Steve Bannon, Carl Paladino, and Donald Trump—all thanks to an angry former mayor of Syracuse.

If former Democratic state party co-chair Stephanie Miner makes it onto the ballot, then perhaps the passenger pigeon, the mastodon, and the royal Romanovs of Russia will once again rule the skies, the land, and an empire. Miner wants to be the candidate of a brand-new political party called the Serve America Movement, that was founded by former Republican operatives and Wall Street executives. Its platform is a nostalgic recitation of the cherished beliefs (free trade, fiscal prudence, environmental stewardship at least for grouse-hunting and fly-fishing) that Republicans used to hold when they were led by Ivy Leaguers, war heroes, and Episcopalians. That particular iteration of Republican politics ended in New York when Alphonse D’Amato defeated Jacob Javits, the Jewish WASP, a long generation ago. Bannon, Trump, and Paladino have recently turned the Republicans into the party of child abuse, fiscal profligacy, environmental crime, and the new world order envisioned by Vladimir Putin, Viktor Orban, and the latest Kim to survive the fratricidal succession intrigues of Pyongyang Palace.

Miner wants what she wants. When her Syracuse budget ran into the same wall that got Buffalo a control board, with recurring local revenues forevermore too low to meet recurring local expenses, she demanded unique, unconstitutional relief from police and fire contracts while actively undermining a long-running civic campaign to unify the city and county governments, the way that Toronto, Nashville, Indianapolis, and New York City did, all with great success. When Cuomo offered her a payment plan, she wrote an angry editorial for the New York Times excoriating him for failing to deliver cash, perhaps not recognizing that every New York city from Buffalo, Yonkers, Troy, Albany, Rochester, Elmira, Jamestown, et alia, faced then and faces today the “little box” problem: emptied centers, multiple suburban governments that subsidize middle-class idylls, and not enough tax-paying yuppies streaming back downtown to close the gap. When Cuomo offered the Central New York Regional Economic Development Council a $500 million check premised on some gesture toward shared services or amalgamation or cooperation—not a commitment, just a gesture—Miner as much as accused him of extortion. Cuomo wrote the check anyway, just as he’d done for Buffalo.

Cuomo, recognizing that capitalism isn’t the competently refereed fight it used to be, has strived to rescue the stagnant if sturdy Upstate cities that were made obsolete by sprawl and globalization—and by the loss of intellectual capital. The latest Brookings Institution studies and old Frank Sinatra songs both explain this phenomenon, the one artfully and the other not, as ambitious folks from across the fruited plain still shed their “little town blues” by going to the huge metros where costs are high but rewards higher.

That’s economics. Cuomo’s gamble was that by 2018, his investments would pay off in increased jobs and perhaps even a mote of economic sustainability in Buffalo, Rochester, Syracuse, and even in less-visible places that, in the eyes of Downstaters, who pay for them, barely matter.

Cuomo’s payback? The story isn’t precisely germane, but the title of the classic 1924 silent flick is: He Who Gets Slapped.

This is the week when Trump decided to prove to his new tough-guy friends that he is a tough-guy, too, and to show them, he’s picking on babies and their despondent parents who seek asylum. For Trump, the carrier of Bannon’s vision of becoming the baddest hombre of all, it’s politics: He and his humiliated Homeland Security moll, his humiliated attorney general, his enabling chief of staff, and his complicit Republican Senate majority think they see political victory in cruelty. The only Republican brave enough to dissent is John McCain, who lays dying.

Bannon, Trump, and Paladino may win, even here in New York, where a few percentage points to spoiler Stephanie Miner on a neverwuzzer plutocrat-party line, plus another few points to spoiler Cynthia Nixon on the solidarity-undermining Working Families Party line, may hand the governorship to what’s his name, the Dutchess County Executive.

We can also thank the guys who never learned the wisdom of the old farm saying: that pigs get fat but hogs get slaughtered.

This week, the trial of the great philanthropist Louis P. Ciminelli and his executives begins. They left an email trail with Dr. Alex Kaloyeros, who despite his PhD, his enormous salary, and his power, did not have the wit to know that one does not coach the bidders on a $750 million project on how to write the bid. Likewise the Ciminelli crew, notwithstanding everybody over the age of seven knowing that the thing was a foregone conclusion, decided to keep everybody in the electronic loop because, heck, impunity and entitlement and wired-ness are just how it is, so why not say so? There is a Syracuse developer or two in the trial, but the action is all about Buffalo.

Buffalo is the prize for an ambitious New York governor. If one can fix Buffalo, one can fix America. Fixing Buffalo means that a governor of the party of government, of policy, of constructive engagement with global capitalism has a case to make to be president.

Back when Republicans were also the party of governing, Buffalo and Rochester and Syracuse were also the testing-ground for two-term Republican Governor George Pataki’s plan to reverse the impacts of deindustrialization, globalization, and dependency. Buffalo got bioinformatics. Rochester got photonics. Syracuse got advanced manufacturing. Albany got another shot of money, under Pataki, for the late Mario Cuomo’s nanotechnology project. Short-termer Elliot “Client Number Nine” Spitzer’s administration came to Buffalo with a similarly ambitious plan, demonstrably serious because he turned over two portfolios to Spitzer’s policy chief—the state university system, and the Upstate economy, but ex nihil nihil fit.

Then came Andrew Cuomo, with a more precise understanding of ambition, but this time with money, with organization, and with new talent, including a genuine reincarnation of the fabled Dollar A Year Man Bernard Baruch from the New Deal, in the person of Buffalo’s own Howard Zemsky. Cuomo also brought brand-new regional economic development councils that actually sought expertise and not just insiders, plus a cool Buffalo Billion.

The plan: Use new technologies to solve the age-old problem of how to bring prosperity back to the Rust Belt.

The result: Well, Pataki started to put public money into the health sciences in Buffalo, but that money mainly became construction and development projects and not science or intellectual capacity. Spitzer was an eyeblink. Cuomo actually delivered the new Tesla plant on the former Republic Steel brownfield, the one that had previously produced only poison, allegedly leaking its ancient ugly secrets into the adjacent Hickory Woods housing development.

Cuomo also delivered on a large increase in the minimum wage. (Disclosure: Your commentator contributed testimony in favor of this Cuomo proposal.) Cuomo banned hydraulic fracturing and assault rifles, extended family medical leave and reproductive liberty and healthcare coverage and pension reform, as well as a litany of lesser but long-sought progressive goals—but still Cuomo faces a primary opponent who is characterized as being Left, and now a barefoot spoiler from Wall Street, too.

Bannon, Trump, and Paladino can smell the meat a-cookin’.

If you are confused about the Republican Party, cock your shell-like ears carefully, and listen for the sound of Republicans other than John McCain as they condemn Trump’s assaults on Canada, our North Atlantic Treaty Organization allies, and on the infants, toddlers, and pre-teens being held in cages while their asylum-seeking parents’ cases are being adjudicated.

In the Buffalo media market, Congressmen Chris Collins and Tom Reed are silent. The sound of crickets you hear echoes from State Senators Christopher Jacobs, Michael Ranzenhoffer, and Patrick Gallivan—even though state senators have a lot to say about how the New York State National Guard gets deployed to places like the southern border.

There is no daylight between Trump and any other Republican elected official.

Repeat: All Republicans, and their enablers, are, unless they tell you different, on board with the Bannon-Trump-Paladino plan.

And if you think that New York’s Republicans will sweep into office and clear out all Cuomo’s hog-like pals, and restore fiscal prudence (New York State’s budget is always in balance anyway, folks), and bring back all the extinct manufacturing jobs, mastodons, passenger pigeons, and Romanovs, then remember this: Extinct is forever. And Jacob Javits is still dead.