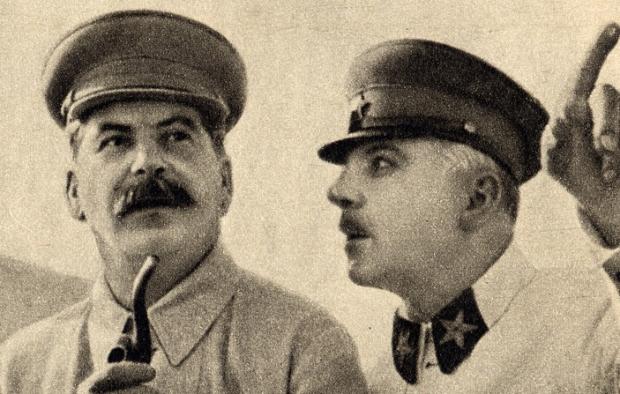 When Joseph Stalin made a speech to the Communist Party Congress in the Soviet Union, it was often interrupted by sustained ovations. It is reported by many historians of the period and confirmed by the contemporaneous minutes of the proceedings that the adulation would go on for many minutes. It is further reported from survivors of that dark period that the ovations would continue because those in attendance were afraid to be the first to stop clapping. The reason for this phony adulation was no one wanted to find him or her self in front of a tribunal for being an “enemy of the state.” Once charged with such a crime there was no chance of acquittal and the next stop was either the Gulag or the execution cellars.

On June 12, Trump held his first full cabinet meeting. It appears the first order of business at this meeting was a public pledge of loyalty to Trump himself and the public debasement of the office that each cabinet member holds. We have never seen such disgusting and anti-democratic behavior on the part of those who have been given enormous power to shape the direction of the country. It is a very dangerous trend. If this fawning cult of the personality should continue, the democratic freedoms we now have will be destroyed. Fascist authoritarianism and suppression of any political opposition, whether achieved with violence or without, delivers wealth and glory to a privileged few at the expense of the overwhelming majority of the people. It tolerates no dissent, and if needed and allowed will end even the pretense of democracy and the Bill of Rights.

Trump and his henchmen, led by neo-fascist demagogues, must move in this direction if they are to stave off defeat. They really have no choice. These people are not ordinary conservative politicians. They are practitioners of the black political arts, and want to align the United States with the international neo-fascist united front led by Putin and his allies in Europe and Asia, (including Le Pen, Farage, Erdogan and Duterte). To push this trend, they are constructing an ultra-nationalist and racist program. While it claims to be aimed at “elevating” the working class, in fact, it is nothing but a front for the gas and oil oligarchs in Russia and around the world. If successful they will plunge the world into a nightmare of economic depression and war.

Trump is their representative in the United States. He demands unswerving obedience and unquestioning loyalty. We know this from the experience with James Comey. He is seeking to bring to heel, even the “independents” in the Republican Party. He wants to limit freedom of the press. His group is moving in the direction of a party/state totalitarian regime, where only the leader determines what are facts and what is “fake.”

We are not living in “ordinary” times where debate is normal and facts are based on empirical data.

The defense of democracy, even as imperfect as ours, is the order of the day. There is no half-way measures or compromise in this fight. Trump and his henchmen have usurped the executive branch of government, and are seeking to purge those elements that are the first to stop clapping for the “great leader.” Let us learn from the tragic lessons from the past, and unite in opposition to this virulent and ugly form of American fascism.