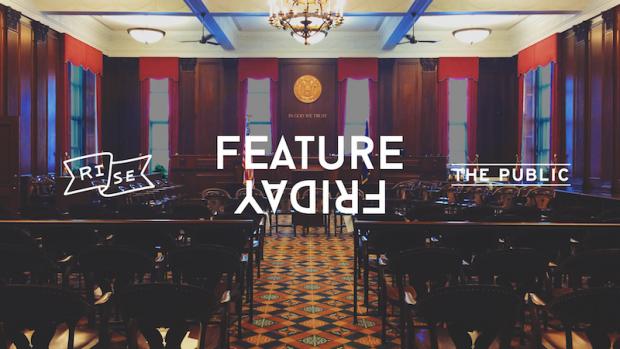 “It seemed ironic when, in 2012, I moved away from Chicago to study 19th century urban design in grad school. But I quickly learned that Western New York was a handsome architectural showcase in its own right. Though I live in Rochester—whose Victorian and Art Deco architecture are a joy to explore—Buffalo won me over immediately. Nothing like what I expected after seeing Buffalo ’66—it’s a city where great design, whether monumental or modest, has room to stand out and astonish. It’s no wonder, as Reyner Banham notes in A Concrete Atlantis, that Buffalo stirred the imaginations of European modernists. From atop City Hall, Buffalo is a veritable Whitman’s Sampler of architectural talent. Where else, in a single glance, can you take in Wright, Sullivan, Burnham, and Saarinen? City Hall can’t be part of its own panorama, but its massive Art Deco cutouts always remind you where you stand.”

“Every summer my friends and I all have new toys. This is the year of the scooter. It’s a damn fine way to get around. We usually don’t even know where we are going but that’s the point of it anyways. Buffalo is an awesome place to scoot in. Most of us live on the West Side and can get to any part of the city in no time with a hilarious adventure along the way.”

“This bride and groom currently live in New York City, but decided to celebrate their wedding in Buffalo where the bride was raised. Most of their 400 guests traveled in from out of town, (from as far away as India!), which added to the natural excitement and energy of their wedding day. There are many amazing and beautiful traditions we get to learn about and take part in while photographing weddings. A Baraat, (which you see pictured here) is a groom’s wedding procession. The streets surrounding City Hall were closed down so the groom could be escorted on a white horse, followed by 150 of his family & friends, music, dancing, and a live drummer to make his entrance at Statler city, where their ceremony and reception were being held. Once the groom unmounted the horse, his groomsman picked him up and the crowd started to cheer and chant his name, while the dancing continued around him, which is the photo taken here: An Indian Baratt, a groom making his procession, surrounded by his closest friends and family with the The Mckinley Monument peeking out behind him.

“Through my travels, I have always found it comforting to come across the friendly face and wagging tail of a dog. As I was photographing my own dog, I came up with coupling my love of dogs and Buffalo by creating Dogs of Buffalo. My mission is to capture the optimism of our beautiful city by featuring the welcoming face of a dog, photographed at an eye catching Buffalo landmark. Here, we meet Rudy, a Miniature Australian Shepherd, having a ball at Coca-Cola field, while watching the Buffalo Bisons! Rudy’s smile is what we love to share with Buffalo, for it captures the true spirit of the City of Good Neighbors. Through Instagram, we have been able to share dozens of photos of foster dogs, and almost all have found their “furever” home! Working with local organizations, such as Buffalo Cares, Fix-A-Bully, and The City of Buffalo Animal Shelter, is “pawsitively” wonderful. Share your happy-go-lucky, Queen City, canine with us, today! Woof-Woof! #dogsofbuffalo”