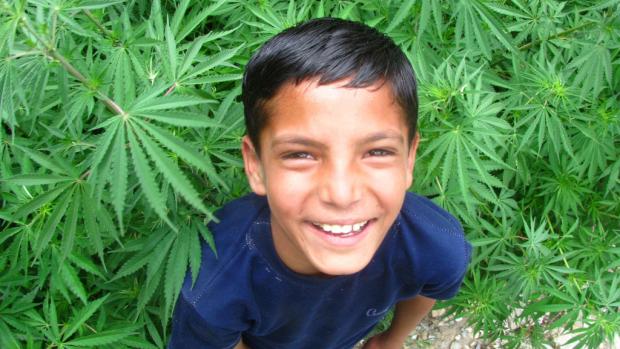 It’s happened twice in the last week. Just shooting the shit with an acquaintance, and the conversation goes to Baltimore and Ferguson and the problems black communities in America face. Par for the course, I mention that the drug war is a major issue, turning non-violent offenders into real criminals with jail time. If drugs were legal, I point out, not only would those kids not be convicts, but there’d be no revenue source for gangs and cartels, and the police wouldn’t be running down kids in the street for what amounts to black market business dealings.

Well, sure, my white, upper-middle-class friend says, pot should be legal, but what about drugs like cocaine? Surely that should still be illegal.

But what about the kids, they ask. Do you really want middle school, high school kids doing coke?

“Show me a teenager who can afford a coke habit, outside of an affluent suburb. If they can and want some, they’ll find it now. It’s probably harder for them to get a pack of smokes.” They laugh and nod. But still, they’re not sure.

The reason for this confusion is simple: If you’re a reasonably well-off white person, you know you’ll probably never get arrested for recreational drug use. You certainly won’t do time. That’s something that happens to poor minorities, not us. Drug laws are used to scoop up and warehouse young black and Latino men, and that was probably always their intent.

The first drug ban in American history was against smoking opium, a pastime of the Chinese, in San Francisco in 1875, and was clearly racially targeted, even to the point that it carved out an exception for the opioid tinctures that whites enjoyed. The next ban was cocaine in 1914, accompanied by a press frenzy about black men going crazy on blow and attacking white women. Similar stories accompanied the push to ban marijuana, only this time the focus was on Mexicans—in fact, the word marijuana was popularized as a way of obscuring the substance being banned and further associating it with scary foreigners.

It’s astonishing, the lack of lessons learned from alcohol prohibition. We banned booze in 1920, and then we took it back in 1933. Why? Well, let’s see: It made criminals out of normal people who just wanted to get a buzz on. It created a huge revenue source for organized crime. It made America a nation of hypocrites, just like every other drug prohibition law we’ve ever passed. And—pay attention now—it didn’t work.

It never works. Laws against any vice, from smoking weed to gambling to prostitution, never, ever work. They just fill courts and prisons with people who weren’t really bothering anyone, and enrich and empower criminal gangs while depriving the government of a lot of easy tax money. The only people benefiting from the drug war are people who produce and sell drugs, and the law enforcement agents, lawyers and private prisons that make a living pretending to do something useful about it.

Einstein never really said that the definition of insanity is doing the same thing over and over again and expecting different results. In fact, that’s a terrible and inadequately narrow definition of insanity, but it is a good example of blind stupidity, and it describes the drug war to a T. If our goal is really to get people to use less drugs, we’re doing everything wrong. A famous RAND Corporation study found that drug treatment is many times more cost-effective than any other method, including jail time, at reducing drug use and serious crime, but over 50 percent of our prisoners are in for drug offenses, up from 16 percent in 1970. With all of those people in jail and the knowledge that America jails more of its population than any other country—in real numbers, not just per capita—does anyone think we’re winning this thing? Are we any closer to stopping drugs from entering the country, any closer to deterring people from doing drugs? No. All we’re doing is wasting time and ruining lives.

The situation in the drug-producing countries is much worse. Most of you will have heard some of the shocking tales from Mexico, Honduras, Colombia—cartels running cities, murdering any police that get in their way, and anyone else they feel like killing. All of this is enabled by the drug war. Drug lords settle disputes with weapons fire; legitimate businesses go to court. Which system seems better to you?

So, seriously, if you think these drugs should be illegal, ask yourself: Do you do these drugs? Did you just do them last weekend? Barring that, do you know anyone who does? Friends, neighbors, your friends’ children? If they (or you) got busted, do you think that would have a positive impact on their lives or those of the community? Probably not. But then, the only reason you could tolerate such contradictory thoughts in your own mind is that you know you’re never getting busted. Neither are your friends. And if their kids do, they’ll be able to lawyer it down to a traffic ticket. And those black/Hispanic kids in the crappy part of town, well they should probably go to jail anyway, right? They’re “thugs” and we’d rather they just not be around.

In the end, that’s what drug prohibition is about: controlling poor/minority communities. As long as these non-violent offenses are illegal, police have an open-ended justification for suspicion of virtually anyone. They can raid your house, search you, detain you; there’s always an excuse.

In reality, it just makes more sense to arrest people for real crimes—burglary, for instance. Whether a burglar is robbing houses to pay for drugs or not is ultimately irrelevant. Many people do drugs; most will never rob a house or mug a person. Some people never do drugs; some of whom do rob houses or mug people. Drug use is a meaningless benchmark for antisocial behavior. While that fact seems to be coming home to more people in regards to pot, many still see “hard drugs” in a different light.

Now, I’m not at all trying to say that coke and heroin aren’t a big deal. They can destroy people; I’ve seen it happen. But I’ve seen all of that happen under drug prohibition. The laws don’t stop it; they only make life a lot more difficult for the addict. Addicts don’t quit because of the law; they quit because they have to, because they’ve become slaves to powder. Legalized, such drugs would at least come under quality control standards, so you wouldn’t have kids dying on the spot because they bought a bag of pure fentanyl, for instance. By the same token, I never refused to do a drug because it wasn’t legal; I refused because it was stupid. Legal or not, I will never be a heroin addict. If it became legal tomorrow, I would not run out and buy some, because hey, guess what? It’s a terrible habit that devastates people. That’s why most people will never try it, legal or not.

Still, many seem to think that drug legalization would lead to a rise in drug use. Well, we have a real-life example of what happens in Portugal, where possession of all drugs was decriminalized in 2001. So what happened? Drug use decreased. Associated crime rates either decreased or were unaffected. Some have claimed that the decrease in drug use was contributable to other factors, but it seems clear that drug laws and their enforcement have either a negative effect or no effect at all on drug use. Even the most balanced analysis of the Portugal statistics I could find had to conclude that “There is essentially no relationship between the punitiveness of a country’s drug laws and its rates of drug use. Instead, drug use tends to rise and fall in line with broader cultural, social or economic trends.” So, in reality, we’re arresting all of these non-violent offenders (1.5 million in 2013) and spending all of this money (from 40 to over 50 billion annually) for less than nothing. Fifty-seven percent of the people we incarcerate for drugs are black or Latino, despite the fact that whites use and sell drugs at similar rates. Unless the drug war’s true purpose is to clear the streets of “undesirables,” it’s clear that it’s a tragic failure.

Meanwhile, those in relative financial comfort have an easy, legal path to get high—pharmaceuticals. Anyone with decent insurance can talk their way into prescriptions for opiates, anti-anxietals, amphetamines and all kinds of fun stuff. There are seemingly no taboos regarding age—I know people who were on Xanax or Adderall at age 14. These drugs are highly profitable in part because they are patentable, and because insurance pays for them.

So why are illegal drugs illegal? Alcohol is involved in 40 percent of violent crimes and, let’s face it, is the real “gateway drug” if ever there was one, but its legality is non-controversial, in part because it’s still illegal for kids—as, of course, any legalized narcotic would be. Now, we all know alcohol destroys people, families, and futures. I’ve seen different forms of addiction but alcoholism is among the worst, certainly in terms of behavior under the drug’s influence. Nobody, for instance, ever beat their wife because they were too high on weed. And yet, alcohol’s legality means huge tax revenues and profits for brewers, distillers, distributors and sellers. Bartenders and their customers are not stigmatized as lowlife criminals, and consequently they are not.

It would seem that marijuana legalization is on the horizon, almost an inevitability for New York. I certainly hope so. But we shouldn’t hesitate to consider doing the same for other, “harder” drugs. Again, making them illegal doesn’t make them or their users go away. It just makes them criminals. Supply will meet demand. There is no stopping it. What we can do is tax and regulate drugs, thereby starving organized crime, both domestic and international, cutting our prison population, court traffic and related expenses in half. And that’d be a hell of a rush.