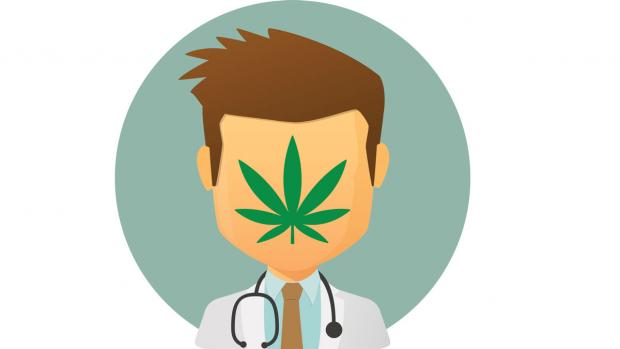 Medical marijuana is coming to New York, perhaps as soon as January. Forty-three entities applied by the state’s June 5 deadline to gain one of only five licenses to grow marijuana and convert it to a non-smokable form. Each licensed company will be permitted to operate four dispensaries, equating to 20 dispensaries for a state of roughly 20 million people. Eleven of the 43 applicants have interests in Western New York.

Observers had expected applicants to number in the hundreds, but the state’s guidelines weeded out the smalltime players and left an odd mixture of shadowy, newly formed LLCs headed by investment bankers, doctors, lawyers, businesspeople, and a few existing large growers of legal products. The companies for which ownership information is available are headed almost exclusively by males.

This process is not for the faint of heart or the lightly funded. Applicants had to fork over $10,000 to apply, in addition to a refundable $200,000 registration fee. Applicants also had to provide proof that they own or are leasing property that is suitable for growing marijuana.

And the application itself would keep a team of lawyers busy for days, if not weeks. The 66,000-page application from Western New York’s Alternative Medicine Associates, for example, was delivered to Albany last week on a pallet of bankers boxes.

According to SEC filings, one group of would-be ganjapreneurs downstate—Advanced Grow Labs New York, LLC—cobbled together more than $13 million in investment to get the cherry burning. It’s a great time to be a lobbyist in the Empire State.

Here are the 11 companies with ties to Western New York:

Alternative Medicine Associates: This company is a partnership between WNY Immediate Care’s Dr. Greg Daniel and Tanning Bed founder Dan Humiston. Humiston, an avowed abstainer, told Vice.com last year, “Just because I don’t use cannabis doesn’t mean I don’t love the business of it and I don’t see opportunities in it.” Humiston has said he’d like to convert the former Tyson chicken plant in the First Ward for his grow operation.

Butler Evergreen: Scott Marshall, the owner of a biomedical animal breeding company in Wolcott, has partnered with Dr. Luke Peppone from the University of Rochester Medical Center and plans to grow in Wolcott and open dispensaries in Buffalo, Rochester, Syracuse, and Binghamton.

Compassionate Care: Formed this past April, the LLC notice lists Blasdell attorney Robert Walsh as the company’s representative. Reached by phone, Mr. Walsh stated he was not ready to discuss his client’s plans.

Empire State Compassionate Care: Led by a group with experience launching MMJ business in Colorado and New Jersey, Empire State told the Buffalo News they have plans to repurpose a funeral home on Kensington Avenue in Cheektowaga.

Far(m)ed New York: Headed by the Atwal family of eye surgeons who also own farmland in Niagara County, Far(m)ed plans to grow in Wilson and operate dispensaries in Cheektowaga, Henrietta, North Syracuse, and outside Binghamton.

Great Lakes Medicinals: Little is known about this company outside the fact that they’ve been paying $8,000 per month to an Albany law firm for lobbying services since last July and that the company is based in the Rochester suburb of Webster.

Herbal Agriculture: Gary Smith of H2Gro, a hydroponic tomato operation built beside the Modern landfill in Niagara County, has been angling for a license to grow marijuana using landfill-supplied methane gas energy for years, and employed the services of embattled lobbyist Steve Pigeon’s PAPI consulting under a former LLC name, Lewiston Greenhouse. That these landfills exist nearby a sordid collection of Manhattan Project-era radioactive materials should lead to some very creative names for his product, should he succeed.

Kinex Supportive Pharmaceuticals: Little is known about this company, but it appears connected to Kinex Pharmaceuticals which is housed inside the New York State Center for Excellence in Bioinformatics on Ellicott Street in Buffalo. Calls to Kinex were not returned.

LabCare: This company has a website that offers vague information about plans to service five Western New York counties (Erie, Niagara, Genesee, Monroe, Cattaraugus). Reached by phone, LabCare declined to comment at this time, but plans a press release in the near future.

Ross John Enterprises (Good Leaf): Ross John has been described as a “veteran Seneca businessman,” who in 2013 was appointed to the Seneca Nation’s first-ever Economic Development Commission, responsible for cultivating ties with Albany to aid Native businesses. Further plans have not been announced.

We’ll be tracking the smoke as it rises, as well as the tens of thousands of dollars that will be spent on lobbyists and campaign contributions.